Cars judged, votes counted and now we have this year’s Autobest’s result. The SEAT Ateca, the Spanish maker’s stylish new compact SUV, ran out the convincing winner of “AUTOBEST 2017,” it was announced last week.

A panel of 31 Europe-based journalists make up the AutoBest voting panel (only one per country, with myself representing the UK), the award focussing very much on cars for ‘everyday’ mainstream car buyers. Price, running costs, parts etc are all factored in. 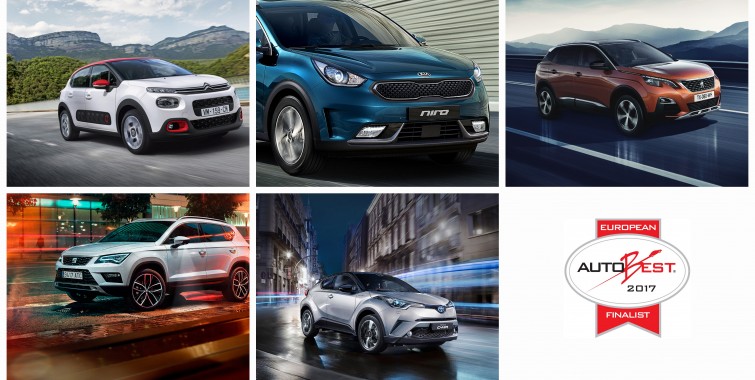 After some spirited discussion, the SEAT Ateca was one of five cars that made it through to the AutoBest final test session which this year took place in late November in Vairano in Italy.

Completing this ‘Final Five’ line-up, we had the new Citroen C3 and Peugeot 3008, the Kia Niro and Toyota CH-R.

In a clear reflection of the way the industry is moving right now, for the first time ever,  four of the five contenders were SUV/crossovers. Two also came with hybrids. Who knows, in 5-10 years time, maybe they will all be EVs…. 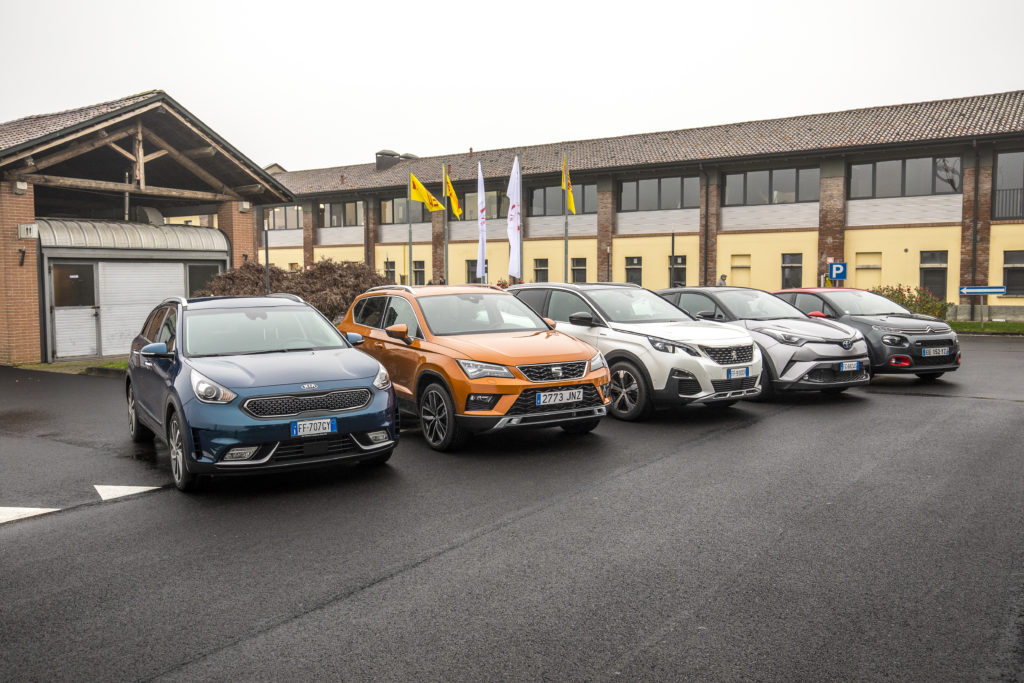 In Italy, we had an extensive two-day test session on both road and track. Representatives of the five manufacturers then presented their cars in detail to the AutoBest jury one after another in an open and insightful evening session at the track. Thereafter, the AutoBest jurors retired to consider their verdicts… 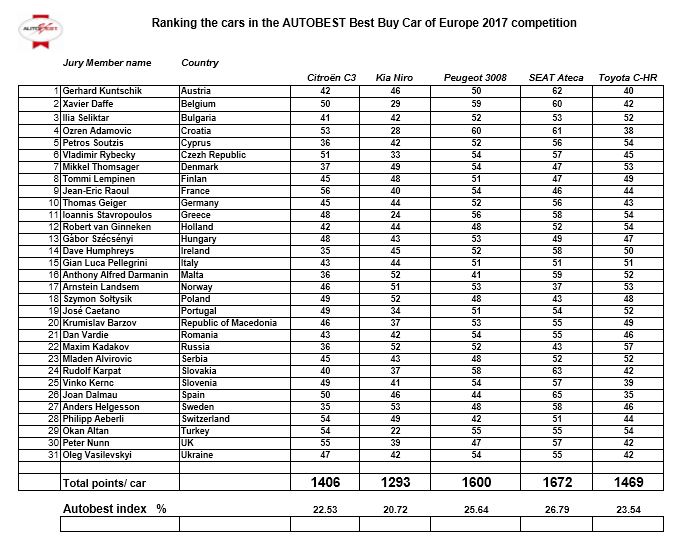 As you can see from the voting table, it came out as a clear run to the top step of the podium for the SEAT Ateca. Attractive design, good packaging, excellent dynamics (especially in 1.4 TSI petrol guise), strong price, decent economy and all up rationality gave it a strong showing on the scorecards. In fact, 18 AutoBest jurors gave Ateca their highest scores.

The AutoBest award is the first major international title for the Ateca and comes at a time when Barcelona-based SEAT under the leadership of Luca de Meo is clearly on the move.

Peugeot’s massively improved 3008 SUV was not that behind in second place. Third was the striking new Toyota CH-R. The new Citroen C3, came in fourth (personally, I placed it second…) with the Kia Niro finishing up fifth. 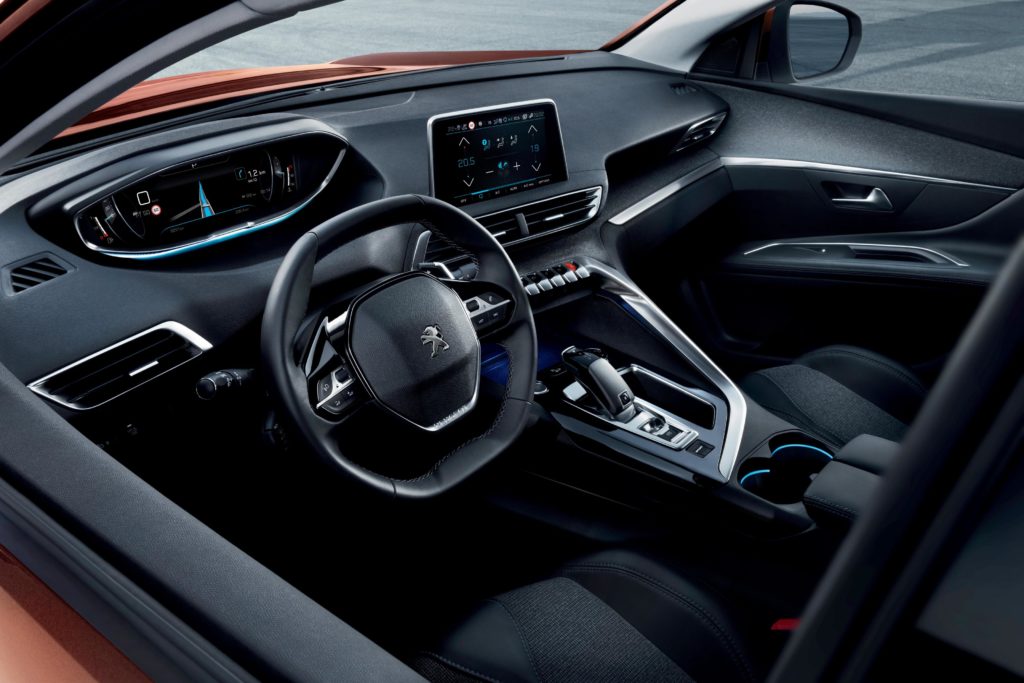 Peugeot meantime still has much to celebrate. The mould breaking i-cockpit design in the 3008 won AutoBest’s “SMARTBEST 2016” prize. Kudos to Peugeot for trying something different with this sci-fi mix of customizable digital display, accompanying touchscreen, compact steering wheel and jazzy centre console.

PSA chief Carlos Tavares has been honoured with AutoBest’s “MANBEST 2016” award for his effective turnaround of the giant Peugeot-Citroen group. Accomplished both in the boardroom and behind the wheel, Tavares is a captain of industry much deserving of this award

For “SPORTBEST 2016,” AutoBest went with Formula E, the buzzing electric-powered single seater series that’s clearly growing day by day in awareness and influence as the world switches on to EVs. Specifically, the award goes to Alejandro Agag, the CEO of Formula E Holdings. 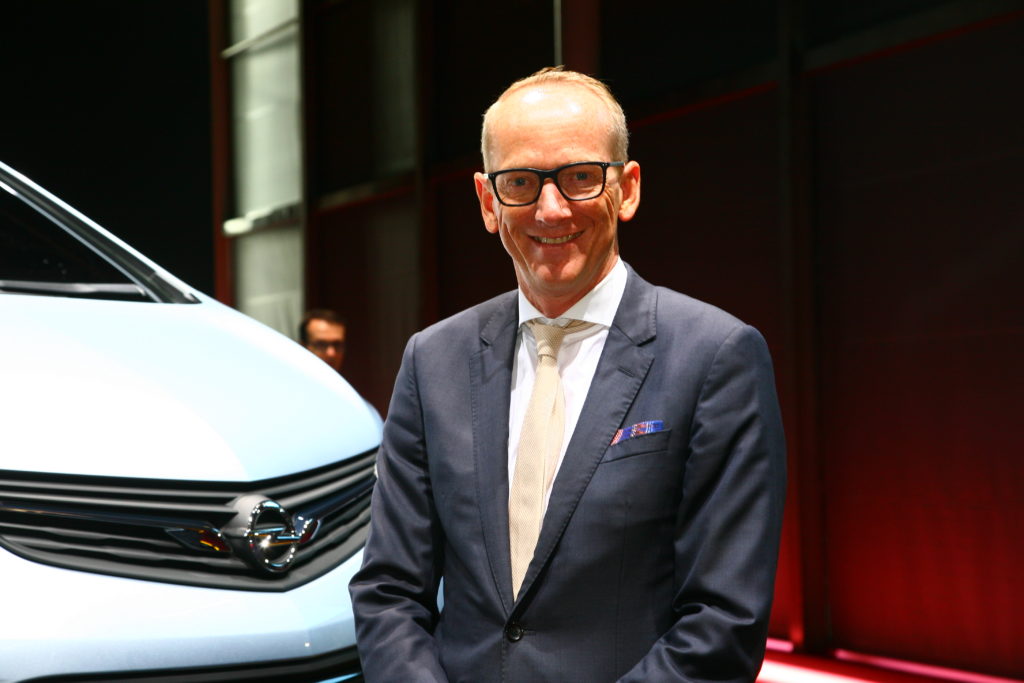 Rounding out this year’s AutoBest awards, “COMPANYBEST 2016” goes to Germany’s Opel, now a much leaner company effectively rebuilt under the stewardship of Dr. Karl Thomas Neumann.

At September’s Paris Salon, Opel rolled out the Ampera-e, effectively a Euro version of the compact, all-electric US Chevrolet Bolt hatch. With claimed range of more 300 miles, the Ampera-e symbolizes the next wave of mass market EVs to hit Europe. The Ampera-e wins “ECOBEST 2016” even though regrettably it seems there isn’t to be a UK RHD version… 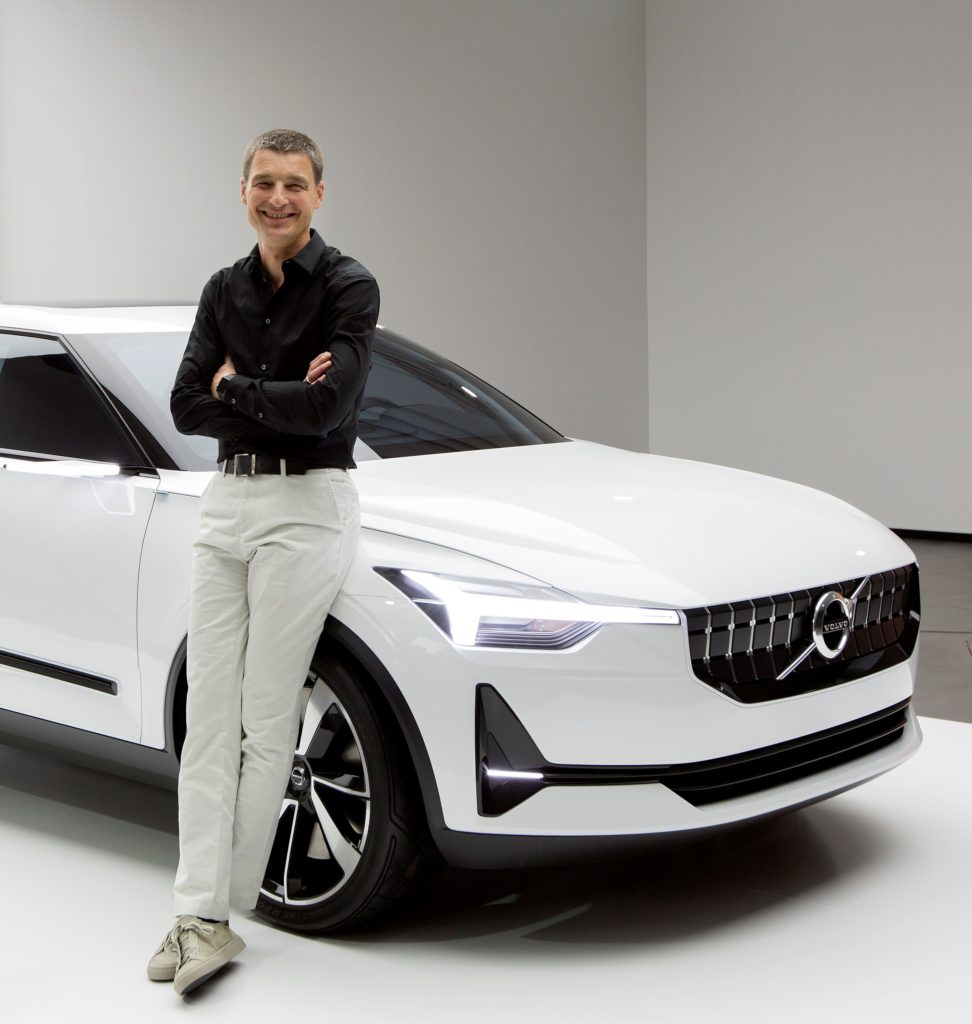 Last but not least, “DESIGNBEST 2016” goes to auto designer Thomas Ingenlath of Volvo. His creative path to Volvo’s inspired new design language as seen in the hit XC90 and V90 models has been widely acclaimed throughout the industry.

Stand by for a big AutoBest ceremony in Lisbon in early February 2017 where all the winners will receive their prizes and the SEAT Ateca, especially, will be the toast of the town.