Citroen9
Citroën has had a good thing going with the C4 Cactus, its distinctively designed compact hatch which first appeared on the...

Citroën has had a good thing going with the C4 Cactus, its distinctively designed compact hatch which first appeared on the market some four years ago. 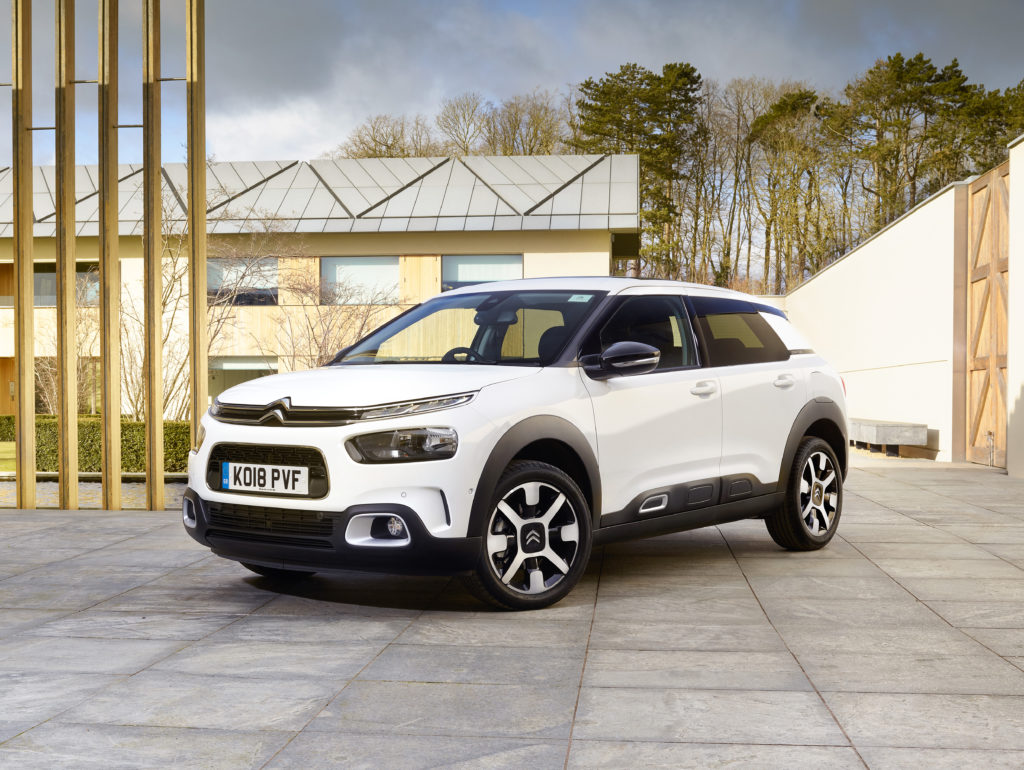 Today, we have this new look C4 Cactus and it takes just a few miles behind wheel to ascertain that this latest edition, extensively revised for 2018, has moved the C4 Cactus on to the next level. 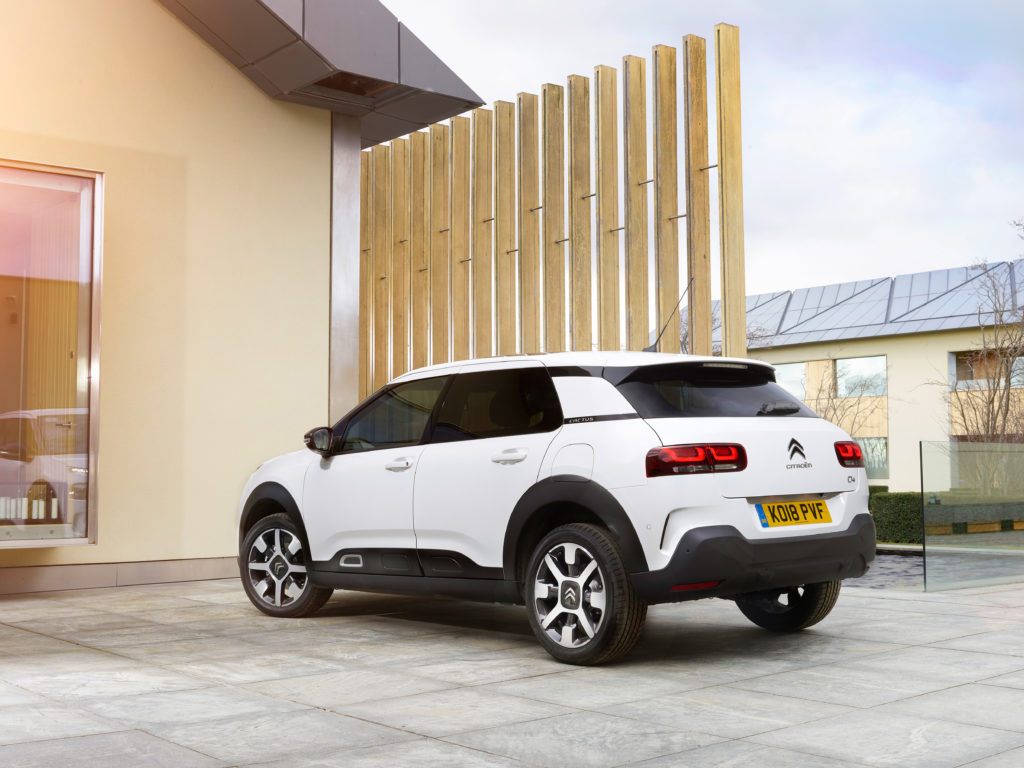 For one thing, it’s extraordinarily comfortable to drive, smooth and refined and there’s a new quality look and feel to the reshaped cabin, too. At Citroën’s recent drive day, I drove four different versions of the car. Then a couple of weeks back, another spell on some picturesque B-roads near Castle Combe was another insight into the new Cit’s all round appeal.

Truth be told, in its class, the C4 Cactus has been one of the revelations of year so far. It just drives so differently, with a soft, supple dynamic style redolent of classic Citroëns of the past yet without the same precipitous angles of body roll and overly soft suspension. 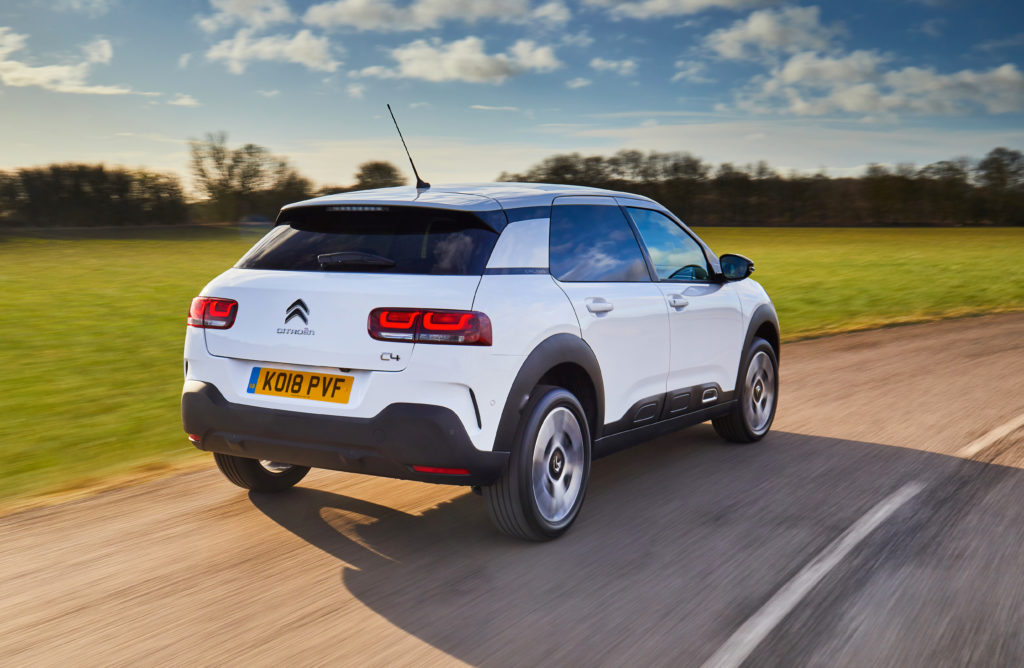 It handles keenly too, in its own idiosyncratic way. In a world of me-too cars, I really like things like that, plus its engagingly left field character.

Not that I’d have guessed as much when I first saw the new C4 Cactus firmly under wraps at Citroën’s design studio in Paris. In the metal, frankly, it looked rather tame, especially alongside the sparky C4 Cactus that we’ve known to date. 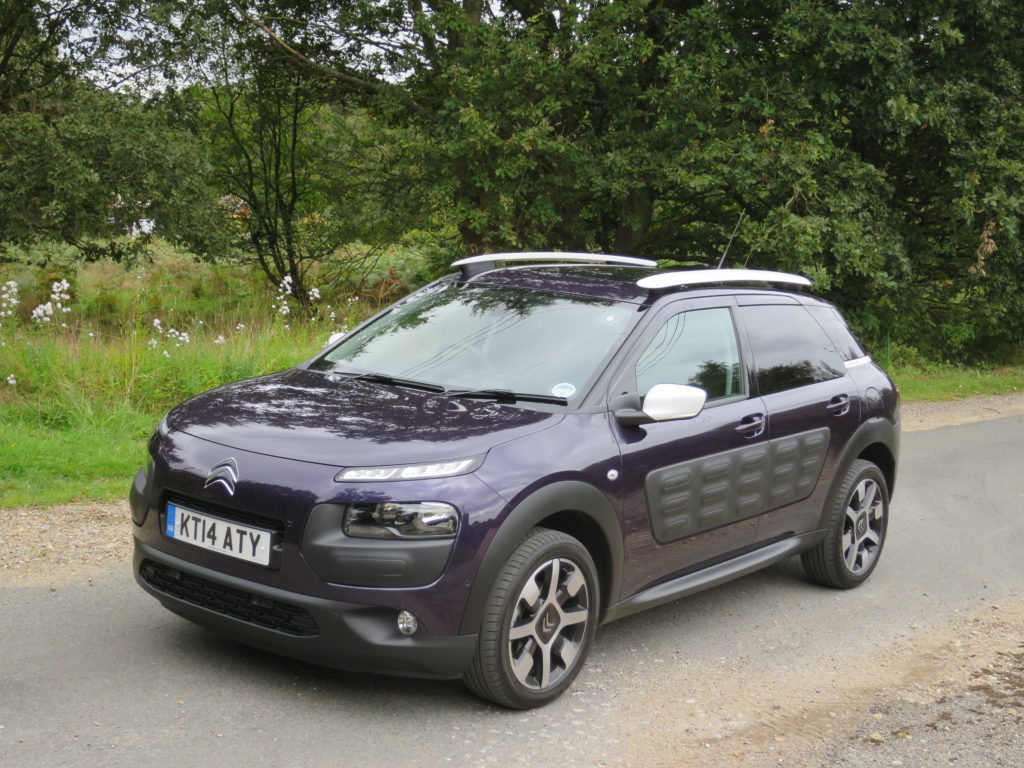 Conspicuous by their absence are the Air Bumps that have been the car’s forte to date. Widely praised by the media for trying something new, the big Air bumps adorning the sides of the original C4 Cactus certainly garnered rave notices in the press (and protected the doors), but in the showroom alas they proved too divisive. 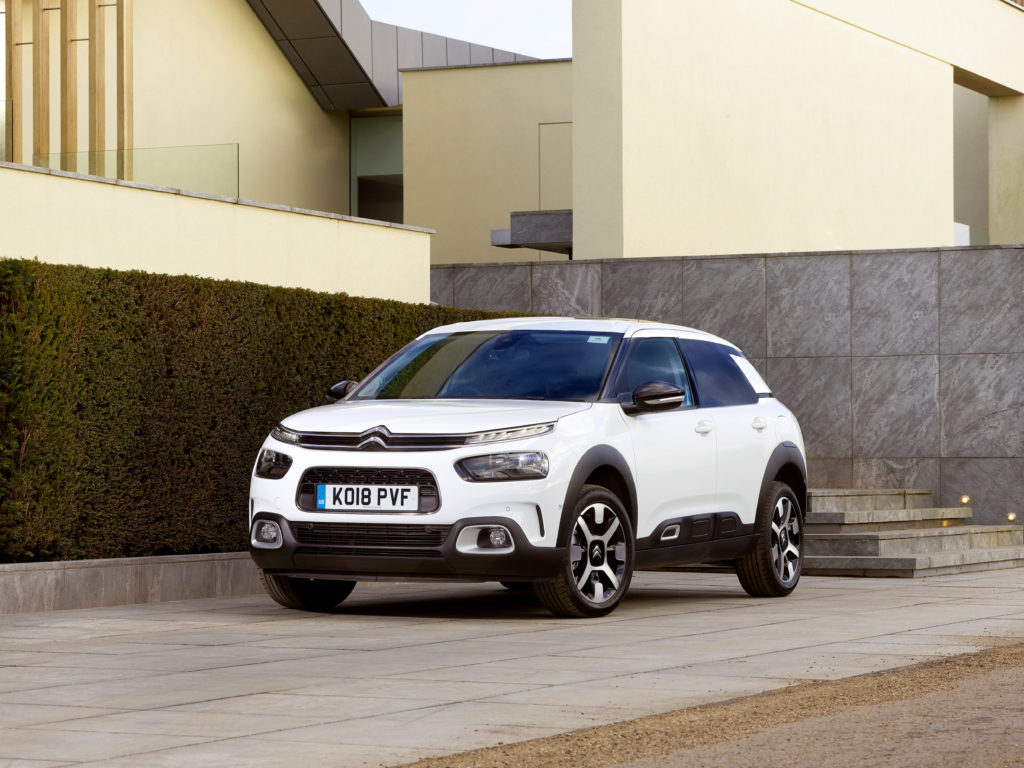 So they’ve gone now, or at least been radically downsized. The C4 Cactus thus looks much cleaner now, if less innovative, with updated front and rear ends also part of this extensive 2018 facelift. 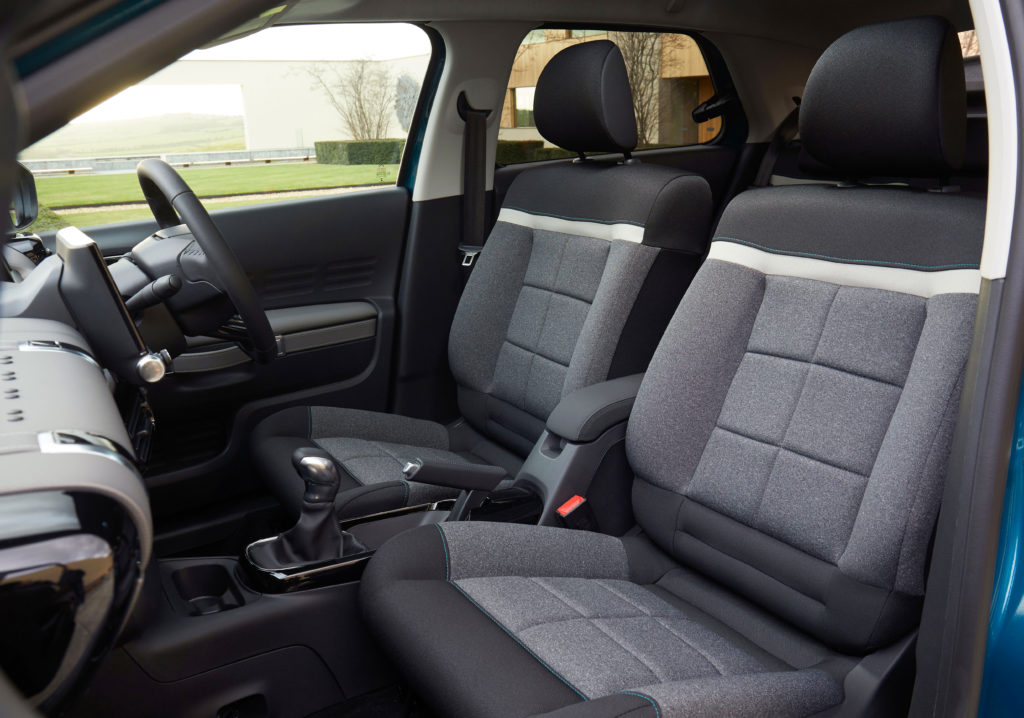 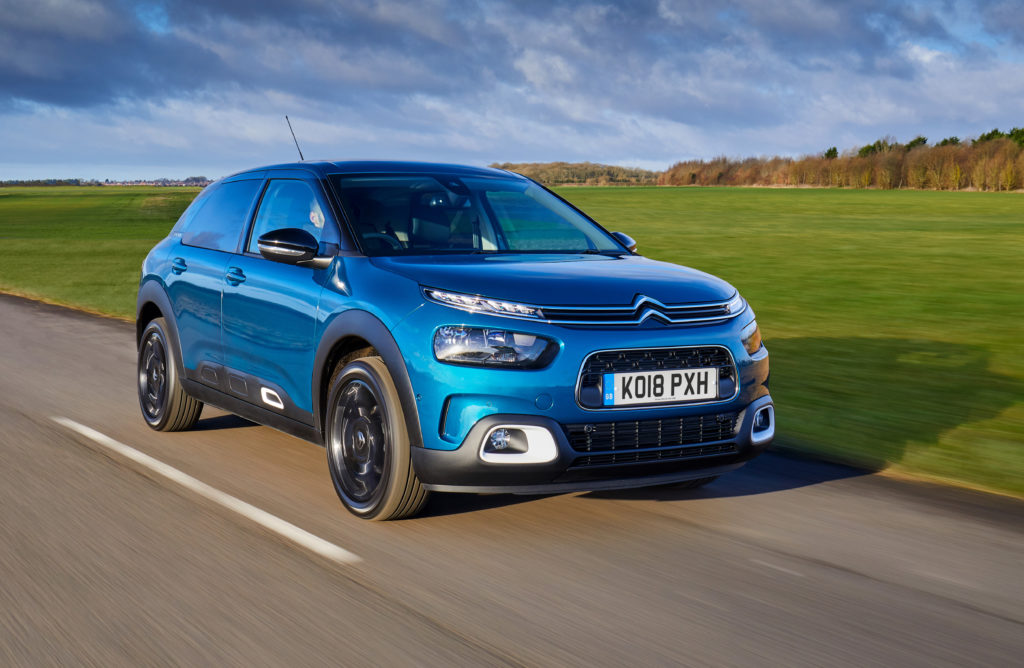 Citroën is now making ride comfort central to its brand message. Inside, those broad, designer chic armchair-like seats (available in three colours) are something else.

With the PHC suspension, Citroën has added two hydraulic cushions to each damper unit to bring tighter than normal control over compression and rebound strokes. Simple tech compared to the hydropneumatics Citroën pioneered in the past, but it works. 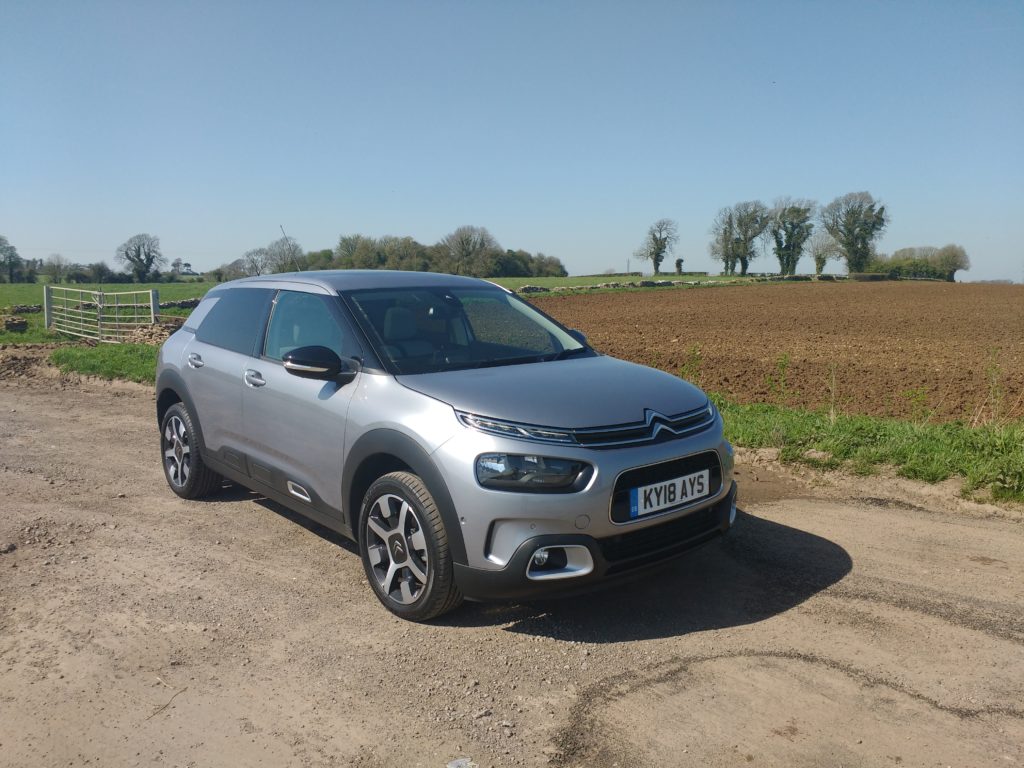 Citroën obligingly found perhaps the roughest local section of chaussée déformé (rather similar to above) yet the C4 Cactus sailed over it unperturbed, all the road harshness absorbed away to nothing while the body remained composed and level throughout. Impressive. 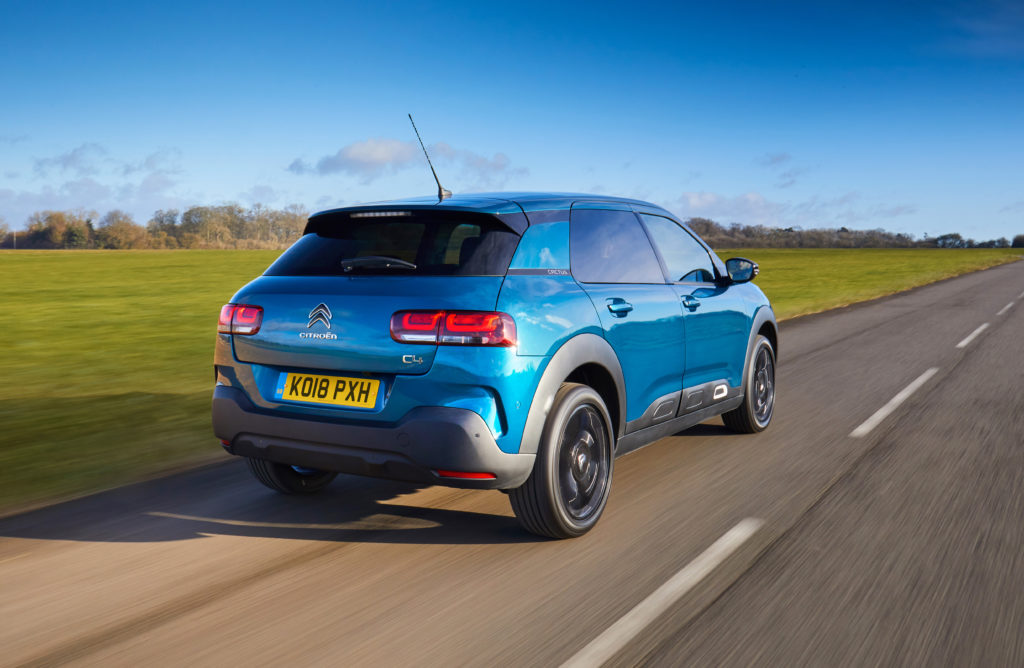 In today’s climate, you wonder who would go diesel in this class so perhaps the best all-rounder would be the 110 ps petrol. Almost as fast as the top 130 ps unit, and with better combined fuel consumption (65.7 mpg) but only five (instead of six) cogs in the manual gearbox. Alternatively, a well resolved 6-speed auto box is also up for grabs. 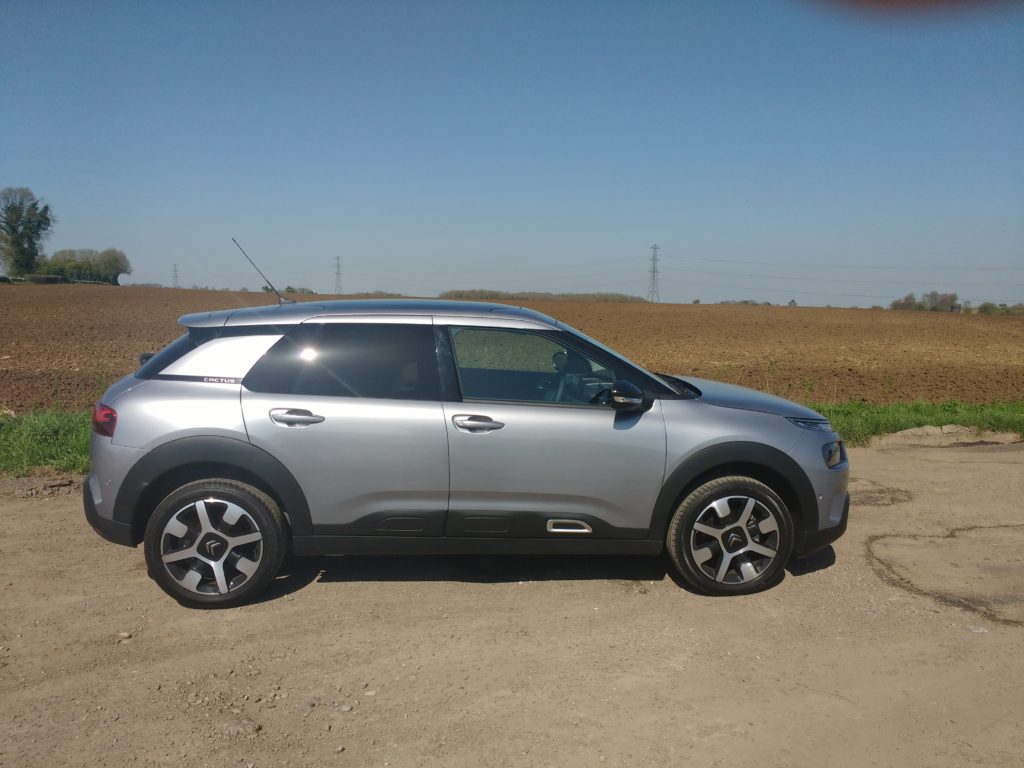 There are two trim levels on offer, Feel and Flair, and it’s the latter you’d really want with its higher spec. But there’s also a limited time offer on a 82 ps Feel Edition model. 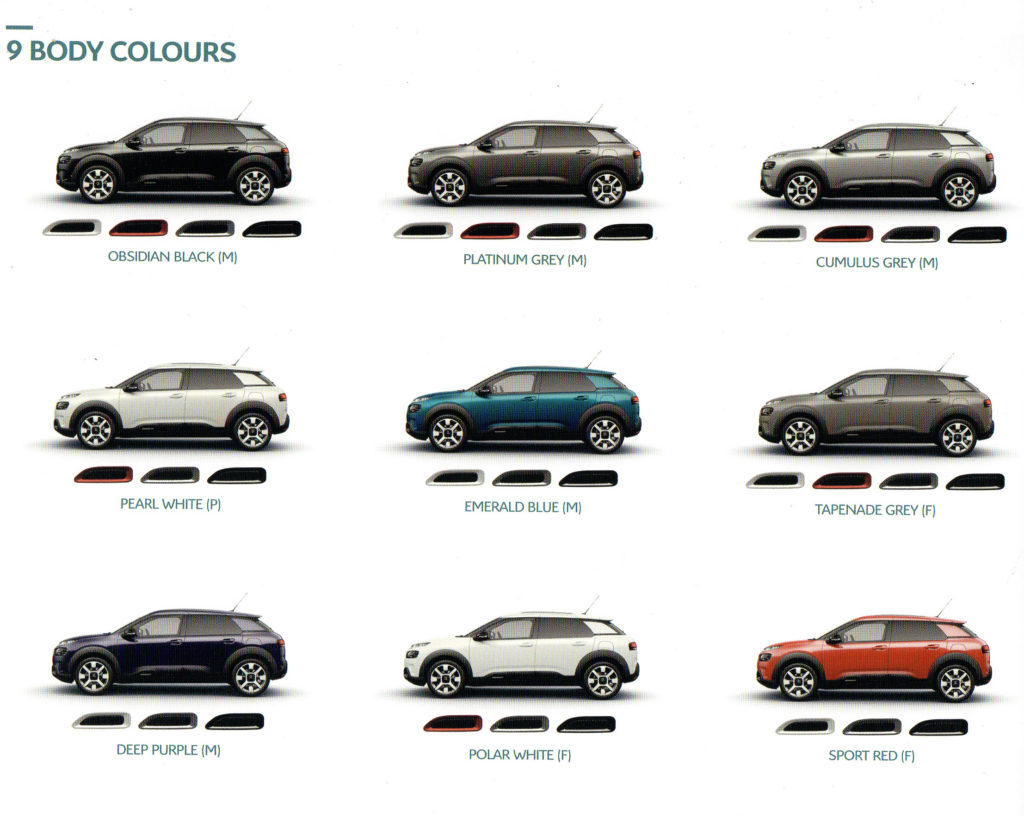 True to form, the C4 Cactus comes with a huge range of personalization options (nine colours, four colour packs, four interior ambiences) and full array of safety kit. Prices start at £17,265 OTR. In the colour charts, good to see that Citroën’s ‘Deep Purple’ carries over. Perhaps somebody inside Citroën’s Paris HQ really is a heavy metal fan (but then what about Simply Red, Green Day, Yellow Submarine etc?). I think we should be told….

So looking good, then. Is there a… but?  Well, rear kneeroom is a bit tight and the lack of fully opening rear windows is not great, in my book. Amazing that PSA still persists with this kind of thing in this day and age… 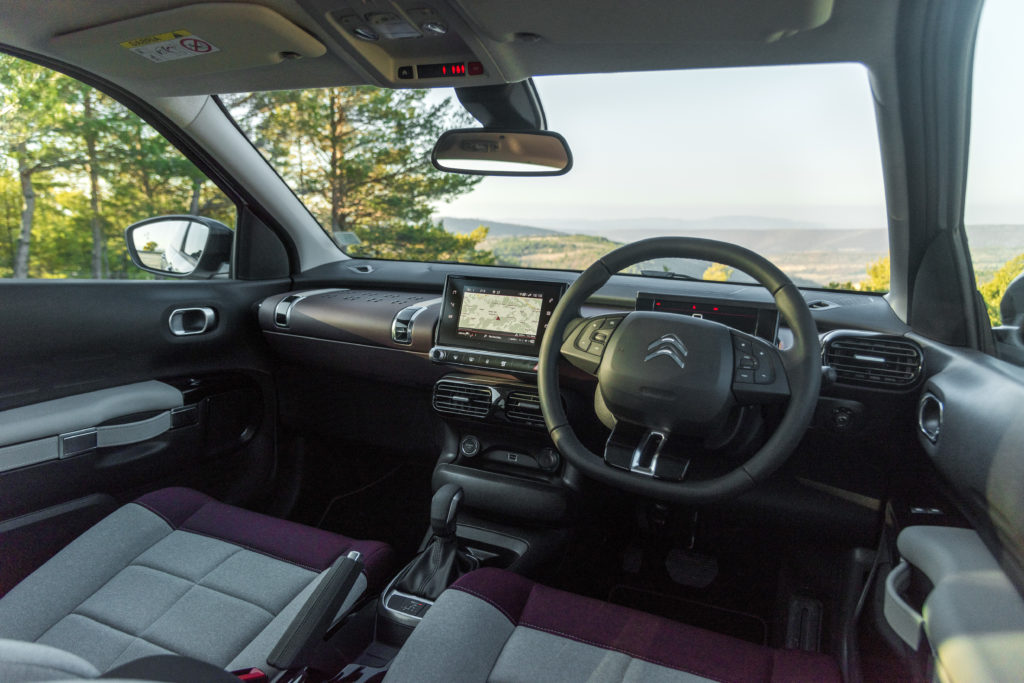 Happily, the rest of the cabin has an appealingly upscale look and feel to it, plus some super design details such as the dashboard straps and door pulls. Hardly an inch of the proverbial grey plastic to seen….

So what of the future? Well, next year Citroën celebrates its centenary in France and there’s talk of a number of special events and surprises being lined up for 2019. 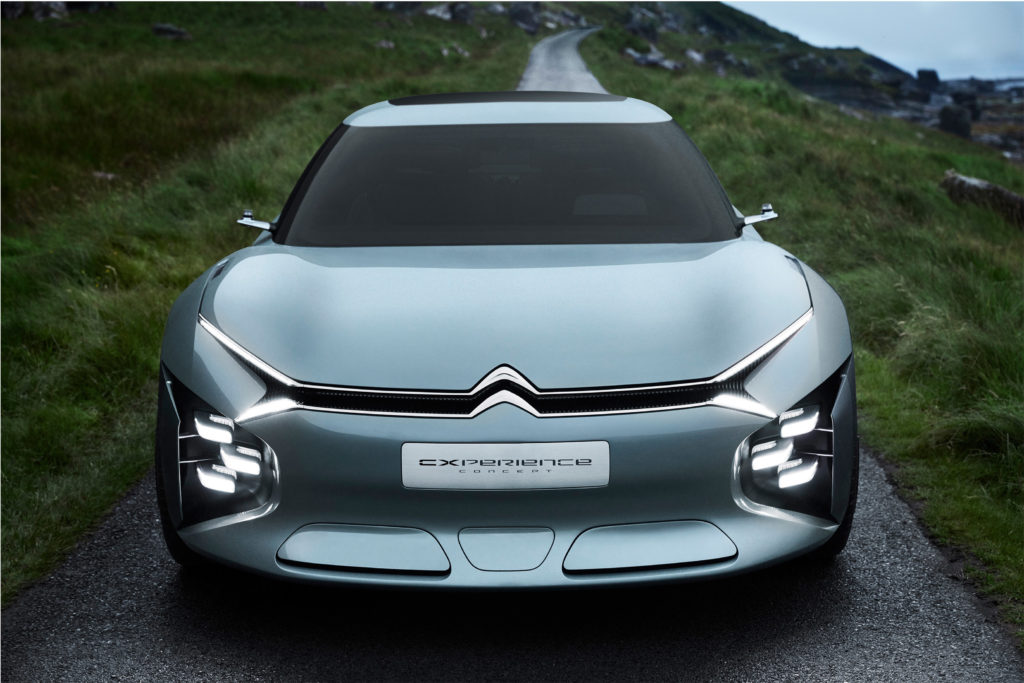 Such a surprise might well include a new Citroën C5 and even a new C6, taking Citroën’s wild 2017 CXPERIENCE show car, above as a guide. It’s believed to be true signpost to Citroën’s future. At the same time, Citroën is a marque with an incredible history, of course…. 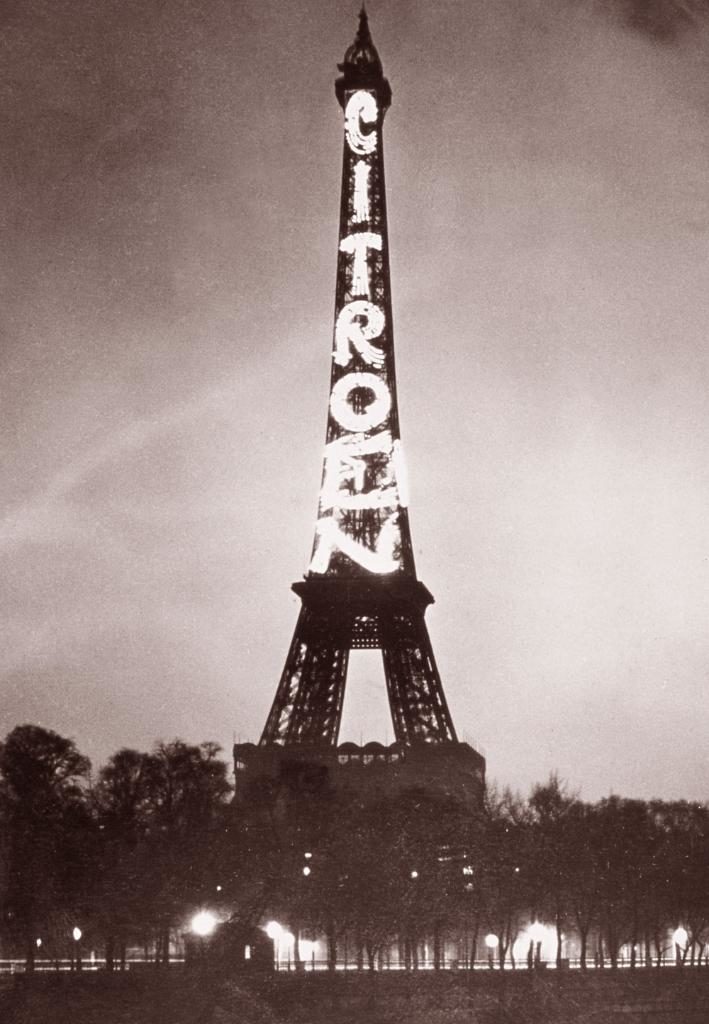 Yes, Andre Citroën the company’s enigmatic founder once famously had the Eifel Tower lit up with Citroën’s logo. That was way back in the 1920s. You just wonder, could Citroën do the same again for its 100 year anniversary in 2019? Remember, you read it here, first…. 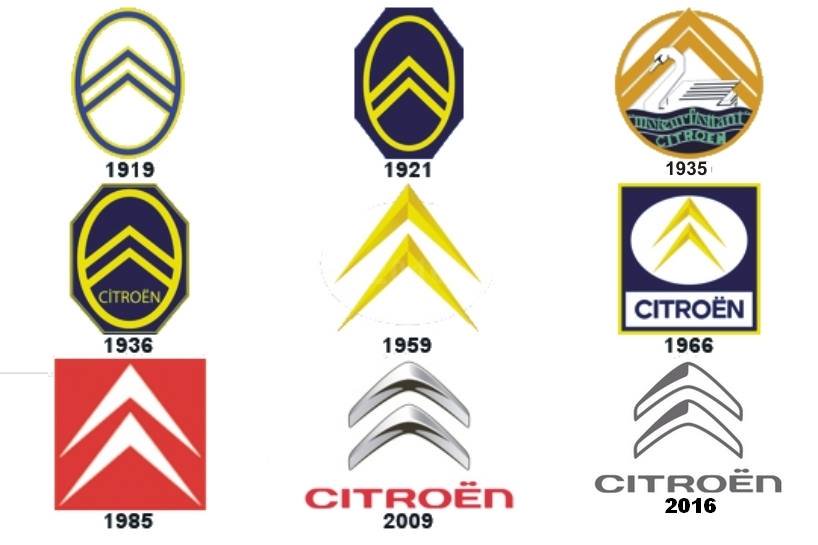 Good times then for the Double Chevron marque which has not only rediscovered its roots but seems well in tune with today’s market moods with keen new entries like the C4 Cactus.