When you look across the Japanese car industry, it’s remarkable how well the cars and companies are known, yet the executives...

When you look across the Japanese car industry, it’s remarkable how well the cars and companies are known, yet the executives and engineers less so, behind the scenes.

Take Mazda as a case in point. Everyone knows and loves the MX-5 and Mazda’s rotary engine is the stuff of enthusiast legend.

Go back to the beginning however and if there’s one man central to their overall creation and unique engineering spirit that still runs through Mazda’s DNA, it would have to be Mr. Kenichi Yamamoto, one of Japan’s true automotive legends. 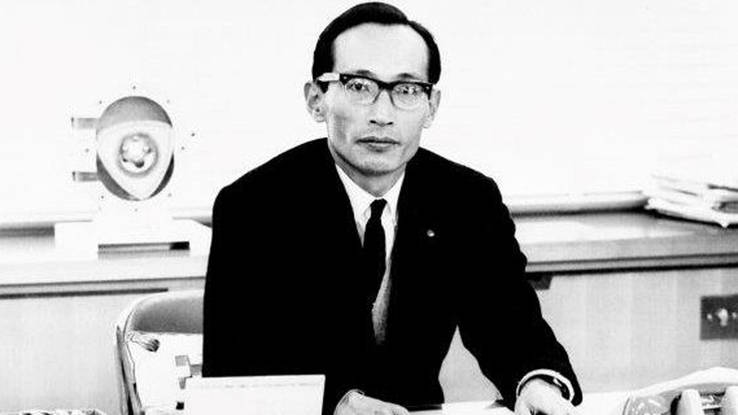 A feisty character who overcame insuperable problems to get the rotary right and bring it to market (where others failed), Yamamoto rose to become Mazda’s R&D chief in 1978 to coincide with the first RX-7 and then company president in 1984. 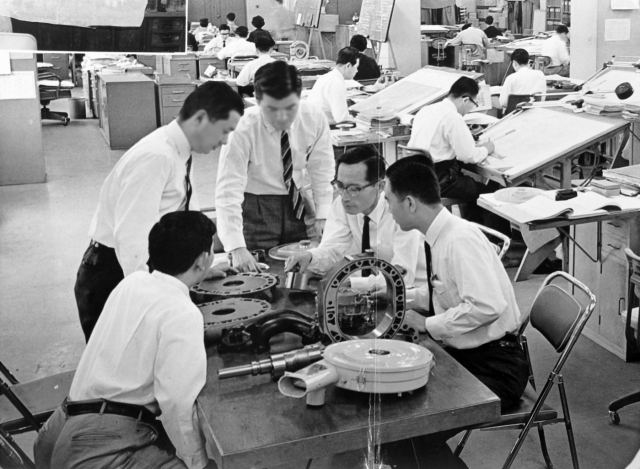 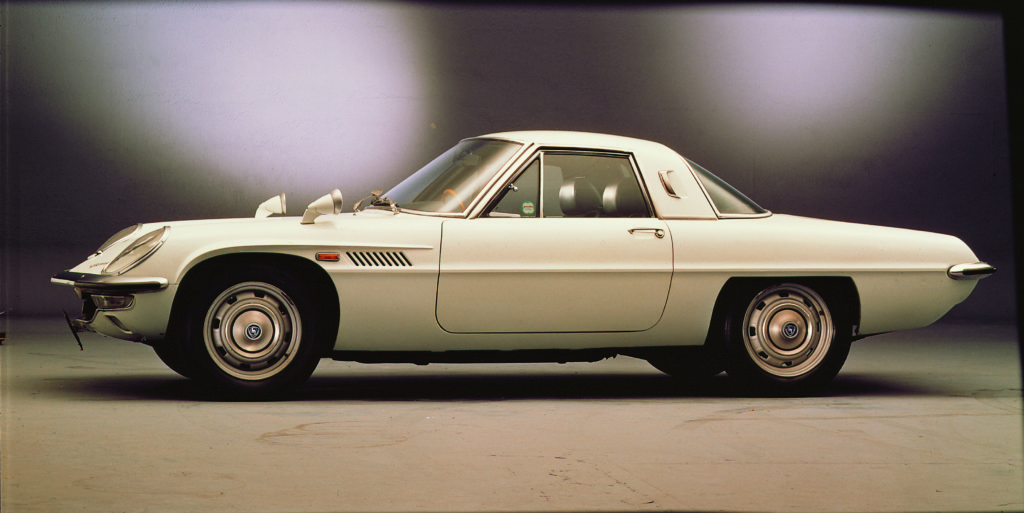 Tributes were quick to appear online, with Jalopnik in the US penning one of the best, as the cars he helped create like the original 1967 Cosmo 110S, the RX-7 and MX-5 have long held their deserved place high up in the Japanese enthusiast pantheon. 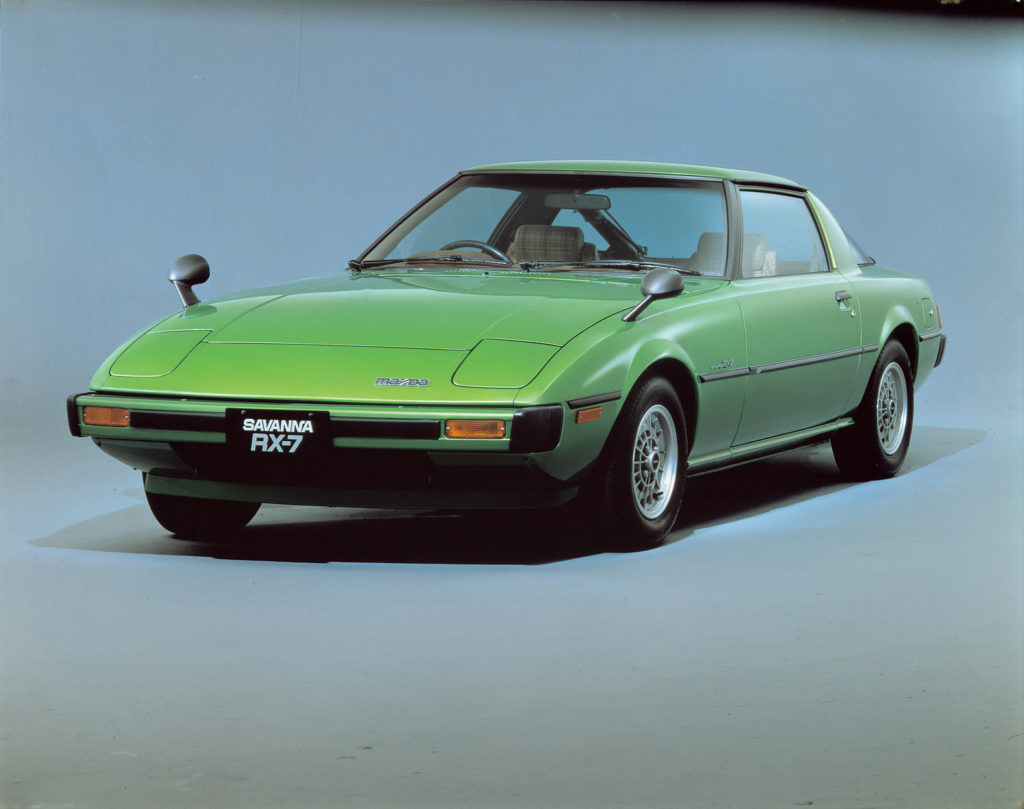 For anyone under the age of 40, however, Yamamoto’s name may not be well known yet his was the driving force that bought Mazda’s first rotary to market just over 50 years ago, putting Mazda on the map, creating a culture that’s still alive inside Mazda today. 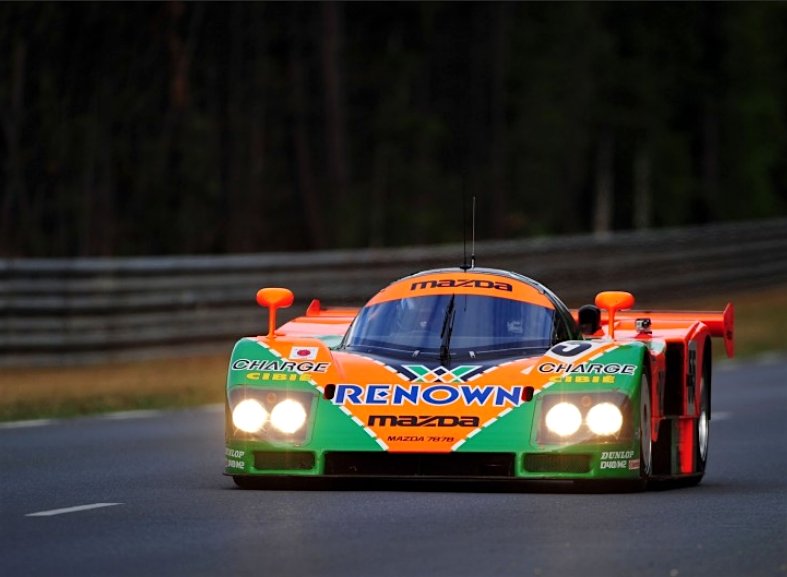 Yes, the rotary has its critics but in the RX-7, this light, compact, super smooth engine really found its home and lest we forget, a gloriously noisy four-rotor Mazda 787B is still the only Japanese car to win Le Mans outright, in 1991. 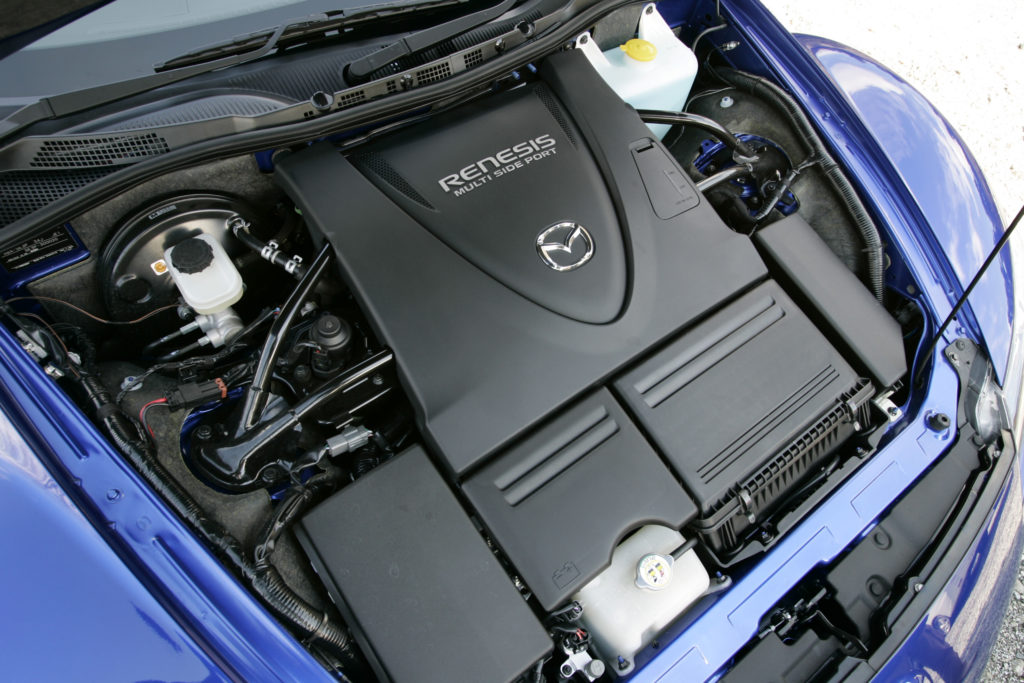 Into the modern era and the new RENESIS twin rotary in the RX-8 won International Engine of the Year in 2003 by a huge margin. Mazda’s achievement in creating an all-new rotary, against the odds you could say, wowed the jury. It was a very popular win… 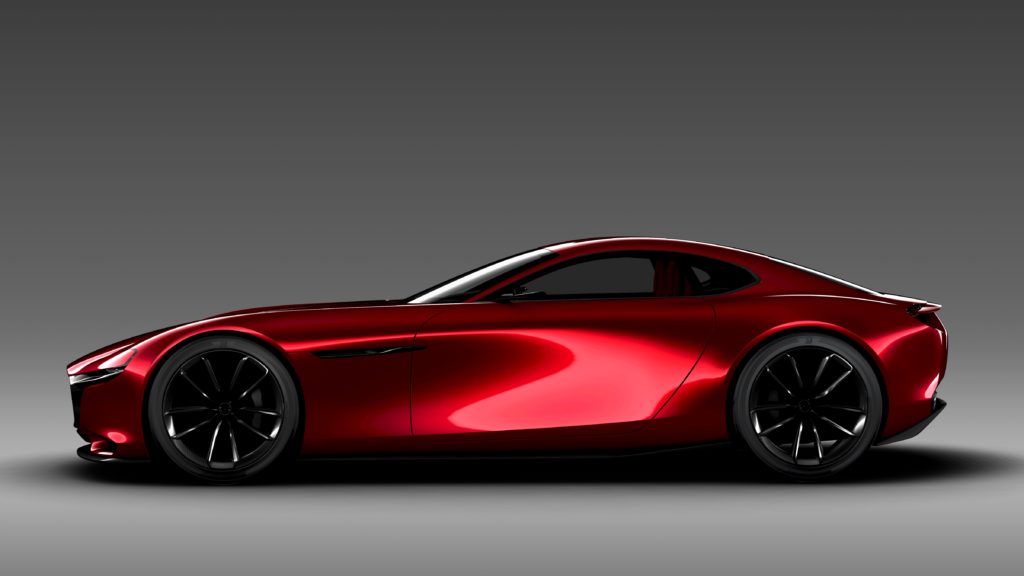 Two years ago, Mazda unveiled plans for a new SKYACTIV-R Rotary in its spectacular RX-Vision 2015 Tokyo Show car, to show the rotary flame is still very much alive and burning.

Will it happen? Let’s wait and see. Meantime, talk is of the rotary forming the basis of a new range-extender powertrain. Fascinating. Yes, I’d buy one…

One thing is sure, whatever happens, Mazda will never abandon the rotary. Behind the scenes, engineers and designers continue to dream about the next rotary, the next RX-7, you could say, as one Mazda exec once told me in Japan, with a big gleam in his eye…

As the company itself said, the rotary engine has come to ‘symbolize Mazda’s creativity and tireless endeavour in the face of difficult challenges.’

I’m sure Kenichi Yamamoto, the father of the Mazda rotary, will agree with that. 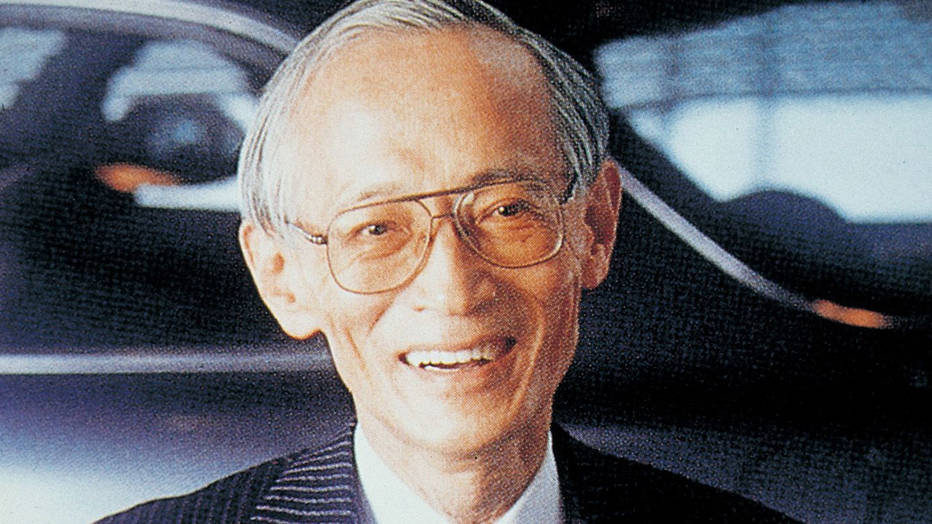 Now let’s wind back to July 1989, when I was living in Japan, I was asked by America’s AutoWeek to interview Kenichi Yamamoto at Mazda’s headquarters in Hiroshima. Re-reading the interview today, his strong character and determined vision for Mazda really shines through.

Remember this was at the height of Japan’s ‘bubble economy’ when Japan’s car makers were in fast ascendency, with seemingly no upper limits to their creative ambition (or budget).

“I want to give out new proposals, new values. I want people to think differently of Mazda,” he began. “I want to encourage them, attract then, I want them to aspire to Mazda….” 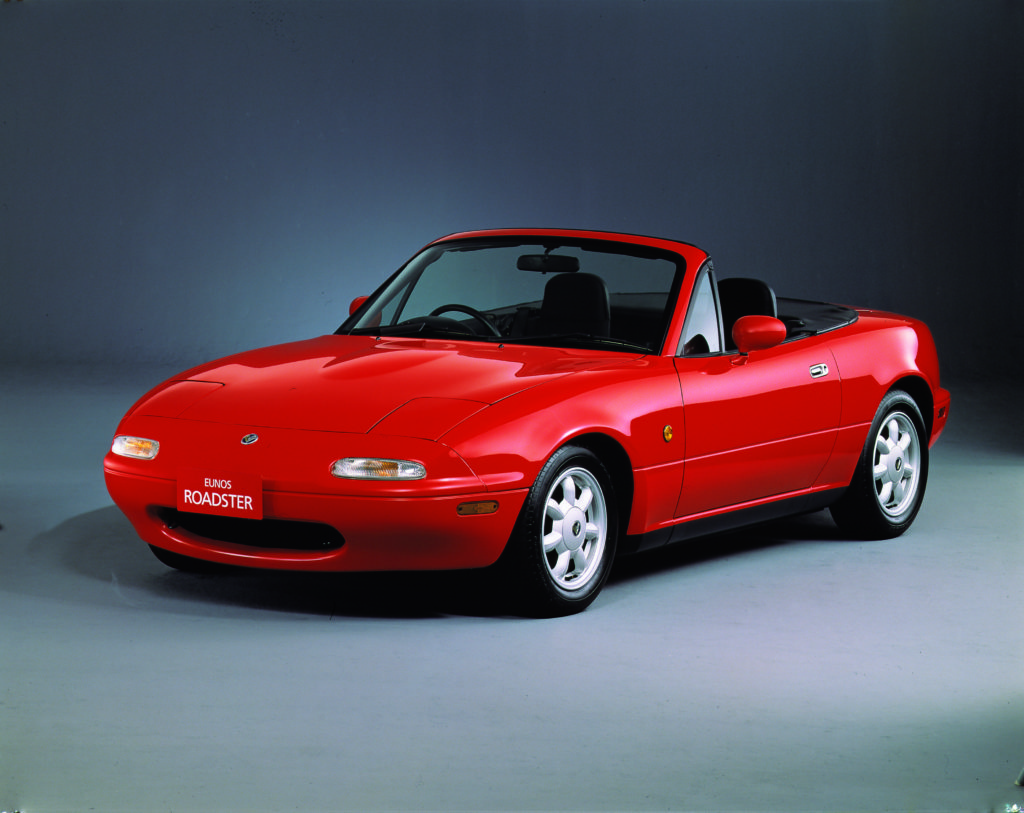 Wow, and that was just the beginning. In answer to a question as to why Mazda was then so hot (we’d just had the stunning Familia Astina, MPV, Persona and new Roadster/MX-5 launched in Japan that summer) Yamamoto spoke animatedly for 10 minutes, non-stop.

A tall, fit-looking man, quite slim, he had plenty to say, his voice rising and falling with emotion while doing so, his expressive face reacting instantly to every thought.

Often, he would drum his hand on the table impatiently to drive home a point. Even then, at the age of 66, he seemed a man in a hurry. 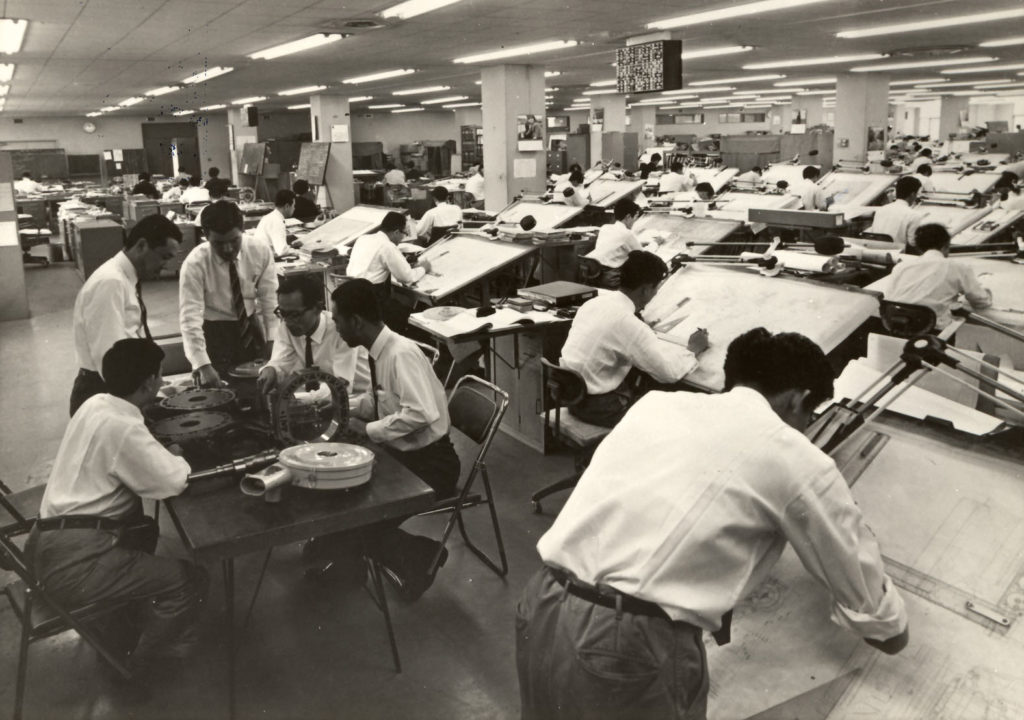 “When I became head of R&D, the budget was not that big. Nevertheless, I insisted we increase spending on facilities and equipment. I also thought it very important to give young people a challenging spirit, to encourage them to state their opinion very frankly and to challenge anything, including the rotary engine.”

Fantastic. But there was more. “The lifestyles of our worldwide companies are changing so we need a new philosophy or value to match that. Until recently, the creation of a car was based on statistics and research into the statistics of the consumer. However, I thought we had to search for the lifestyle, sentiment, comfort and appreciation of beauty of the customer.” 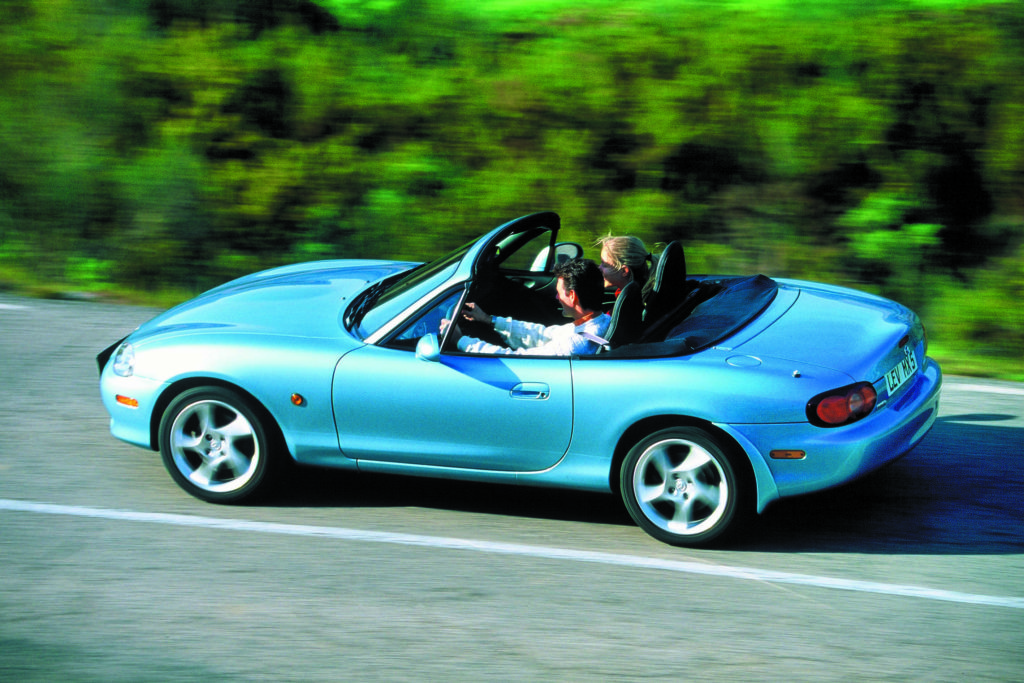 This brought a fresh breed of interesting and upscale Mazdas and a new concept kansei engineering came to bear. Loosely translated, this means technology to satisfy the human senses. The MX-5’s burbly exhaust note and brilliantly incisive gear change are given as two such examples.

Deep down, you sense Mazda is still tied into this philosophy today, interested in cars that  speak to you, instead of being machines simply to get you from A to B.

And Mazda’s creative spirit has since introduced the revolutionary SKYACTIV-X engine which fuses petrol and compression ignition into the one compact unit, a tough technical challenge promising huge economy gains. You can imagine Kenichi Yamamoto would have just relished the task of bringing that to market (sources say it’s due in 2019).

Still, looking back once again to his heyday at Mazda, it was, without doubt, a fantastic era for Japan and its carmakers. You sensed anything and everything was possible. For Mazda to build a completely new lightweight sports car from scratch (making it far better than it needed to be) in secret was just one example. 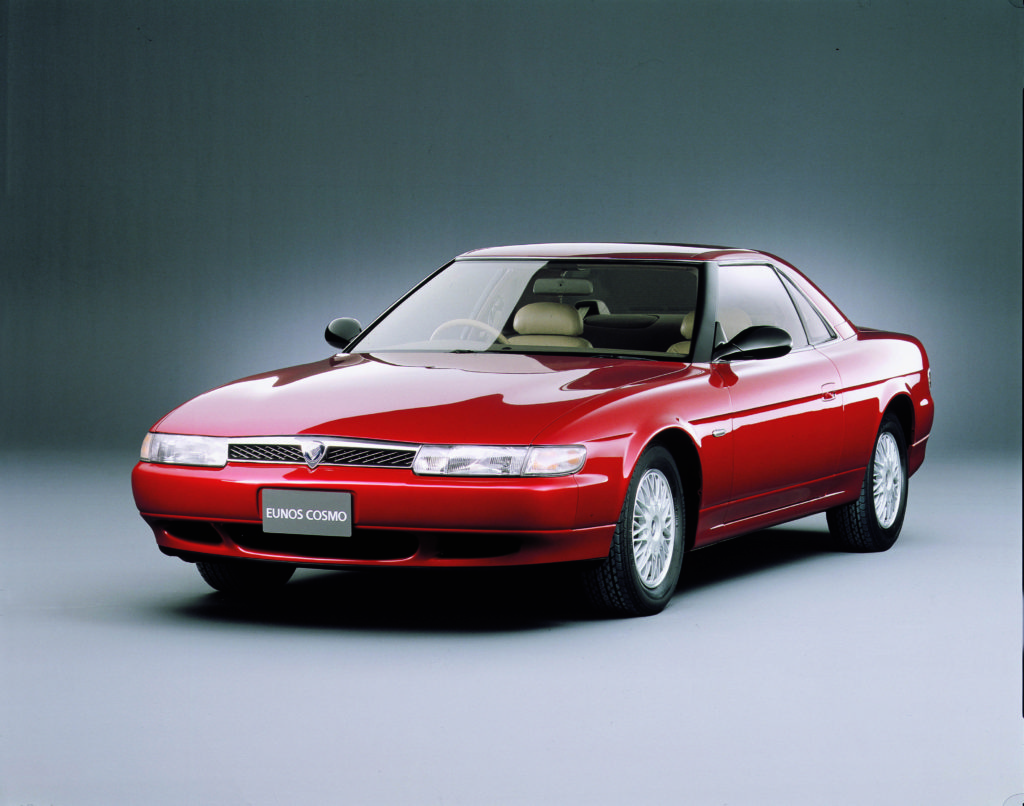 Defying doomsayers, Kenichi Yamamoto approved the MX-5 for production, along with the wondrous three-rotor Cosmo luxury coupe and was a passionate supporter of Mazda’s continuing rotary quest at Le Mans, which culminated in that historic victory in 1991.

Mazda’s plans eventually ran into trouble, alas, as it became over-ambitious and the economy soured. Eventually, Mazda’s bankers cried enough and Ford was brought in to steady the ship. 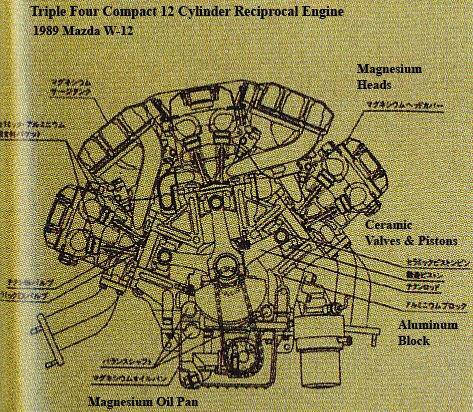 To set up five dealer channels in Japan (to challenge Toyota) and a new luxury brand, Amati complete with clean-sheet W12 engine, ultimately was a bridge too far…. 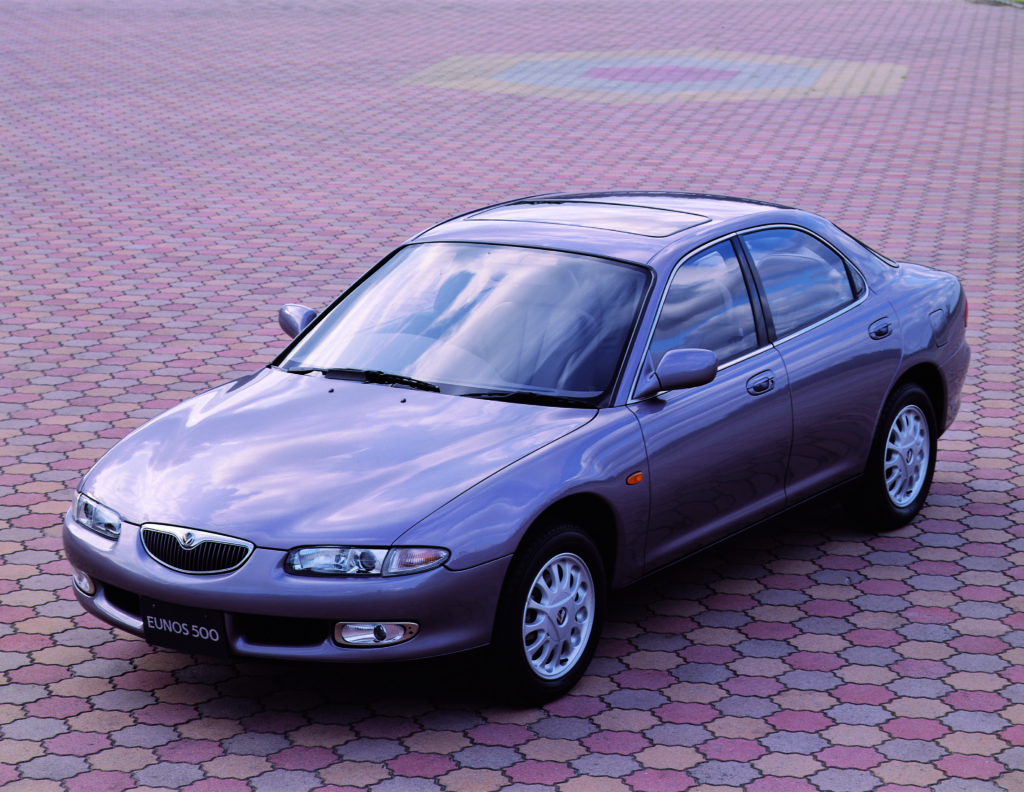 This was nonetheless an extraordinarily creative time for Mazda which in Japan at least produced an exceptional batch of cars.  In design terms the Eunos 500 (Xedos 6 in Europe) went a long way in its day to showing what a glamorous baby Jaguar could look like… 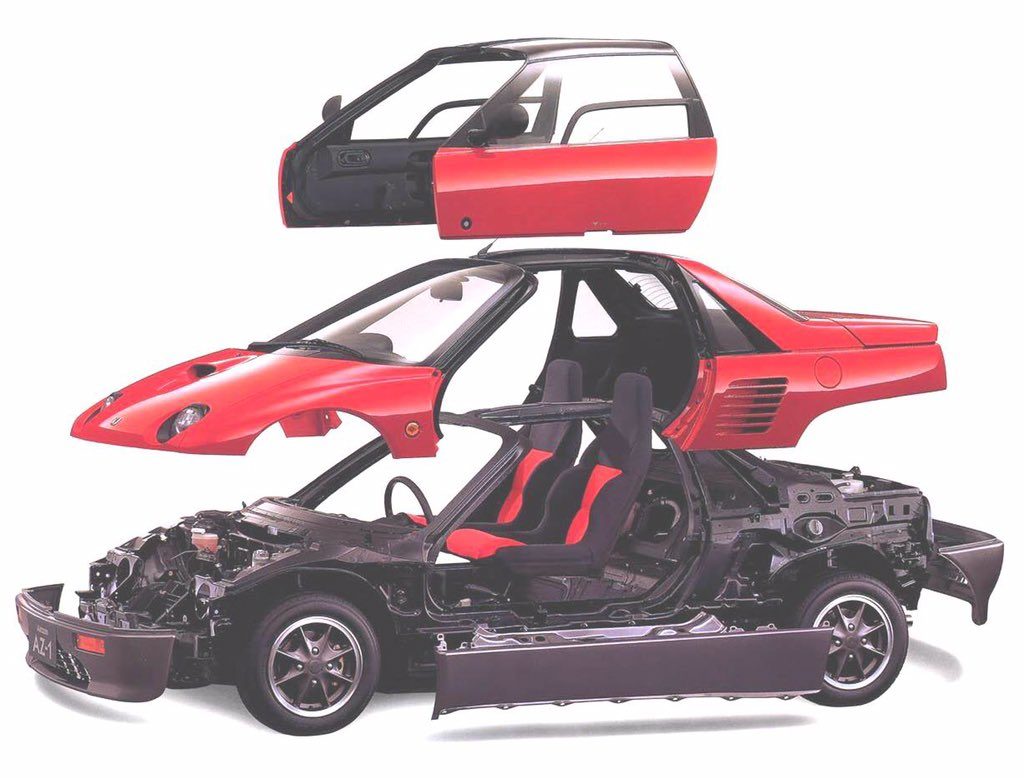 Then there was the AZ-1, Mazda’s mini 660 cc supercar with gullwing doors, then as now a world apart from the crowd. Like a downsized Group C racer, it was a total riot. 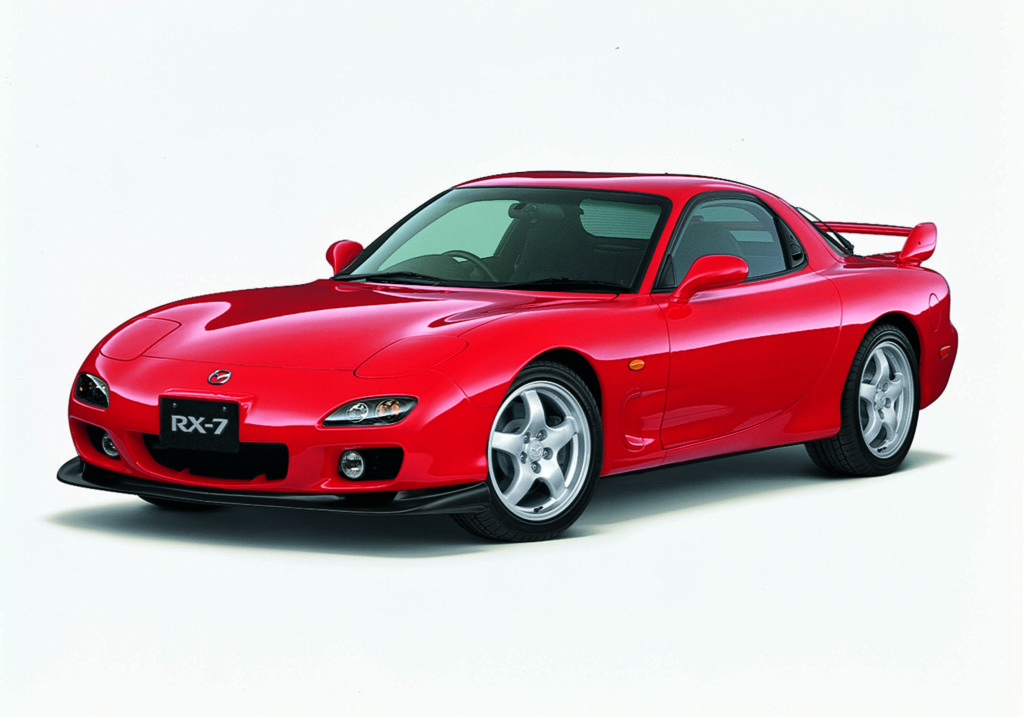 Let’s not forget meantime that RX-7 is still one of the killer names in Japan’s product armoury. The equity tied up with that nameplate is simply off the map. Yes, even now…

Kenichi Yamamoto, an inspirational father-like figure to young engineers for many years, had an emboldened vision for Mazda that stands the test of time.