To the Stoke Park Country Club, near Windsor, for Jaguar Land Rover’s annual Christmas Showcase, on a blustery, winter Wednesday. This is a day for driving, and lots of it. 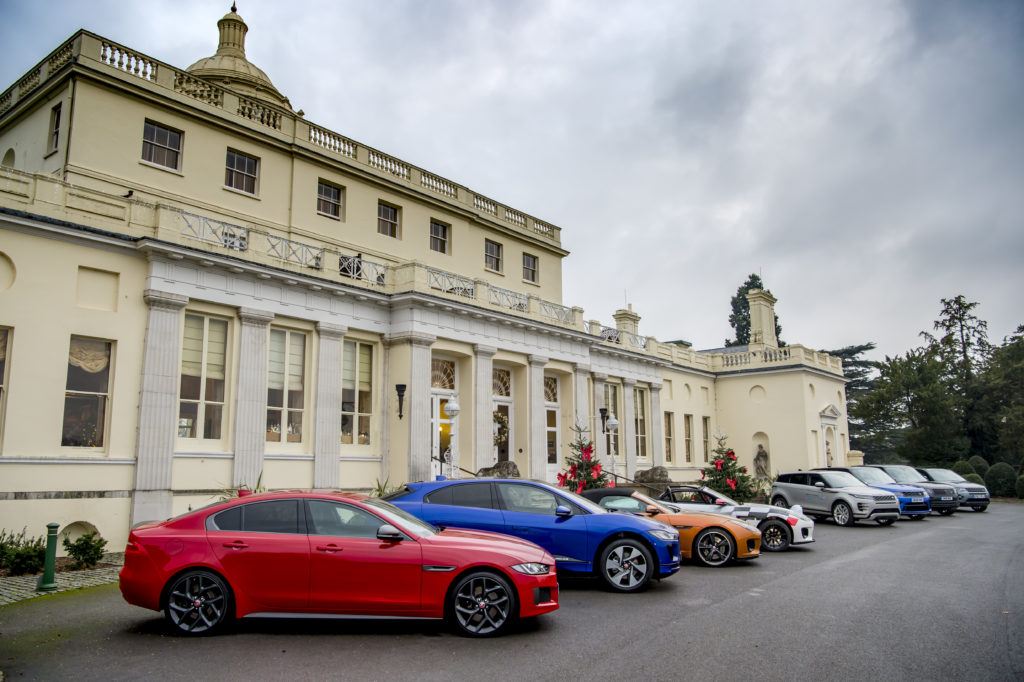 Stoke Park, as every James Bond fan knows, is where Goldfinger was filmed back in the ‘60s. Ostensibly Stoke Park looks much the same and the Bond connection is still there. 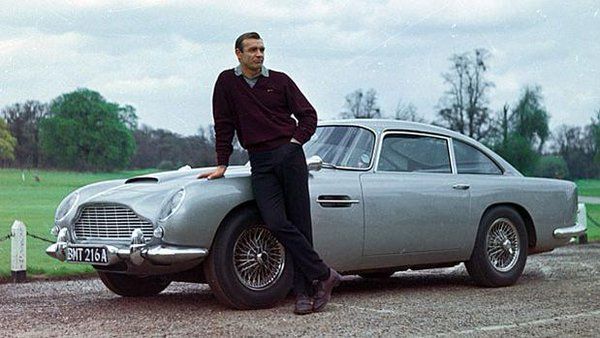 Indeed, Stoke Park was the location for this shot of 007 leaning casually against BMT 216A, his legendary gadget laden DB5 …. Has there ever been a cooler Bond pic? 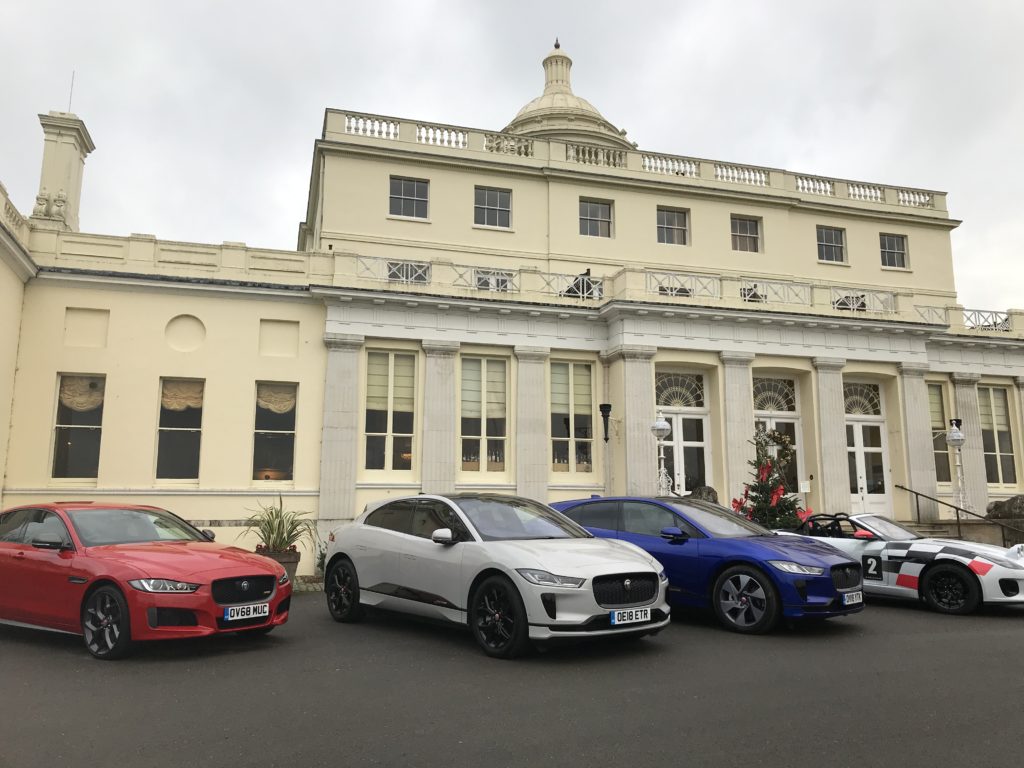 Back to today and once again, JLR set up a major showcase, bringing out an astounding 41 models for the media to try, also giving the brand new, second generation Evoque another airing, following its recent mega launch. 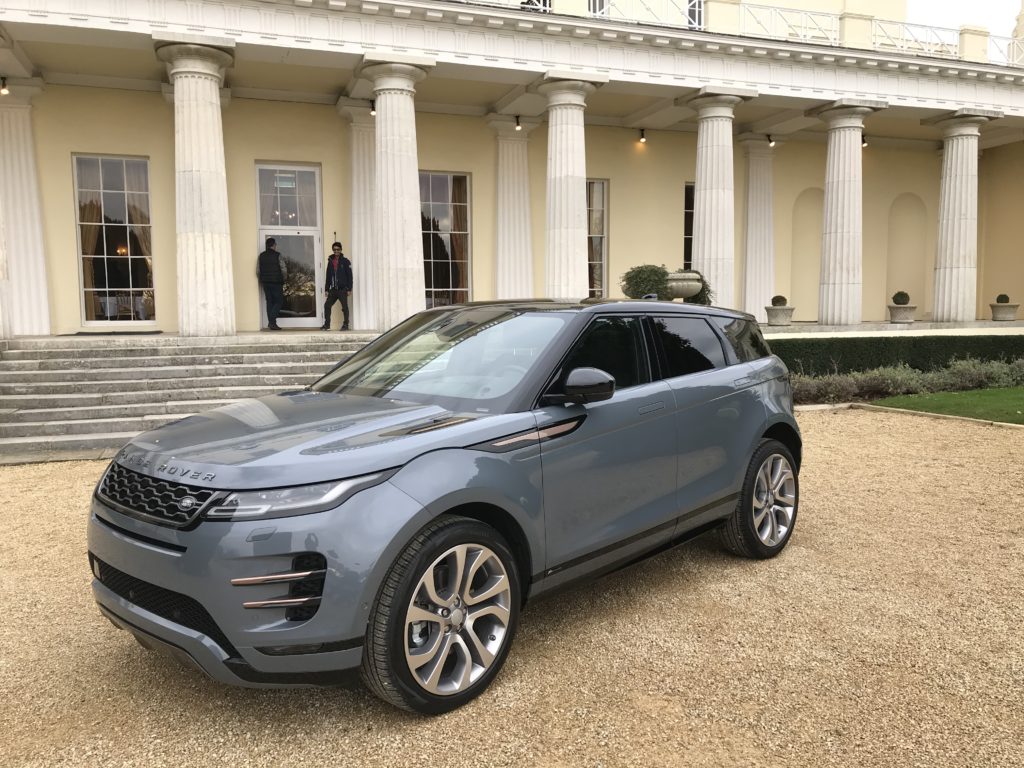 So on these JLR events, you are spoiled for choice. Where to begin? Last summer I went  to Norway to drive the then brand new Range Rover Velar but have not driven one since. 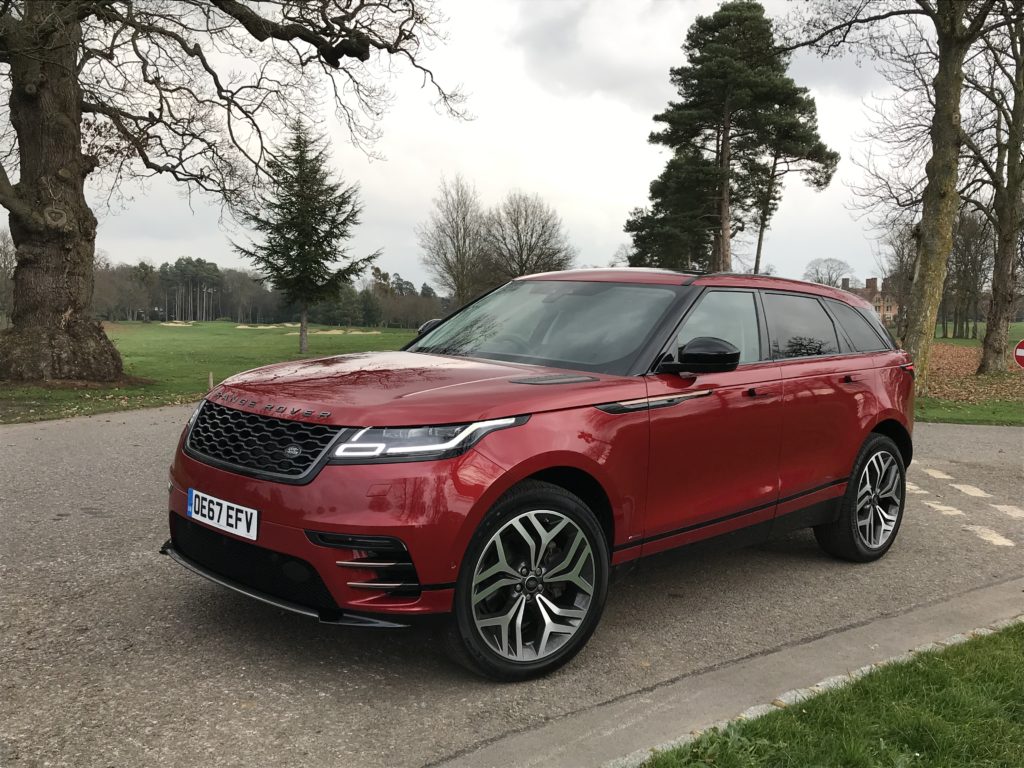 These days, JLR makes many high end SUVs yet JLR created something new with the Velar whose quality of design, both inside and out is surely its true calling card. 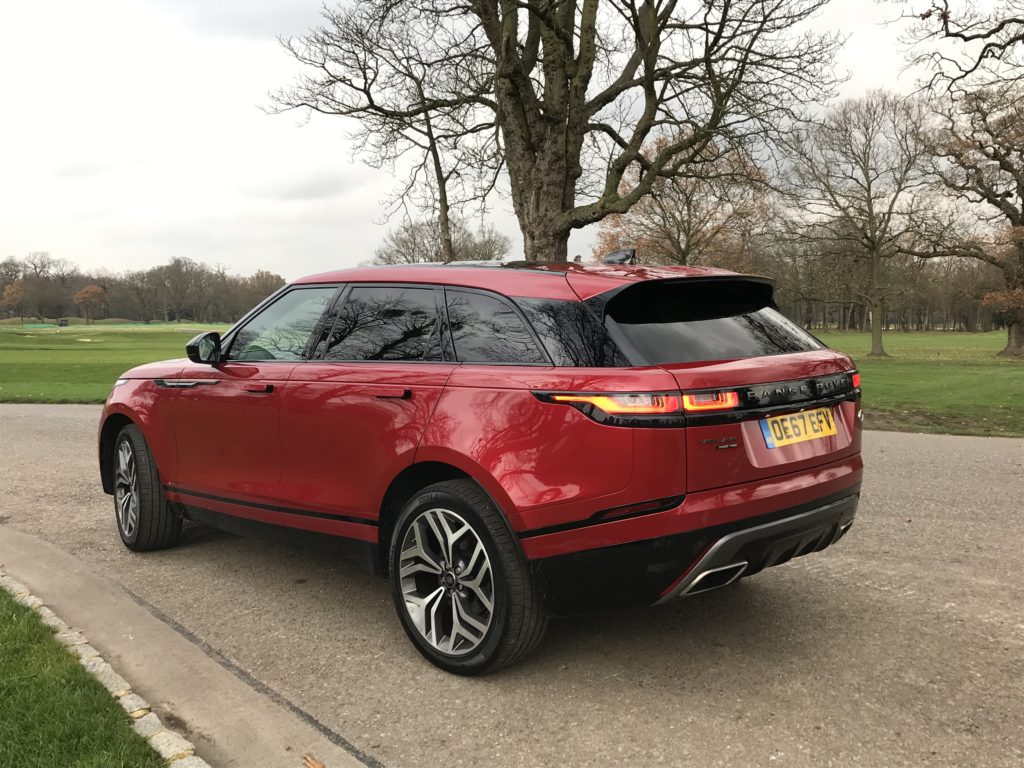 Beautifully crafted, it makes a big statement. It’s ultra refined in this six cylinder spec. Or you can order the Velar with 2.0-litre four cylinder power (which I haven’t tried). 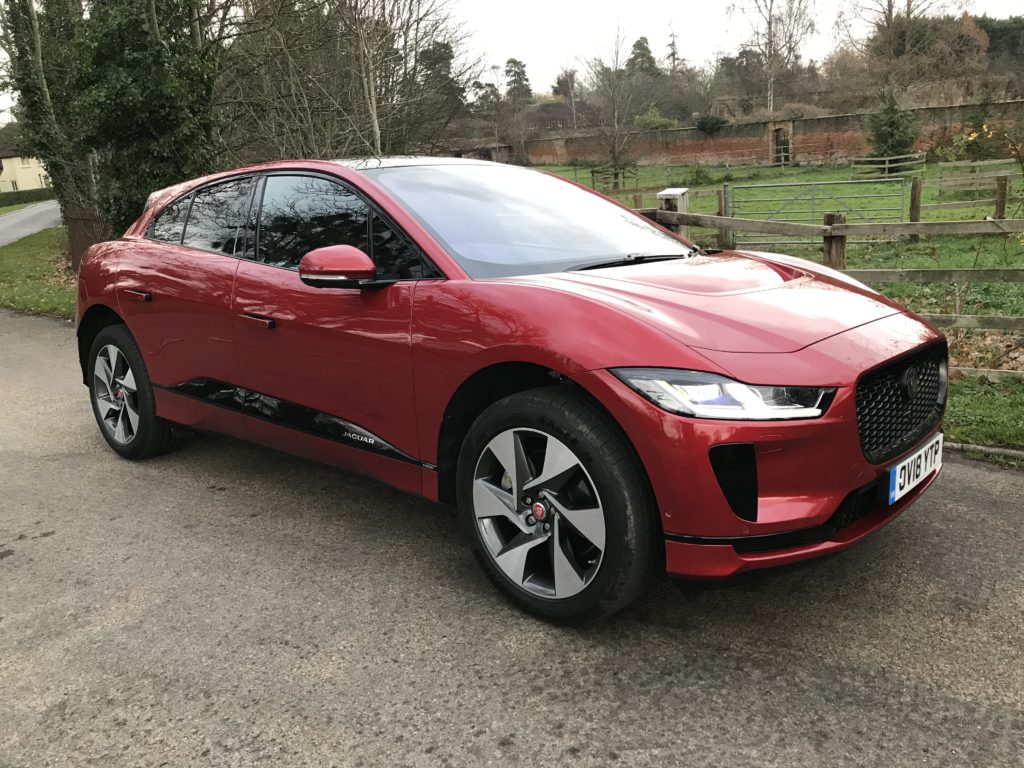 Moving on then to the I-Pace, Jaguar’s ground breaking electric SUV. When I first encountered the I-Pace at the Geneva Show this spring, the crowds were all over it. 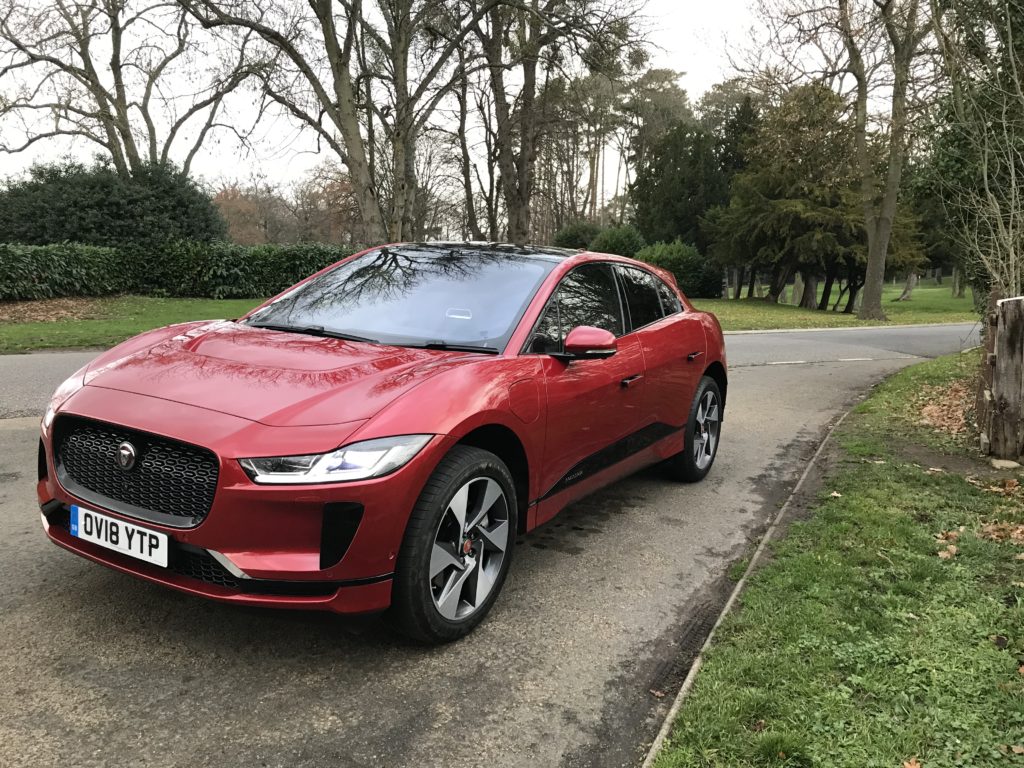 Now, at last, a chance to drive it on the road for myself and yes, spoiler alert, it does live up to the hype, showing exactly how to do a stylish, driver-centric electric SUV (unlike the hopeless Tesla Model X). 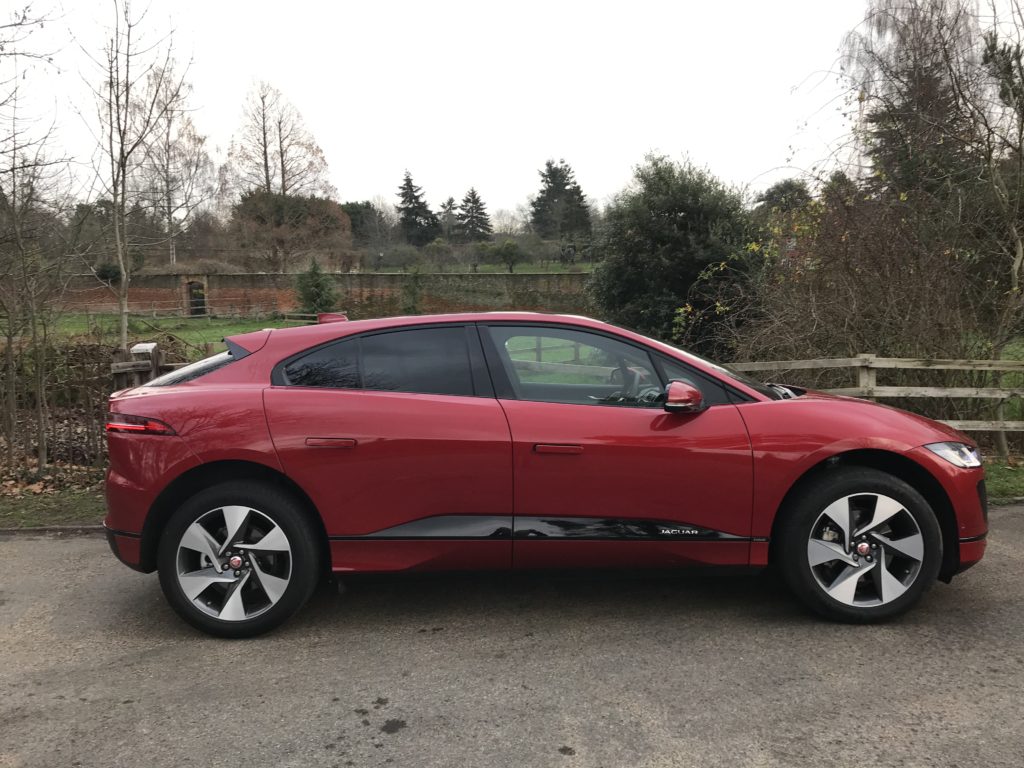 The Jaguar’s EV technology, combining twin electric motors with a low-set Li-ion battery, giving 4WD is highly impressive. The dynamics are there too. The I-Pace is quick, sharp and beautifully balanced through corners. Acceleration is instant and the throttle feels natural (not always the case with electric cars). With 400PS and massive 696Nm wall of instant torque, performance, it does not lack.

Missing is the classic Jaguar velvet carpet ride but then maybe you didn’t expect that? For extra outlay, you can order Active Air Suspension but this particular range topping HSE I-Pace had passive suspension and high grip 20-inch tyres. Perfectly fine although low speed ride could be a touch firm… 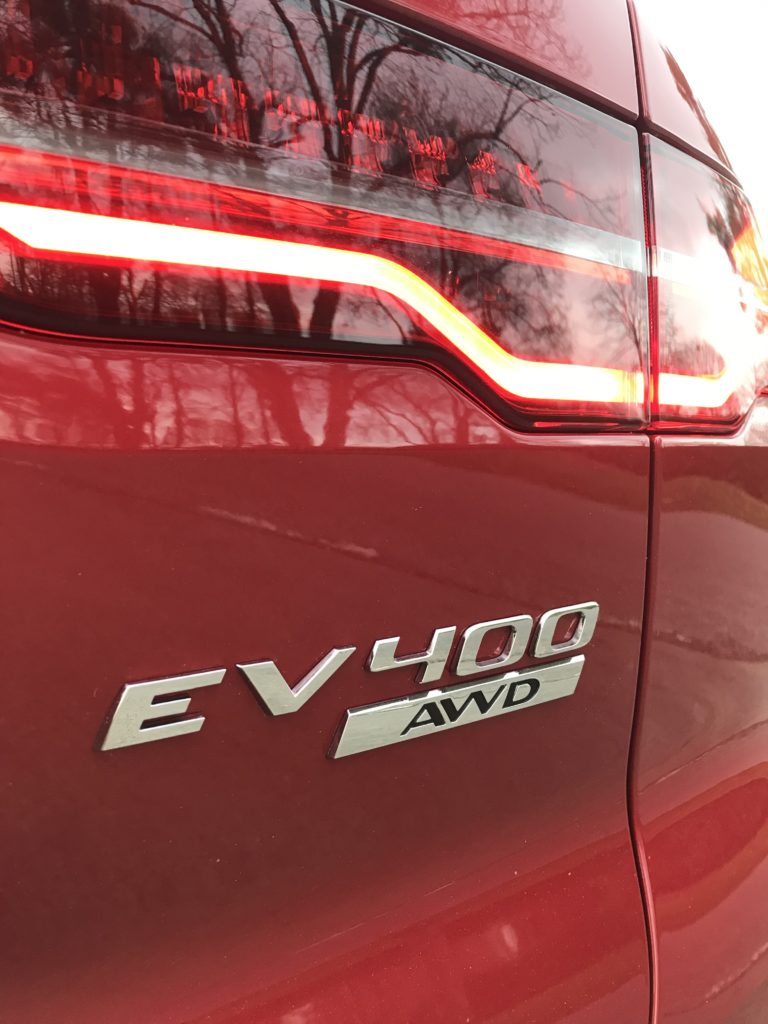 The I-Pace comes with an official range of 292 miles on a full charge, but tests have shown that 250 miles could be typical. You wonder of course about recharging and with pricing starting at £74,445 OTR, this I-Pace is by no means inexpensive.

However, as an all up piece of automotive design the Jaguar I-Pace is outstanding, in my view. Surely the most trailblazing Jaguar since the 1968 XJ6, and then some. 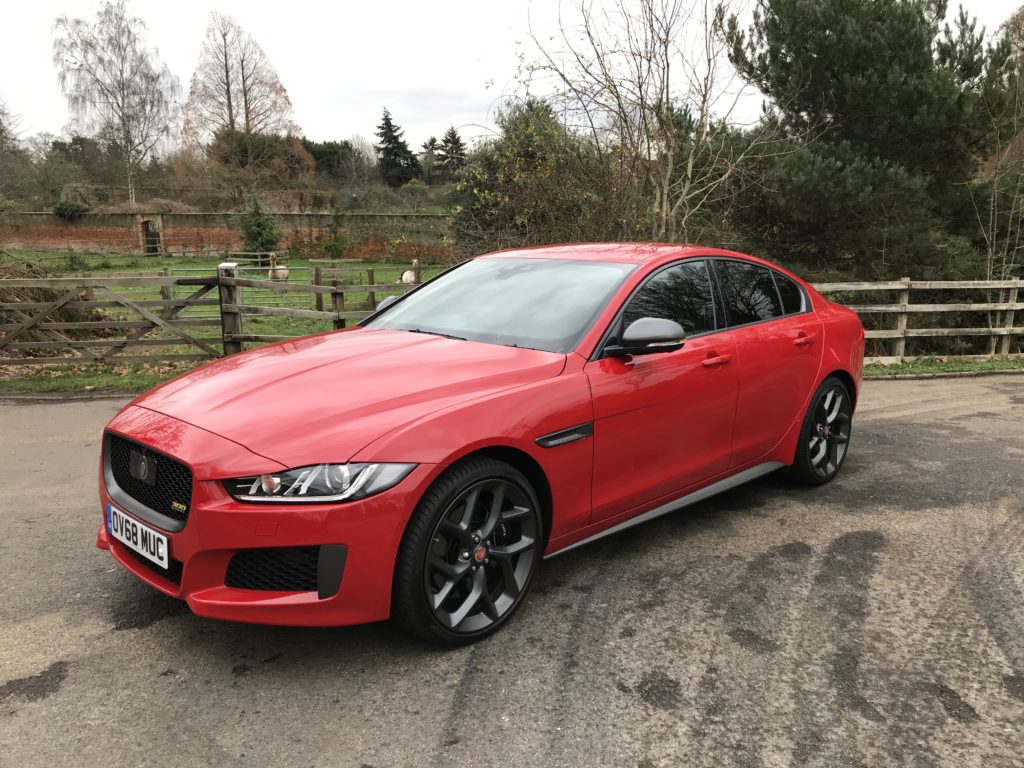 In the world of compact sports saloons, BMW gets a lot of airplay but a spell in this petrol powered XE 300 Sport shows that Jaguar can more than give Munich a run for its money. 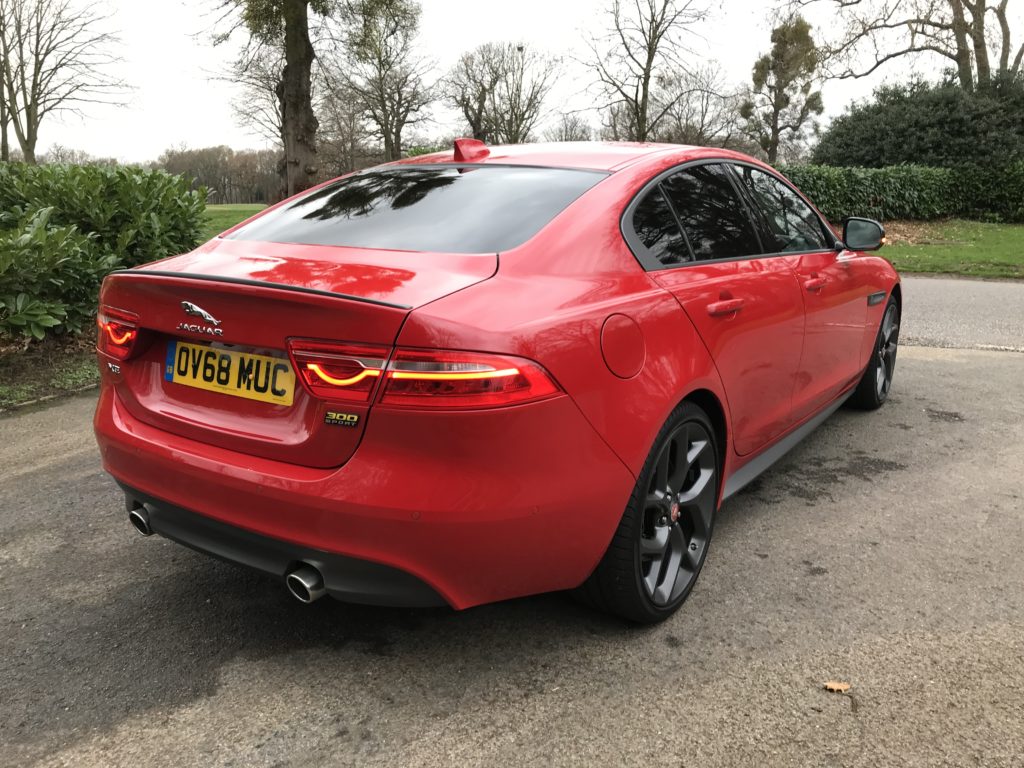 This is the real thing, a really sharp, incisive, fast compact Jaguar four door with a chassis to die for. With superb steering and chassis response, it’s an enthusiast’s delight but yet also unfussed and refined in typical everyday traffic. 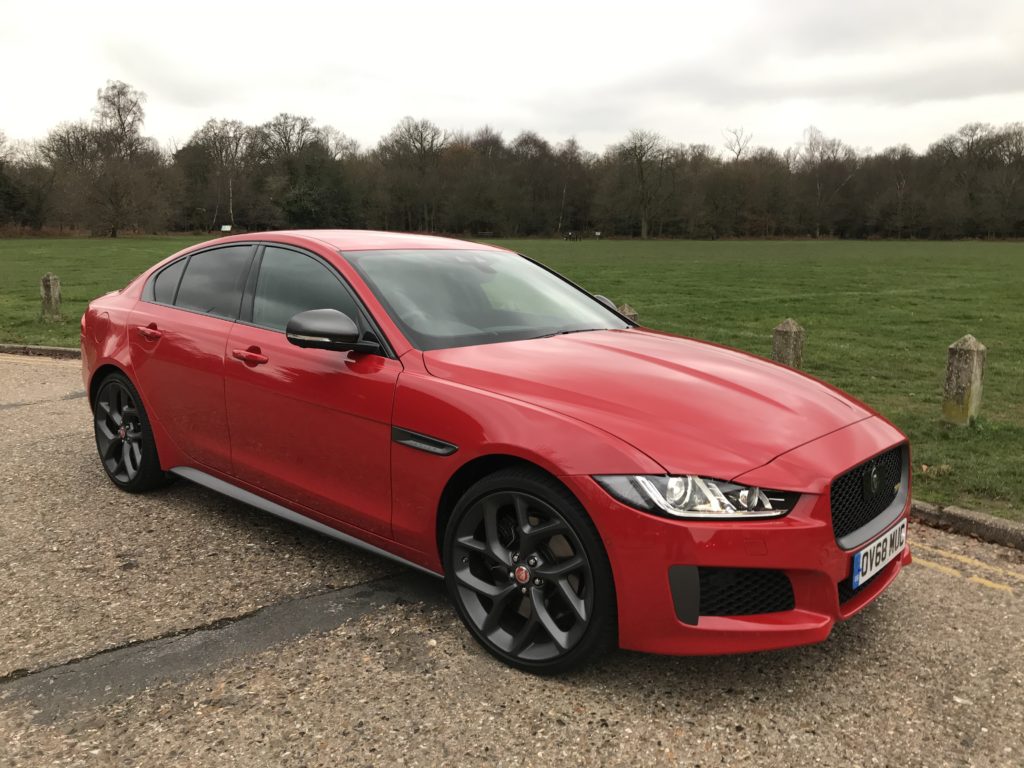 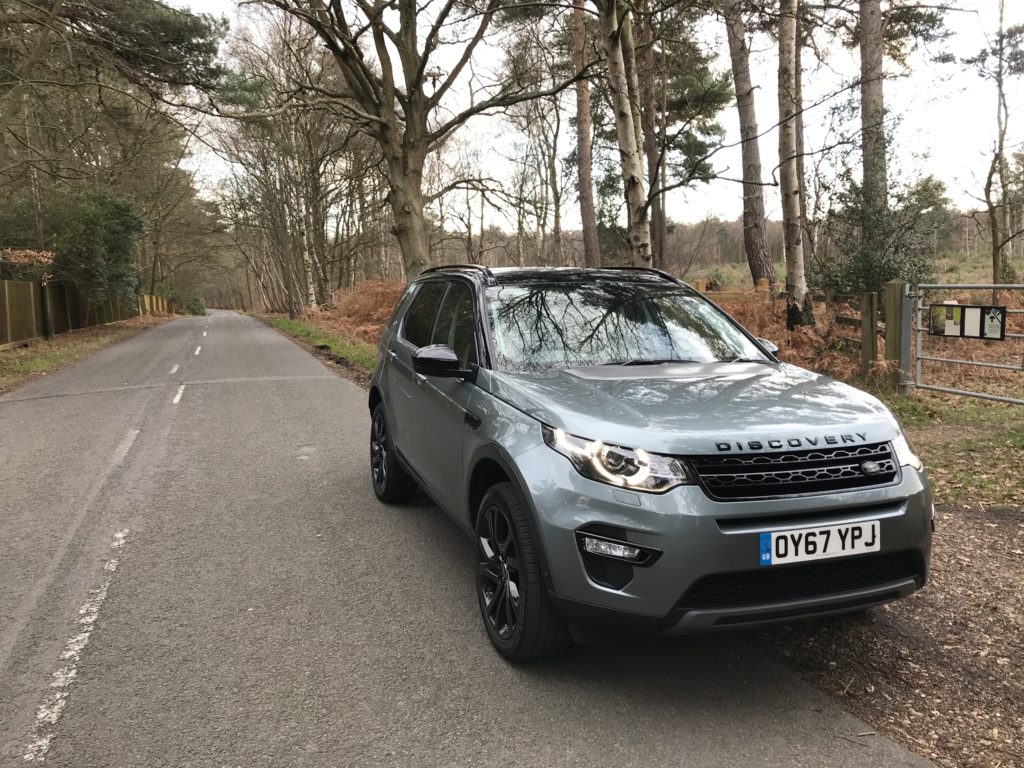 With the afternoon drawing in, a quick refresher in a Discovery Sport Si4 petrol (240 ps) rounded out a busy day. Big and spacious, practical and a decent all round drive, it’s a solid alternative to other premium brand offerings out there. Priced from £44,290 on the road.

Conclusion? Like every manufacturer, JLR is facing enormous challenges for the future yet the product range right now is smart, consistent, high quality and if premium priced, that’s the nature of the game at this level of the market.

Next year brings the new Land Rover Defender which will ramp the action up still further. Coming soon to a JLR dealer near you….