Kia7 Kia Proceed1
Life in the car business used to be simple. Once, we had saloons and wagons. Then coupes, hatchbacks and SUVs came...

Life in the car business used to be simple. Once, we had saloons and wagons. Then coupes, hatchbacks and SUVs came on the scene. Now we have infinite variations of everything to spice up the show. 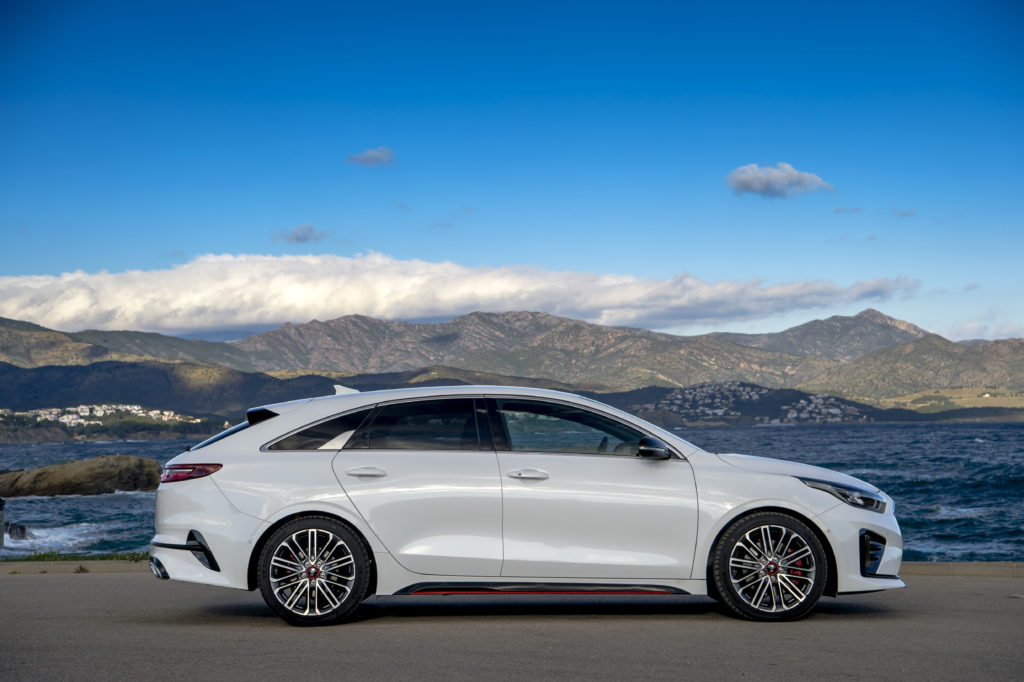 And that’s not all bad. One such contender is this promising new Kia ProCeed.

Promising because the ProCeed is clearly something rather different from the norm. Underneath those racy, fastback-style looks, this might be a regular new generation Ceed model, although you’d hardly perhaps tell at first glance. 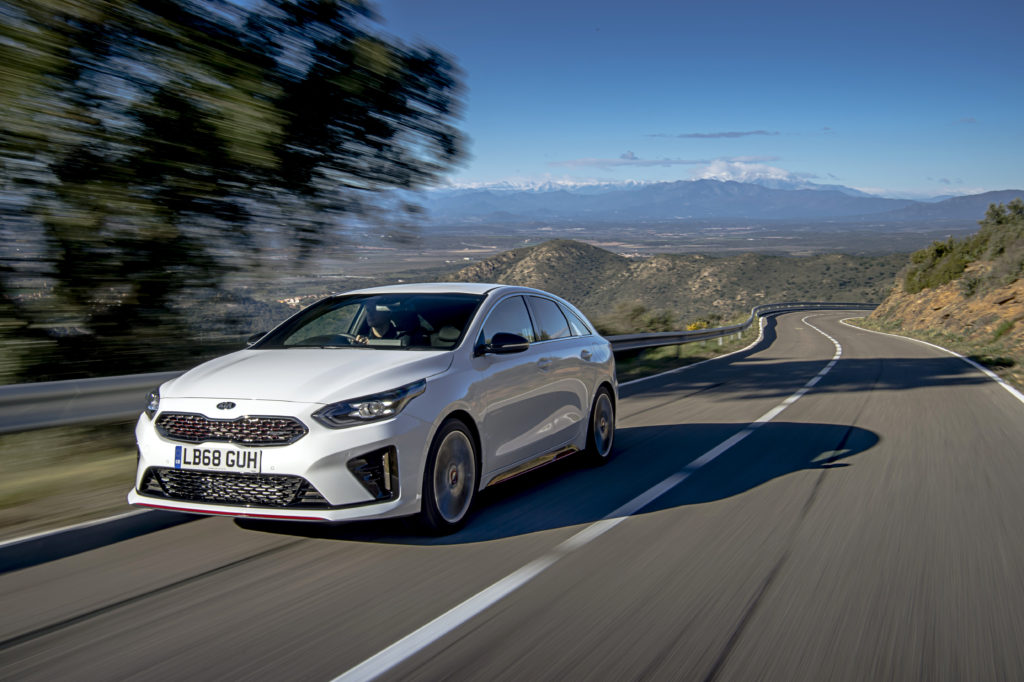 On top of that, the ProCeed proves to be surprisingly agreeable to drive, with a dynamic edge that will appeal to the keen driver over a good back road. 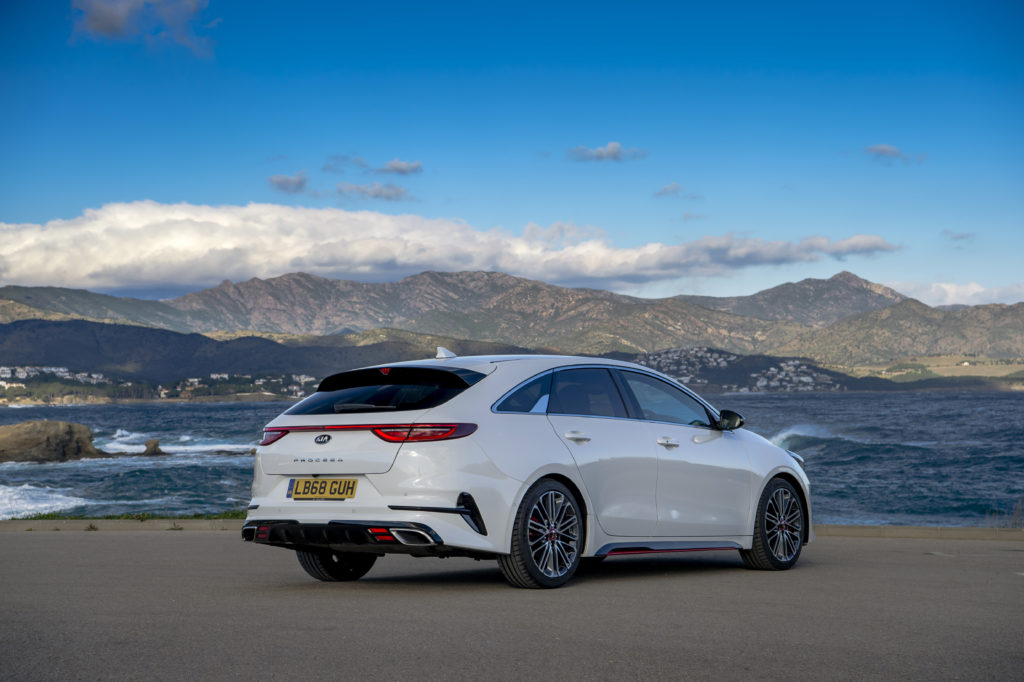 So an interesting formula and Kia puts it into perspective by telling us what it isn’t. ProCeed isn’t a hatchback and it isn’t wagon, goes the word (Kia offers a perfectly acceptable Ceed five-door hatch and wagon, if that’s your bag).

Instead, ProCeed borrows “shooting brake” looks from the premium sector to create a new niche in the family C-segment – call it a coupe wagon, if you like. In fact, if we look across at Mercedes-Benz, we find Stuttgart has much the same idea with its CLA Shooting Brake. 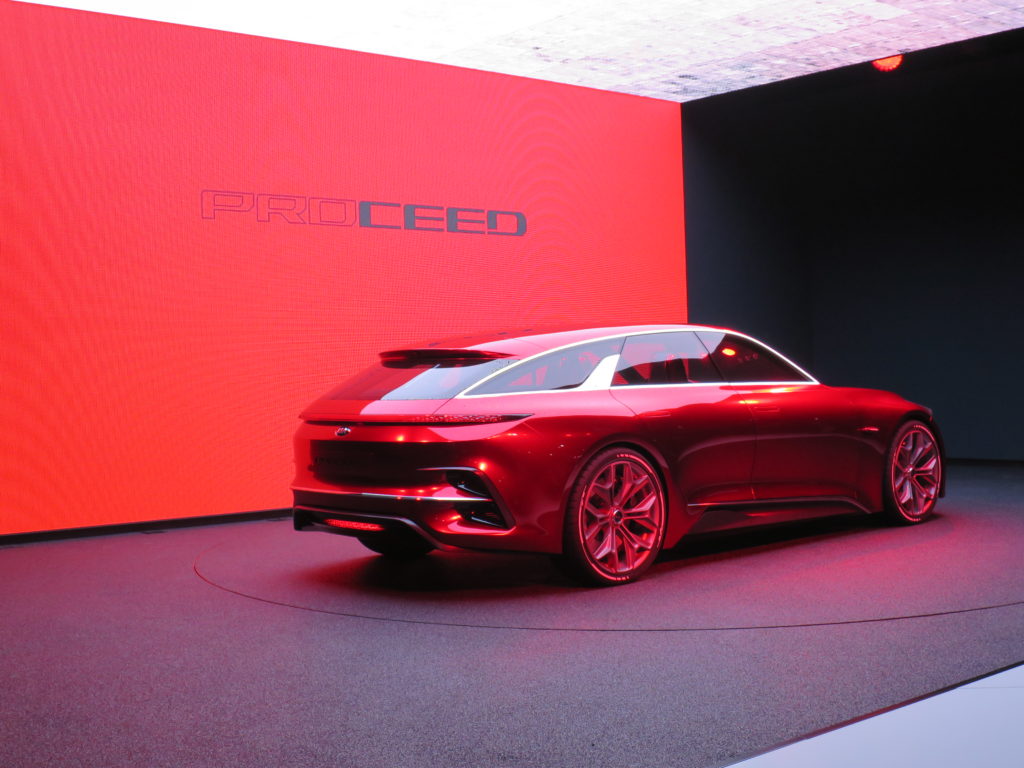 We first saw Kia’s proposal for the new ProCeed back at the 2017 Frankfurt show, looking very swoopy and sporty on the stand, with a roofline not far off that of a 911…. 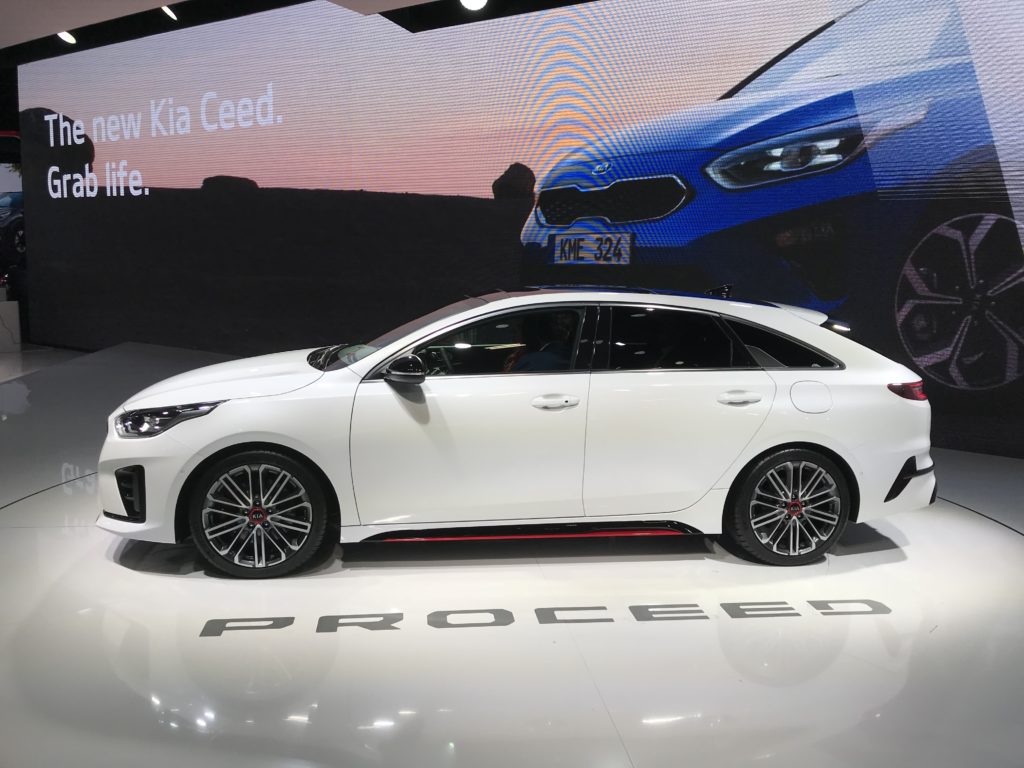 A year later, the all-but production model came out at the Paris Salon: more restrained, yes, but still with an undeniably sleek profile. 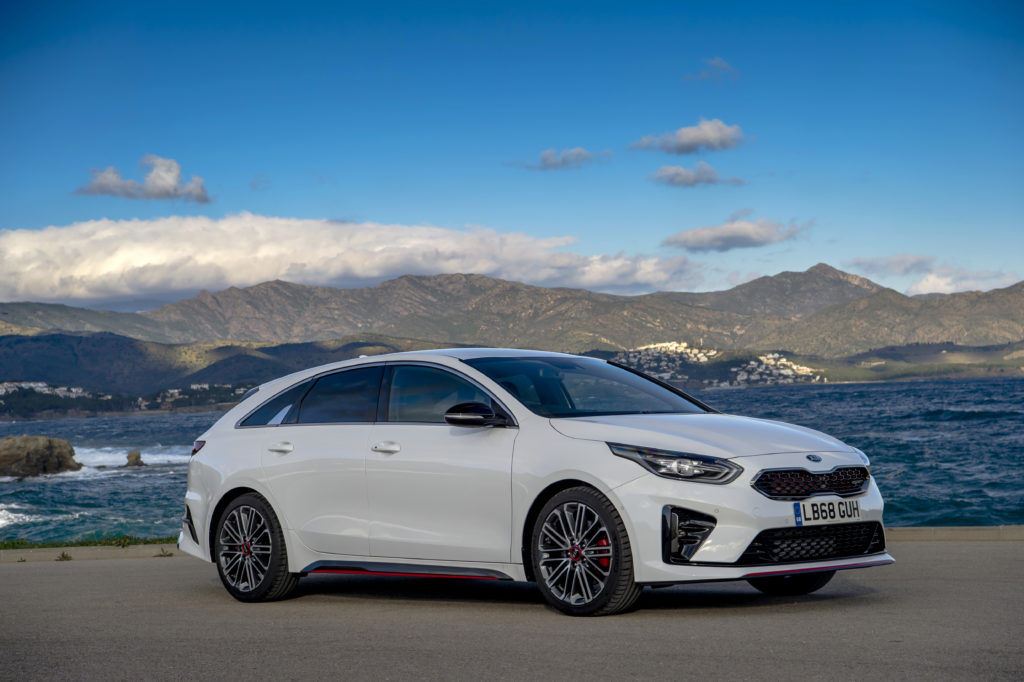 Now the ProCeed’s come out to the meet the media and reviews have been good. The car has presence, driver appeal and more load carrying practicality than you might think: that sloping tail, for instance, has a 594 litre official capacity, so 50 per cent up on the Ceed five-door hatchback and not that far off the Ceed Wagon (625 litres).

Keeping it simple, ProCeed kicks off with three engines and three trim levels. The base 1.4 petrol (138 ps) will be the mainstay but the range topping 1.6 (201 ps) is naturally a faster, feistier drive. Or there’s a 1.6 diesel (134 ps) if that route appeals. 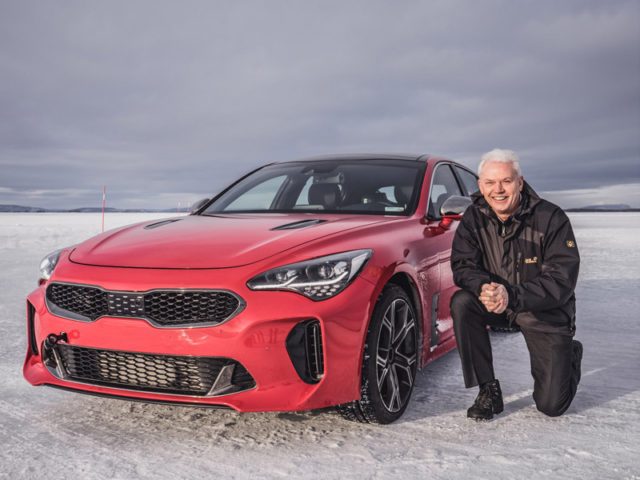 Behind the scenes, Albert Biermann, ex BMW M Sport, is now in charge of all Kia R&D (and that of Hyundai, its partner company). And that is good news. We first saw this at work with the Kia Stinger but now the sporting magic has come to the ProCeed.

Launched last year, the new European-built Ceed is a hugely important car for Kia that can genuinely go head to head with the Golf and Focus, striking a good balance. 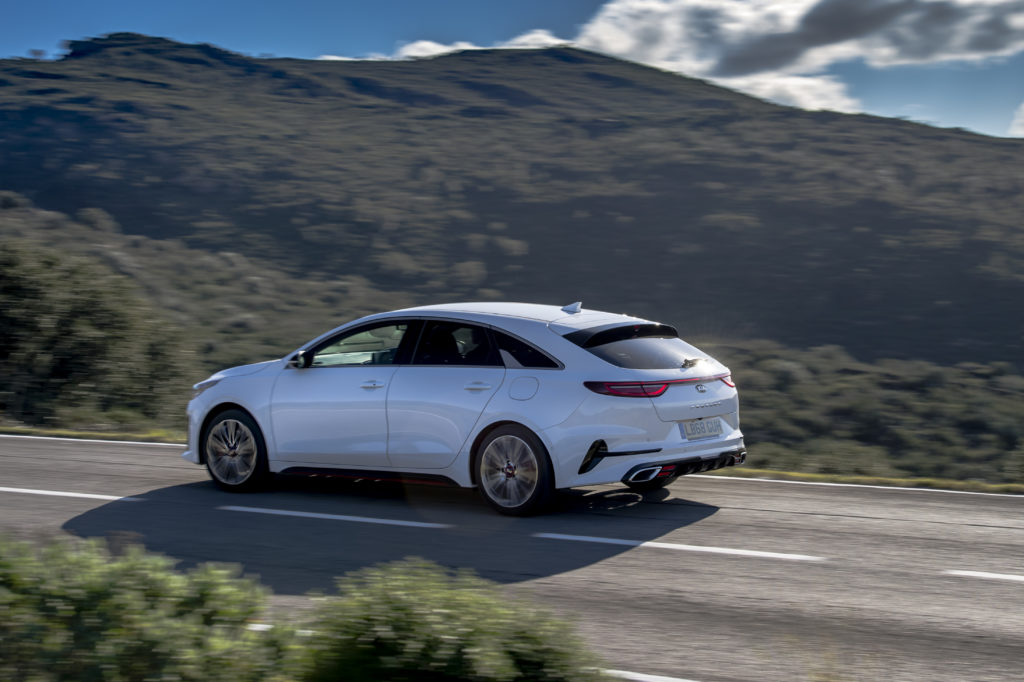 Dynamically, though, ProCeed is a step up. Steering weighting and feel, for instance, are well above what might be classed the Eurocar norm.

On the move, the ProCeed feels taut, stable, agile, handling keenly and offering a fine ride quality to boot, even wearing top 18-inch rims, as tested. As a clue, it sits 5 mm lower than the Ceed hatch and wagon and get its own spring/damper tuning. 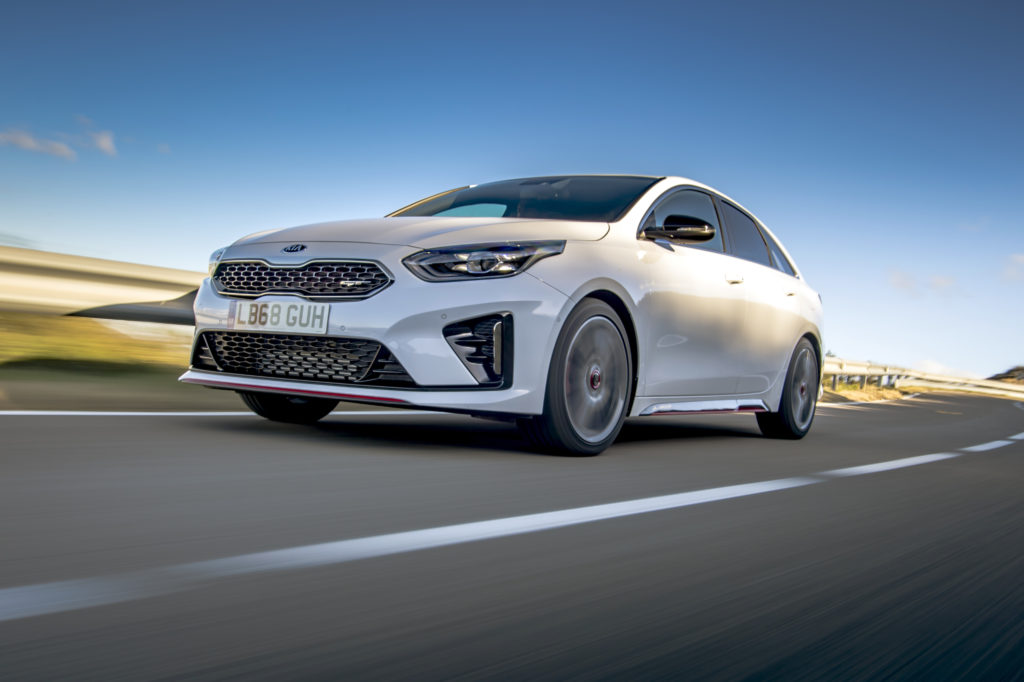 Engage Sport and the action becomes noisier, the suspension a touch harder, yet reactions are still finely balanced. On the motorway, ProCeed cruises comfortably and smoothly, and in the city it’s easy and convenient. so what’s not to like? 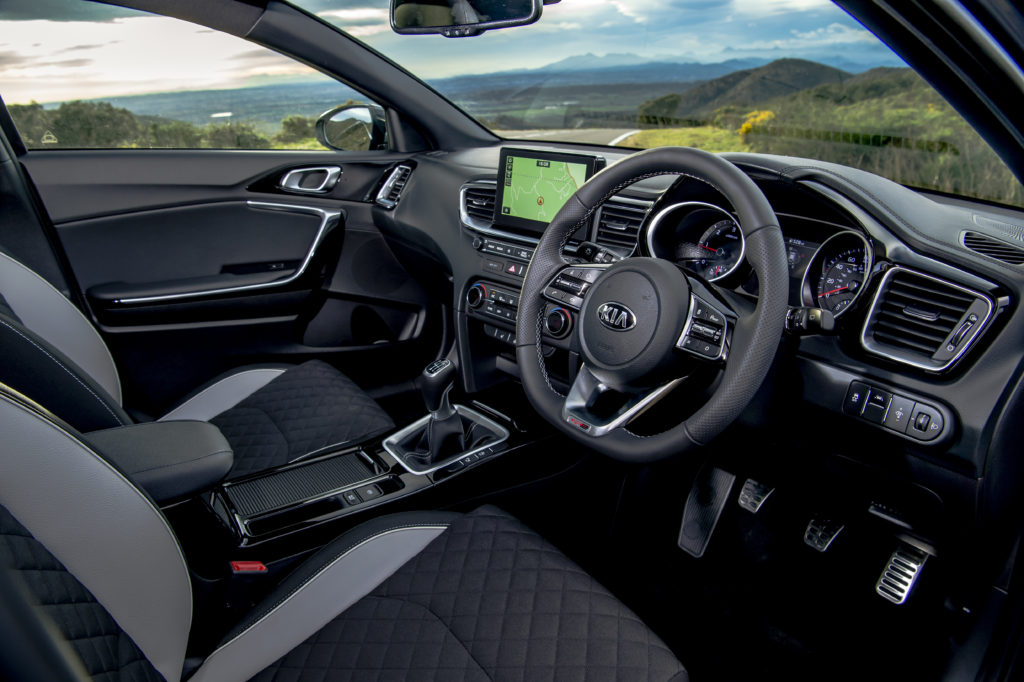 Cabin quality is a notch above the norm in this class and if rear kneeroom seems a bit tight, there is no problem with headroom or rear visibility (often a problem with the modern breed of designer ‘coupe saloons’). 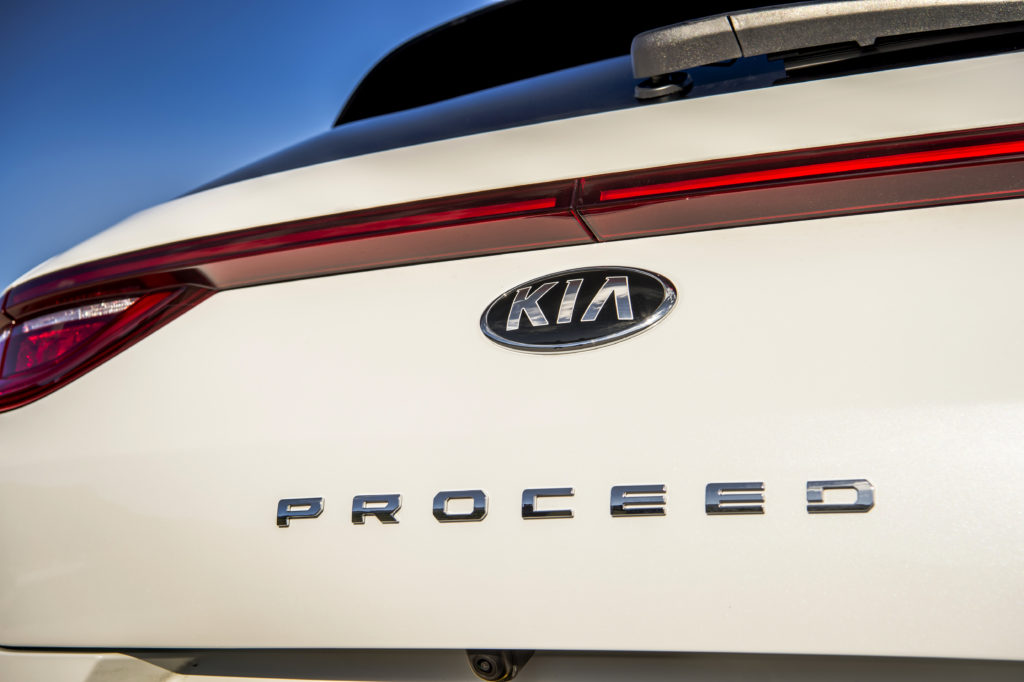 Although the ProCeed comes with an obvious price premium over the regular Ceed hatch, expectations are that Kia will be able to shift 2000 units this year in the UK, or 20 per cent of the expected new Ceed total. 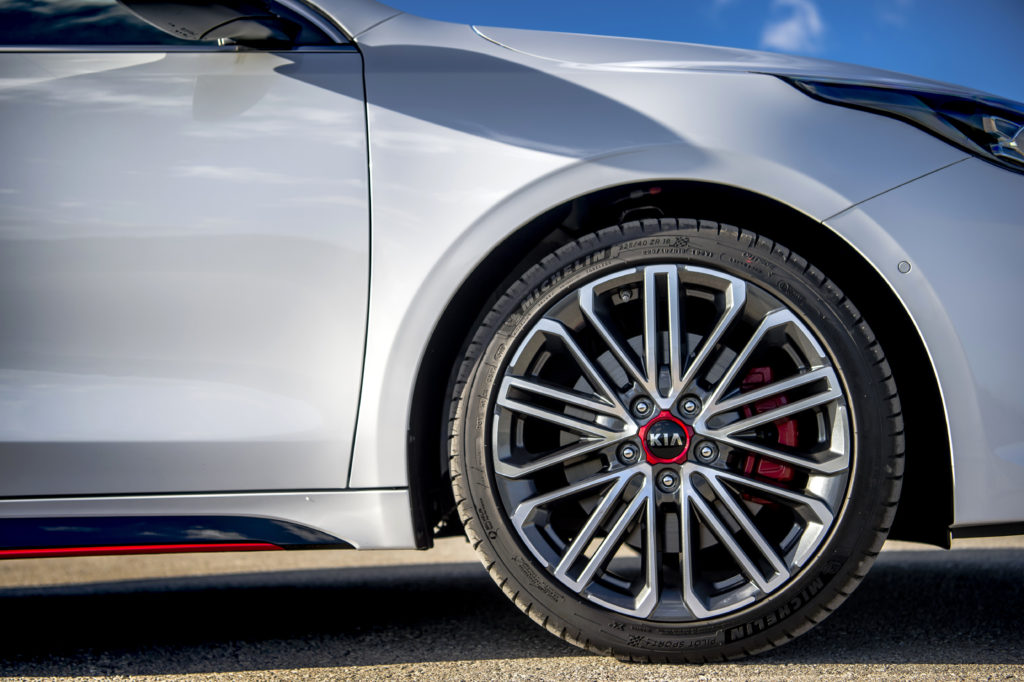 Every now and then, a manufacturer comes up with a car becomes a new image builder for the company. For Kia, the new ProCeed could be just that car.