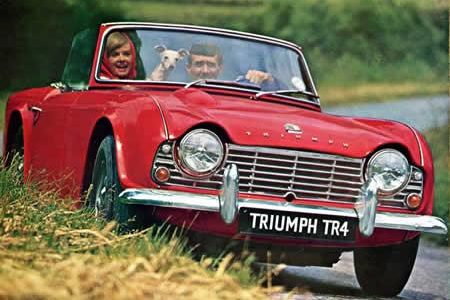 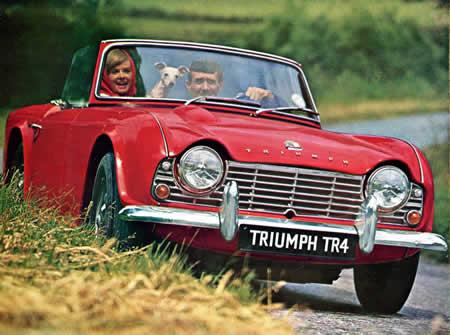 Triumph1
Speaking as a former Triumph owner, there’s always a feeling of wistfulness whenever I drive through Canley, the district of Coventry...

Speaking as a former Triumph owner, there’s always a feeling of wistfulness whenever I drive through Canley, the district of Coventry where the Triumph factory used to be. 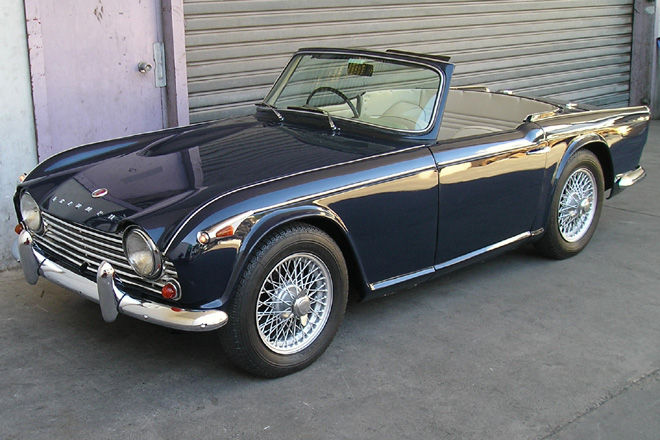 Yes, I’ve long had a soft spot for Triumph and its TR sports cars, especially those from the sixties TR4-TR5 era. Then, as now, that rugged Michelotti styling works so well. The design, the lusty TR engine, the sound, it all comes together and spells “classic British sports car.”

Simpler and cheaper than a Lotus Elan, somehow more interesting than an MGB, the TR of that era really captured my imagination. So much so, I went out and bought one. 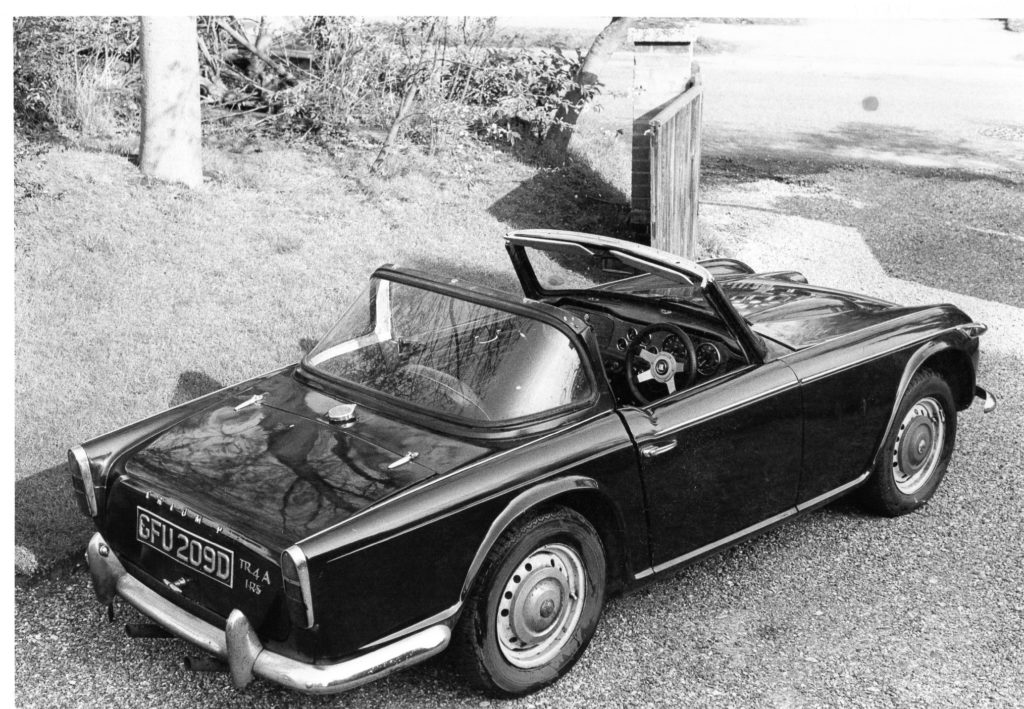 It was a long while ago now, but I used to own a 1967 Triumph TRA IRS, royal blue, as above. The classic car boom was kicking off and I really wanted to be part of it. 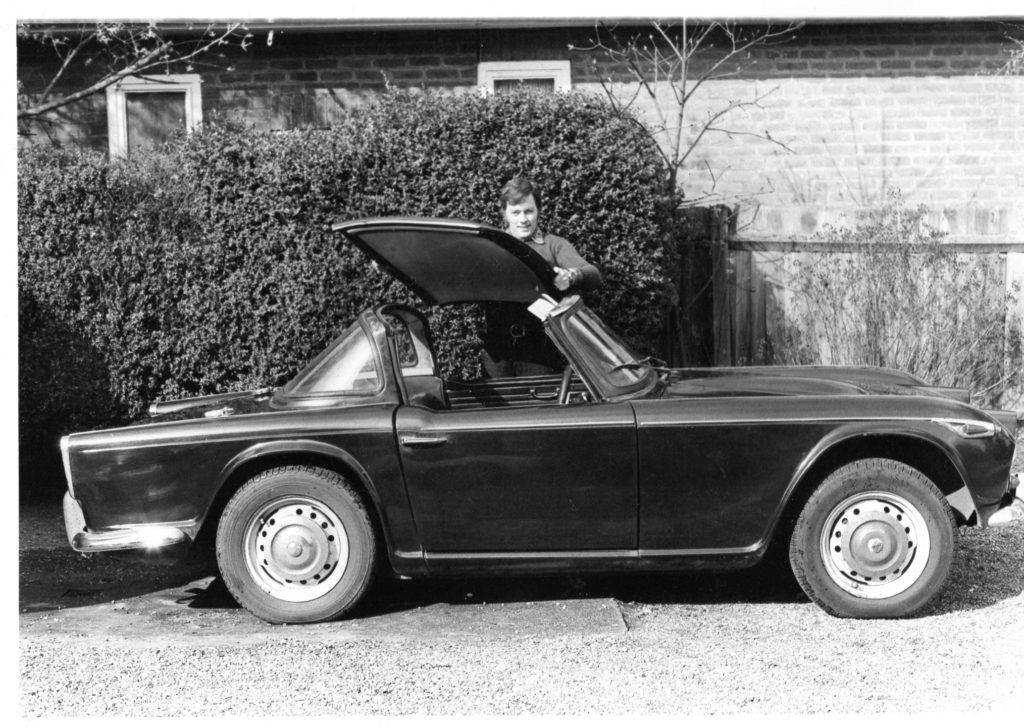 My TR came with the lift off ‘Surrey Top’ which predated the Porsche 911 Targa by a couple of years, at least. Standard wheels (not wires) and I later fitted an overdrive box.

Anyway, I bought the car, joined the TR Register and once went up to a club event at the factory in Canley. They were still building the TR7 at that time so that tells you how far back we’re talking. The event was fun and the TR Register, then as now, is one of the great clubs. 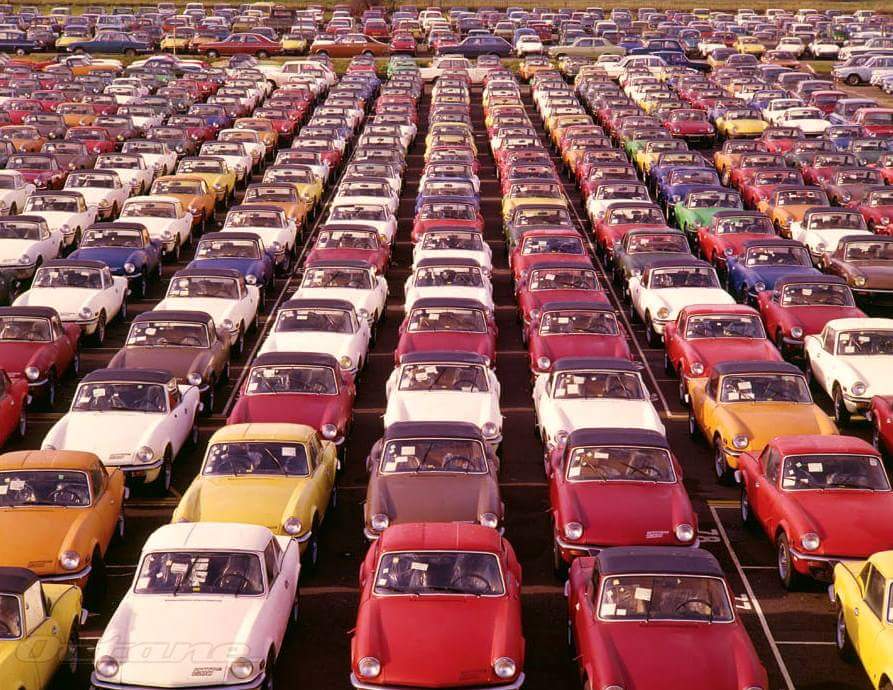 Although renowned as a Triumph plant, Canley was originally the home of the Standard Motor Company and even after it closed down in August 1980 (as part of yet another British Leyland ‘reorganisation’), locals still referred to it fondly not as Triumph but as “The Standard.” Maybe they still do. (Picture above, courtesy of Octane). 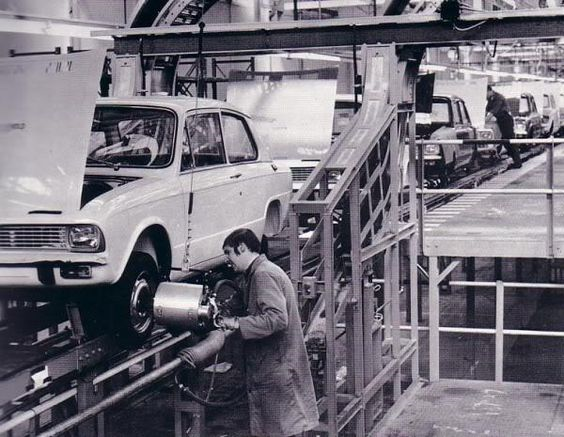 Canley was eventually demolished but people don’t forget . Top Gear went there once, if you recall. I watched that on TV and once again that melancholy feeling started to come back. 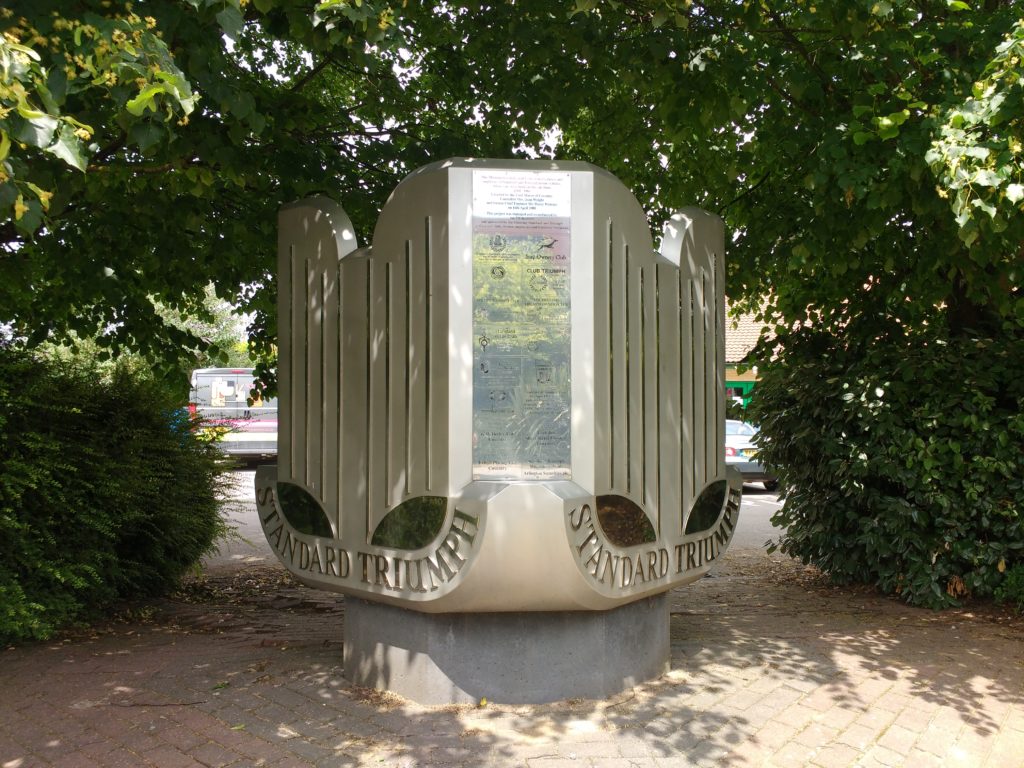 A few weeks back I was in Coventry so spent a nostalgic hour in Canley checking out what used to be and what has survived.

The Standard Triumph sculpture itself is impressive, no doubt: more than 6ft high and with two angled sides showing the famous Standard Triumph badge, so easily viewable whether you’re travelling up or down Herald Avenue. 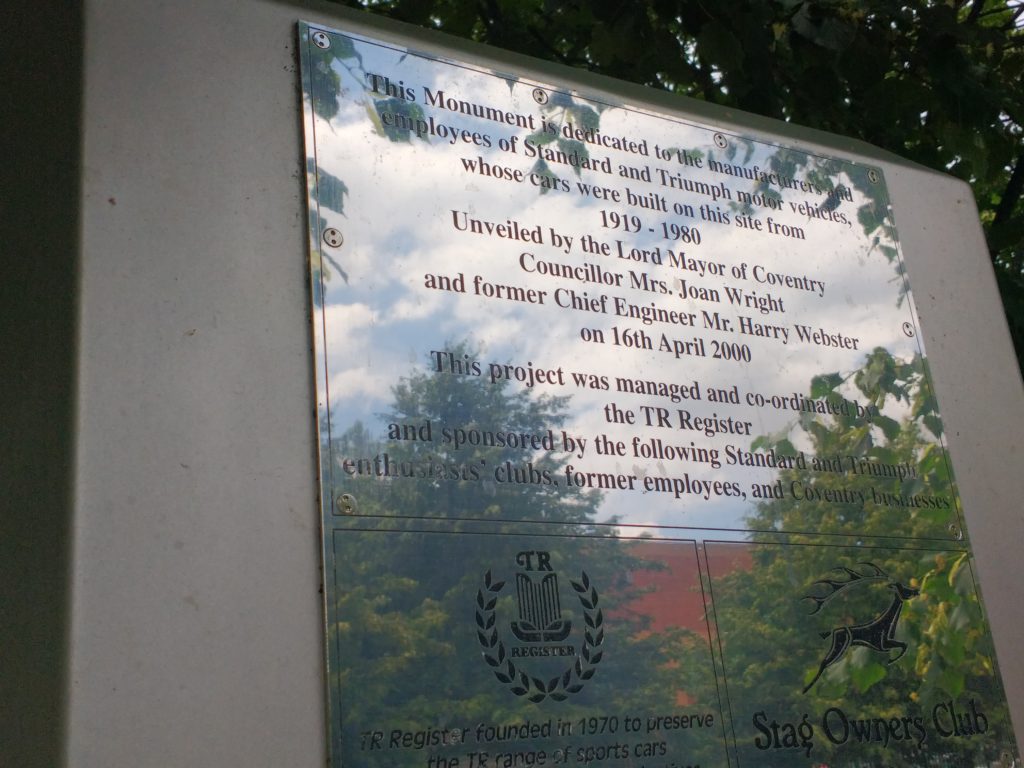 At the top, there’s a simple plaque “dedicated to the manufacturers and employees of Standard and Triumph motor vehicles, whose cars were built on this site from 1919-1980.”

Managed and co-ordinated by the TR Register, it was unveiled on April 16, 2000 by Coventry’s mayor and Triumph’s respected former chief engineer, Harry Webster. 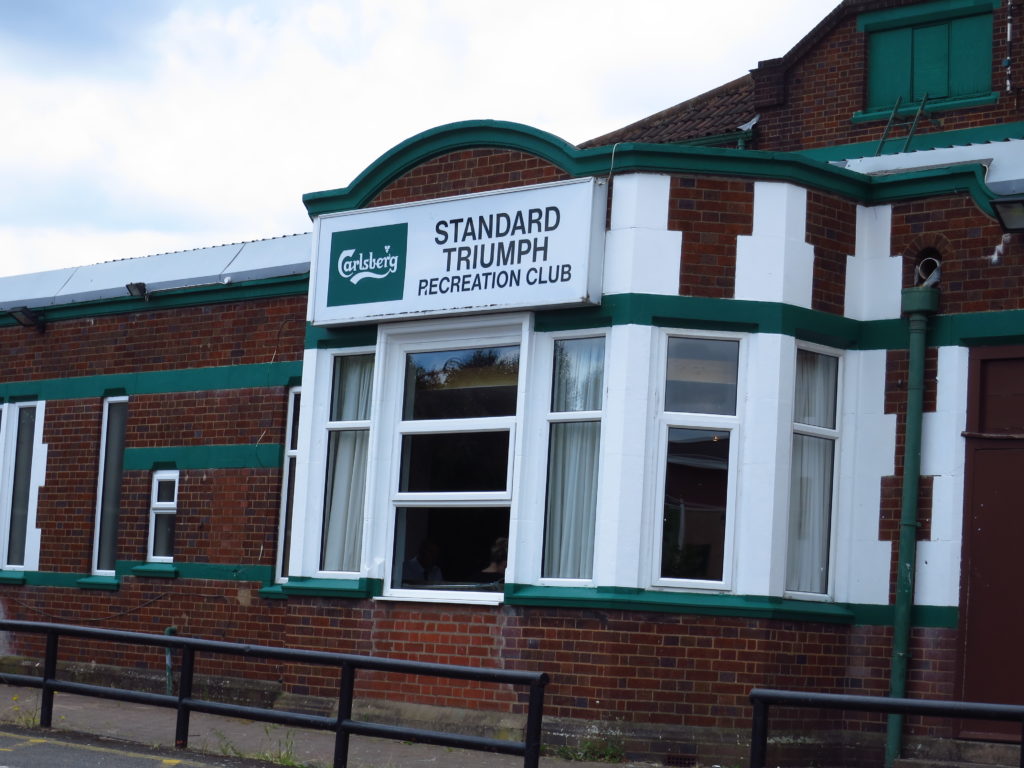 For a Triumph fan, it’s a moving place to be. Around the corner, there’s the Standard Triumph Recreation Club, today looking a bit forlorn and the only surviving building from what used to be the Canley industrial complex, so far as I could tell. 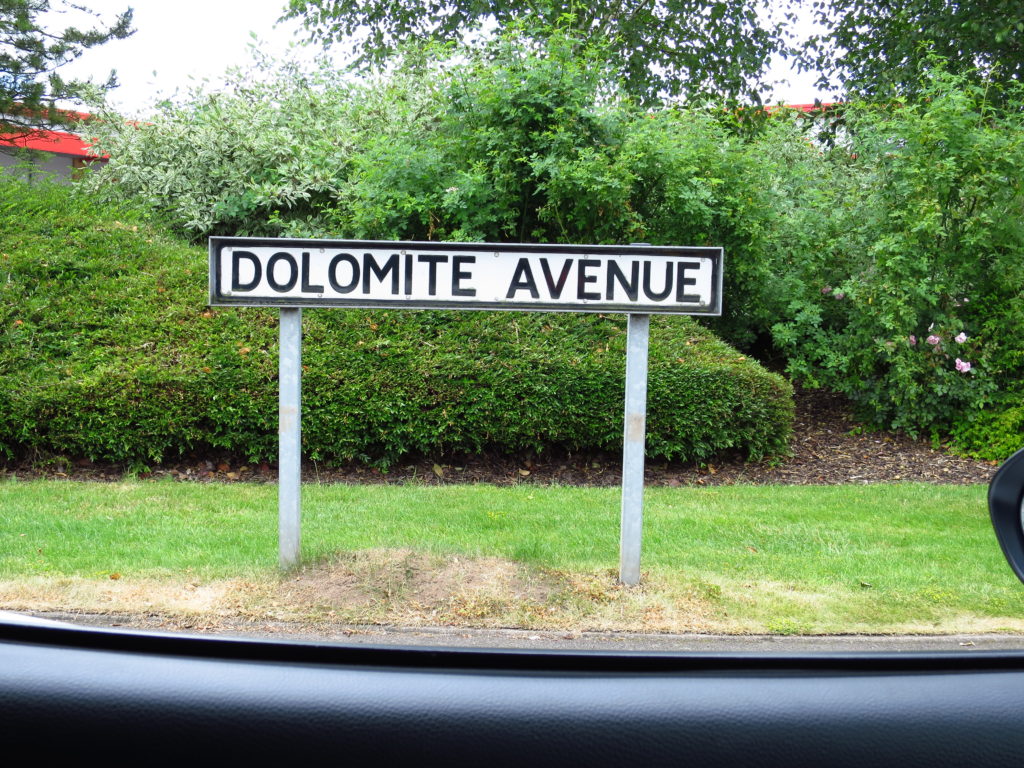 Ah yes, but the surrounding roads are sure to raise a smile for Triumph anoraks of a certain age. Dolomite Avenue, Toledo Close, Renown Avenue (leading to Spitfire Close). 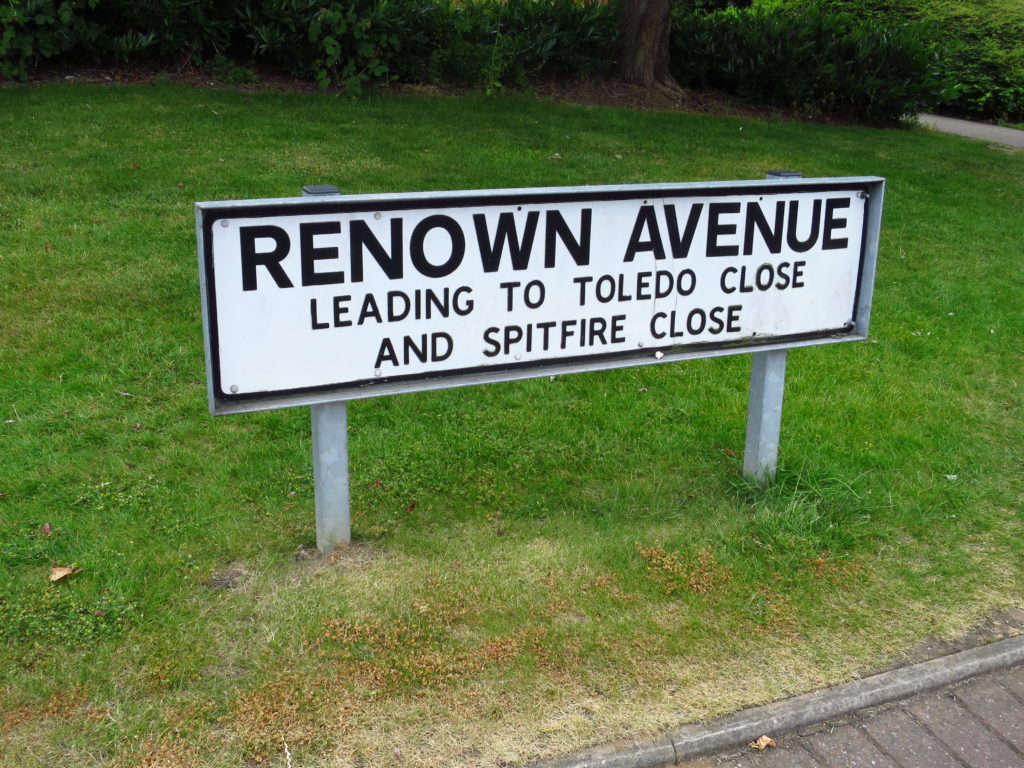 Drive down Standard Avenue, cross the roundabout then you’re into Vanguard Avenue….all great stuff, linked to model names from Standard-Triumph’s past catalogue. You can just imagine some fun conversations with the local council setting all that up. 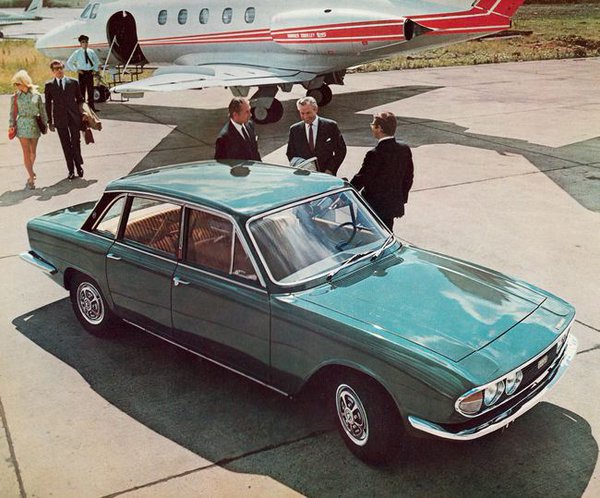 Let’s not forget Triumph was a solid marque in its day. Builder of the TR as well as the bread-and-butter Heralds, it also turned out the GT6, Vitesse, Stag, Dolomite Sprint and others. The Triumph 2000 and later 2.5 PI executive saloons were virtual British BMWs of their day. Lots of good product there but the whole Leyland crisis eventually brought it all to its knees. 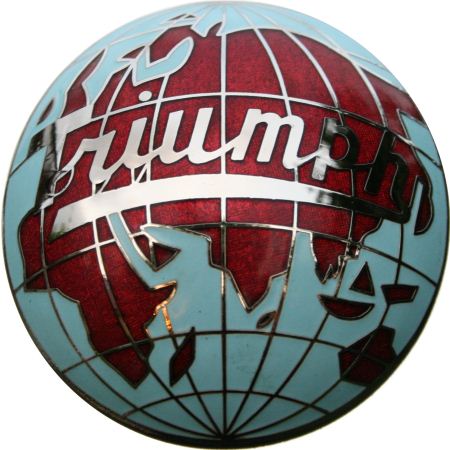 What about Triumph today? You might be surprised to learn that BMW owns the name (for cars), along with Riley. There was talk a few years back of a new Triumph TR4 and perhaps even a Riley relaunch when Anglophile Bernd Pischetsrieder was at the helm of BMW. 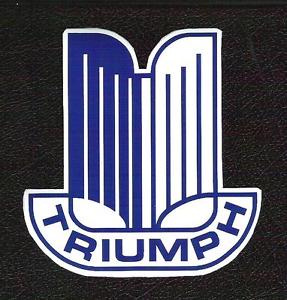 It didn’t come to pass yet ‘Triumph’ is still a great name (and badge) and it would be interesting to see how it tests among millennials in today’s market, quite apart from those who fondly remember Triumph in its heyday. Could it fly again? I reckon it could… 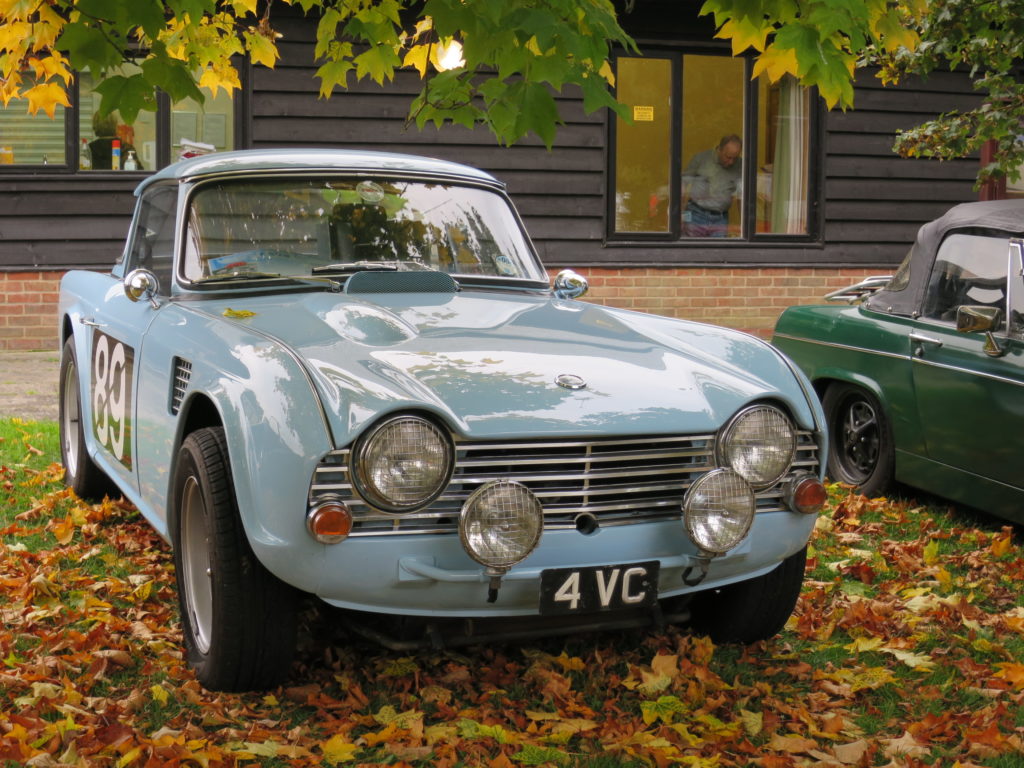 Cars from the TR4 and TR5 era meantime are still the stuff of fever and the real deal has to be a car in power blue and with a Coventry ‘VC’ number, like this famous ex-works rally car. ‘4VC’  that’s often seen at classic shows. Seriously big want on that one… 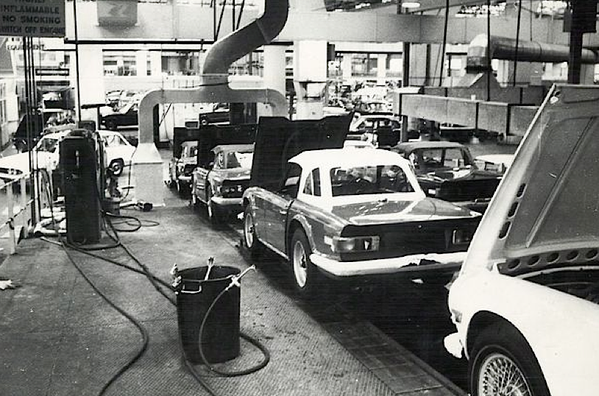 Back in Canley meantime, although the factory has long gone, ‘Triumph’ still lives on, in the memory at least. Every time I’m in the area, I find myself driving past the site of the former works – funny, that.  Now, let’s see, where are those TR classifieds…?