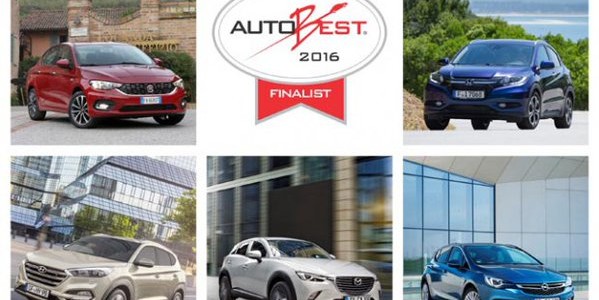 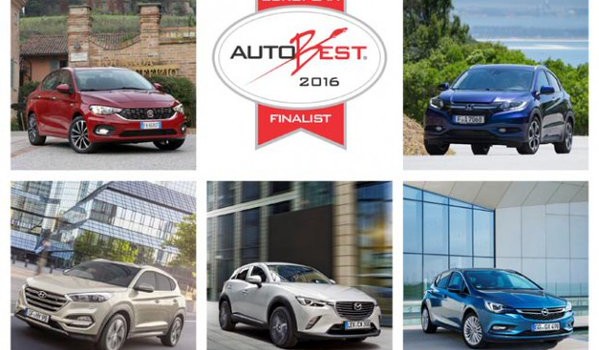 Momentum is building with AutoBest, Europe’s newly expanded Car of the Year organization. A five car showdown, to test and find AutoBest’s ‘Best Buy Car of Europe in 2016,’ is just days away now.

AutoBest, as a reminder, is the independent European COTY that focuses on the ‘best value’ car for mainstream European buyers. To qualify, a car must be all new, on sale across the majority of EU markets as of January 2016 and have a maximum standard entry of price of 20,000 Euros (before taxes).

After a first round of voting, a five car shortlist for AutoBest’s top prize was announced as follows (in alphabetical order): the new Fiat Aegea/Tipo; Honda HR-V; Hyundai Tuscon; Mazda CX-3 and Vauxhall/Opel Astra.

Over November 25/26, AutoBest jurors from 26 countries across Europe are set to converge on the Navak Proving Ground near Belgrade, Serbia for the final five car test.

At Navak, “we (will) perform some of the most relevant, complex driving tests in the motoring media,” comments Ilia Seliktar, president of the AutoBest jury.

Jurors thereafter make their final assessments and cast their votes. The winner will be announced on December 15. An AutoBest awards gala will then follow in Milan, Italy next February.

Looking at the contenders for AutoBest, it was insightful to see which cars didn’t quite make the final cut. The new Renault Megane, for instance, ultimately wouldn’t have been on sale across a sufficient number of EU countries in time. The new Skoda Superb was just over the AutoBest price limit in the majority of countries. The Renault Kadjar and Suzuki Vitara were further early nominees.

Already, some AutoBest awards have been announced. The ‘SafetyBest 2015’ award goes to the new Vauxhall/Opel Astra IntelliLux LED Matrix light – described as a breakthrough in car lighting systems. The fact GM has introduced this technology in the mass, compact European segment counts as another plus.

The AutoBest ‘ManBest’ (or ‘Manager’) 2015 prize goes to Olivier Francois, Chief Marketing Officer of Fiat Chrysler, with AutoBest Chairman Dan Vardie hailing him as one of the most creative executives in the industry and the ‘king’ of advertising on both sides of the Atlantic.