Audi1 Ford4 Lancia1 Mitsubishi3 Peugeot5 Subaru4 Toyota9 Volkswagen3 World Rally Chamoionship1
The Rallye Monte Carlo, one of the icons of the motorsport world, shifts into gear this week (Jan 21-24). Given its...

The Rallye Monte Carlo, one of the icons of the motorsport world, shifts into gear this week (Jan 21-24). Given its Riviera location, history and challenging mix of stages, a capricious blend of asphalt, snow and ice, plus the odd controversy or two thrown in for good measure, the Monte has long been a rally like none other. Rally fever? The 2016 Monte, which kicks off this Thursday, has it in spades. 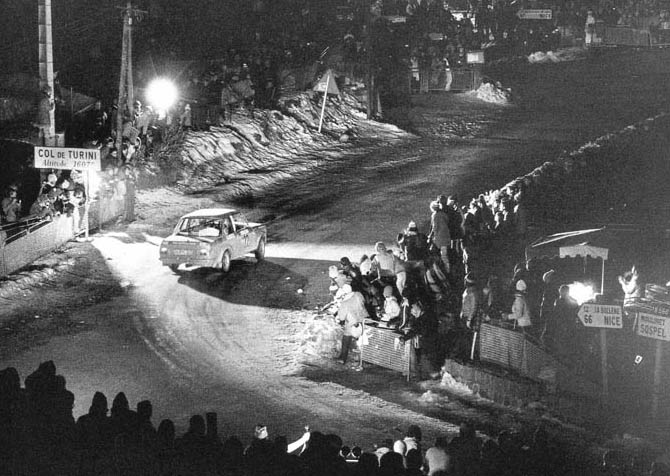 Through the years, crews traditionally tackled the Turini (1607 metres high) at night. If the endless high-speed twists and turns on the ascent were a challenge, as they approached the summit, they were suddenly presented with a very different heart pumping experience.

As they burst out of the blackness, a huge hailstorm of flashbulbs, noise and flares erupted as a big, boisterous, football-style crowd was there, ready, waiting to cheer them on. Even for experienced crews, the whole thing was said to be genuinely character building. 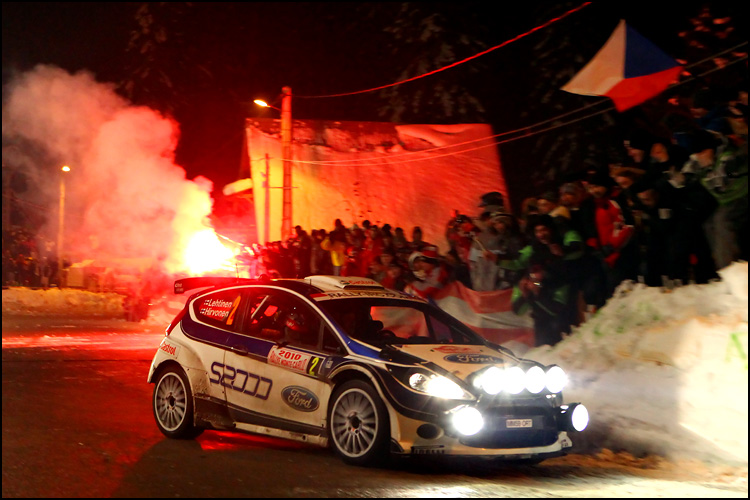 That’s what I’ve long read about and wanted to see for myself, a summit firmly embedded in rallying folklore. Thirty years ago, on the launch of the Ford Sierra XR4 4×4, I marvelled at the fabulous car control and finesse of former works rally driver Gunnar Palm as he drove me across some snowier lower sections of the Turini.

But last year, on a kind of ‘busman’s holiday,’ I finally had the chance to do the whole 23 kms of the Turini myself. On a bakingly hot summer’s day in mid August, but not to worry… 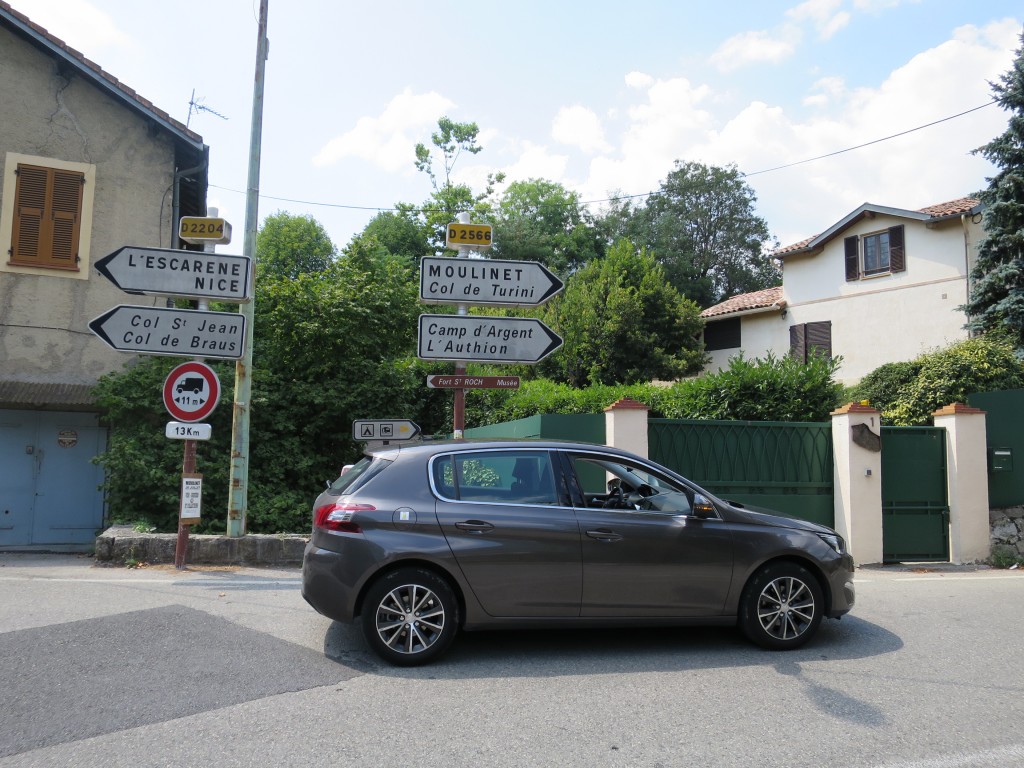 It would nice of course to say I had something fast and furious at my disposal (a Lancia Rally 037 or Mitsubishi Lancer Evo would have been good) but actually I attacked the mountain in a Peugeot 308 HDi 120 courtesy of Europcar. Yup, that’s right, a hire car but against the odds, perhaps, this turned out to be one of the best new age 308s I’ve driven with all the suspension suppleness, intuitive steering and compliant, well absorbed ride of great Peugeots of the past. Hurrah, Peugeot has its mojo back again.

Back in January 2002, I came across a brilliant ‘how to’ guide to the Turini, written by John Davenport in Motor Sport. It was all there, the different routes, landmarks, stages that have come and gone: exactly what I wanted. An inspired piece of writing, too.

Thus the day came and setting out from my hotel, I eventually find my way to the town of La Turbie on the Corniche Sublime where the legendary Turini climb starts in earnest. 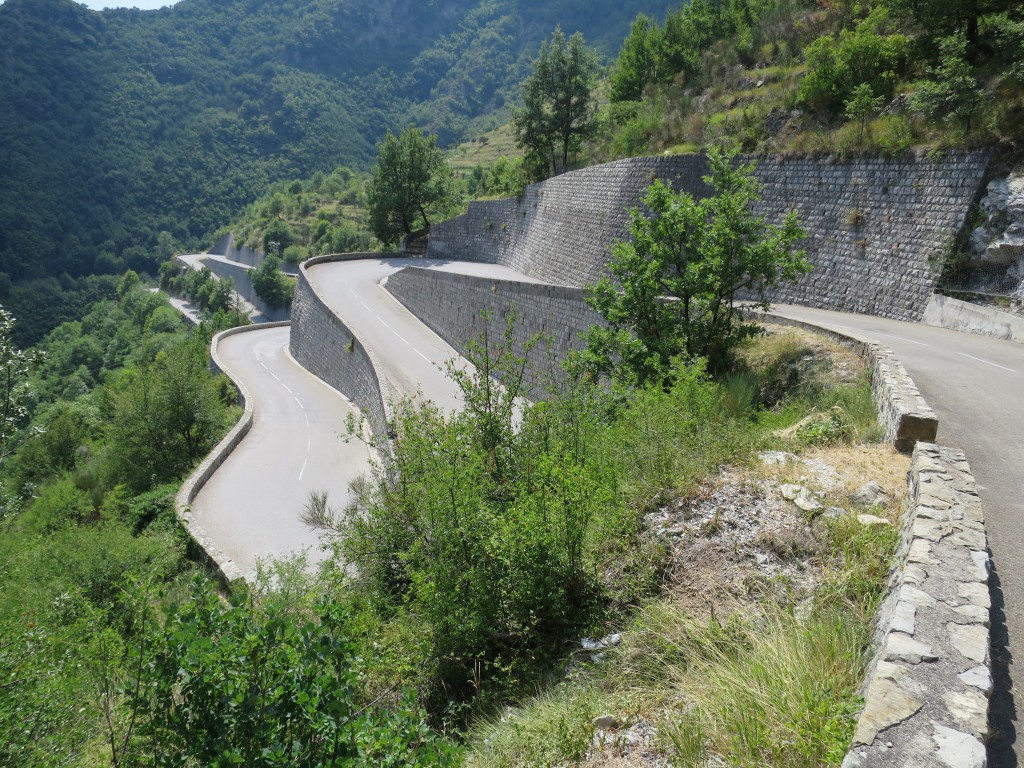 From there, I take the D53, D22 and D21 up towards L’Escarene and through the hairpins, let me tell you this is driving enjoyment of the top, top order… 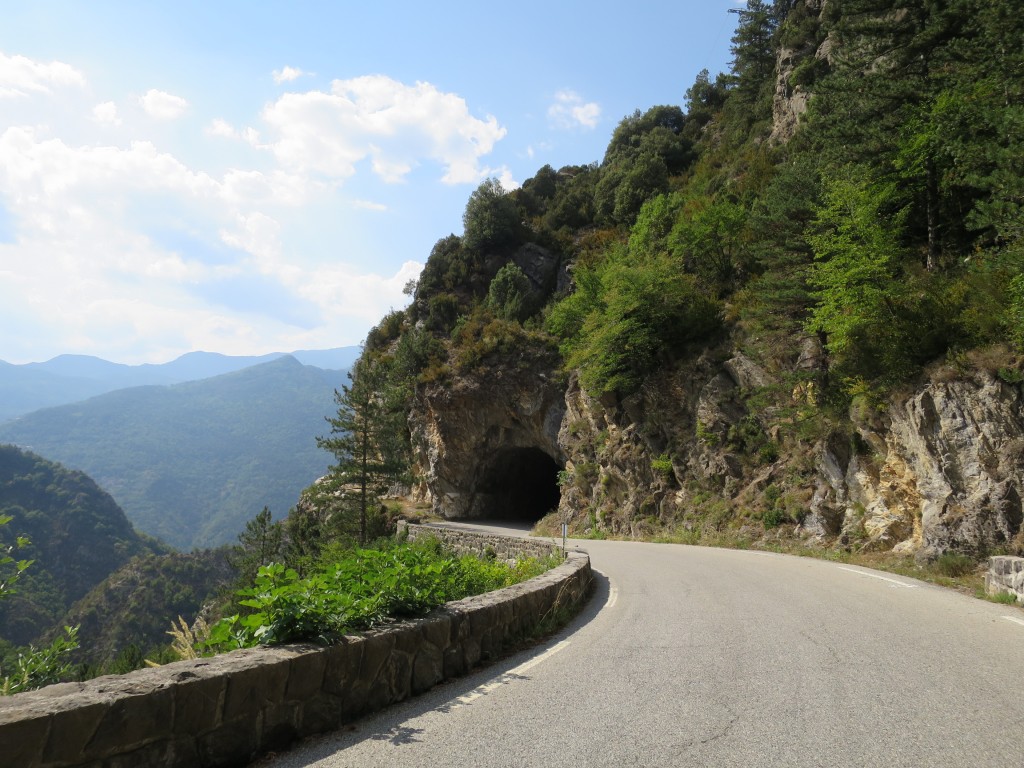 On the way up, I tackle the infamously twisty and narrow stage over the Col de la Madone that’s featured some years on the Monte, but I confess I much prefer the wider, faster sweeps of the Col de Braus. This section is simply fantastic in a road car (you’ll be whooping with joy behind the wheel).  In a rally car? Unimaginable. Off the clock. 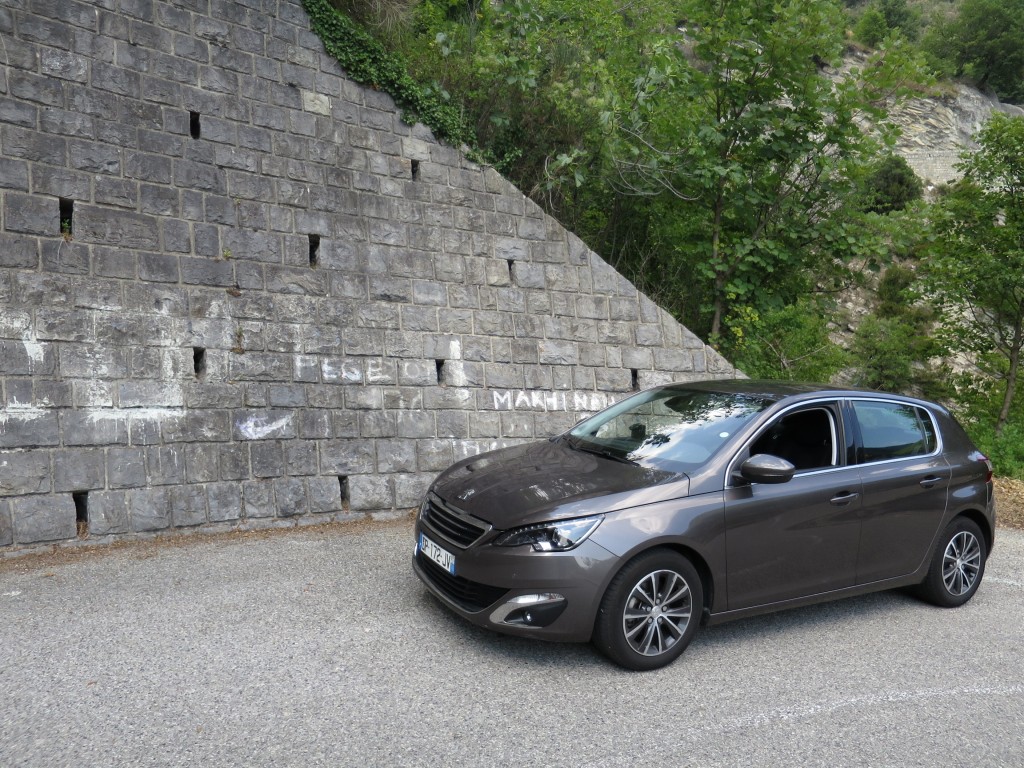 Soon, I pass a large brick wall daubed with slogans, ‘Peugeot’ and ‘Makinen’ among them. I’m getting close. I’m also thinking now about some of the controversies and dangers that have that dogged the Monte over time: spectators shovelling extra snow, stones or logs into the way of the cars to make things, ahem, a bit more “interesting.”

That, along with the ever fickle weather, has helped make the Monte such a lottery through the years….

Then, finally, I’m there. At the top of the Col de Turini. The stage for the greatest piece of theatre in world rallying…which in the summer turns out to be a short undramatic section of tarmac maybe 500 metres long and 50 metres wide. It’s way smaller than it seems in all the photos and on TV…. 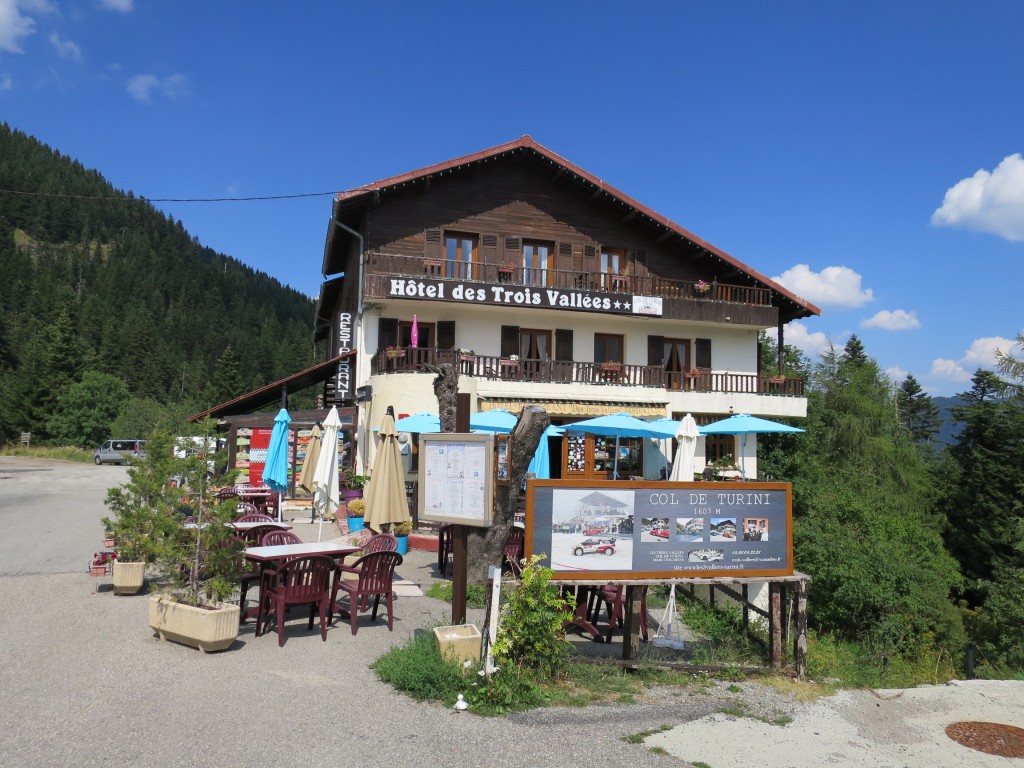 On this quiet Tuesday afternoon, a selection of bikers and cyclists have made it up here, but that’s about it. In the Hotel des Trois Vallees, though, I stumble across a huge collection of photos, cups, posters, old rally plates, models, stickers and more, commemorating past great years.  In the photos I can see WRC greats Ari Vatanen, Tommi Makinen, Francois Delecour grinning with fans. Nice. 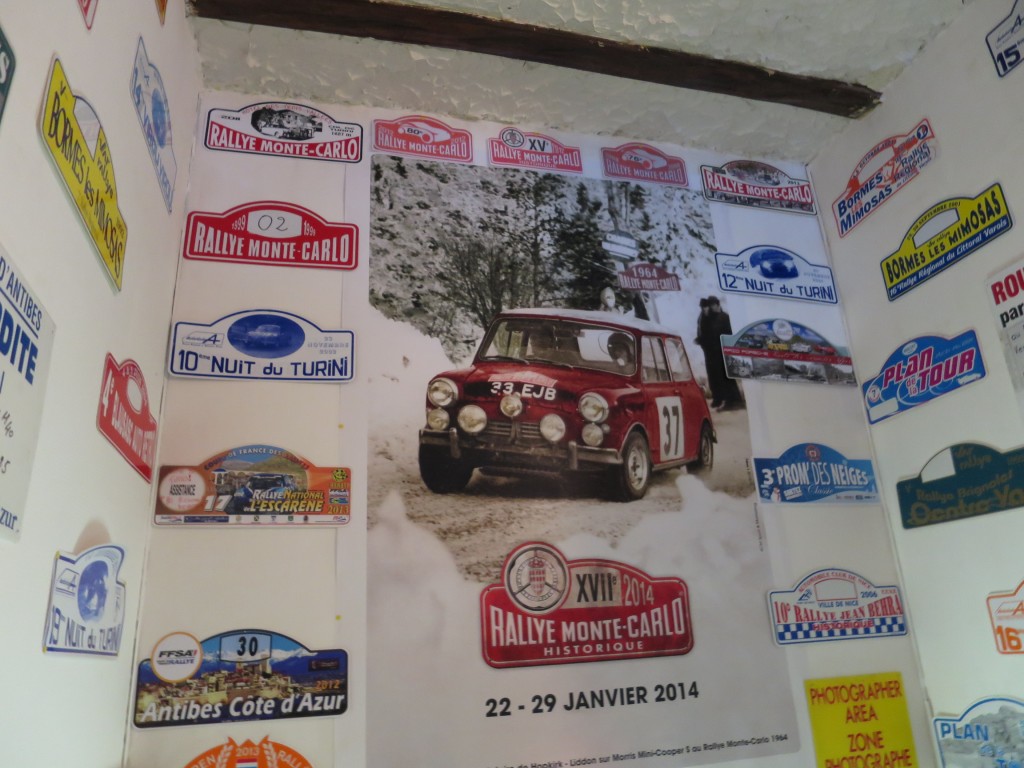 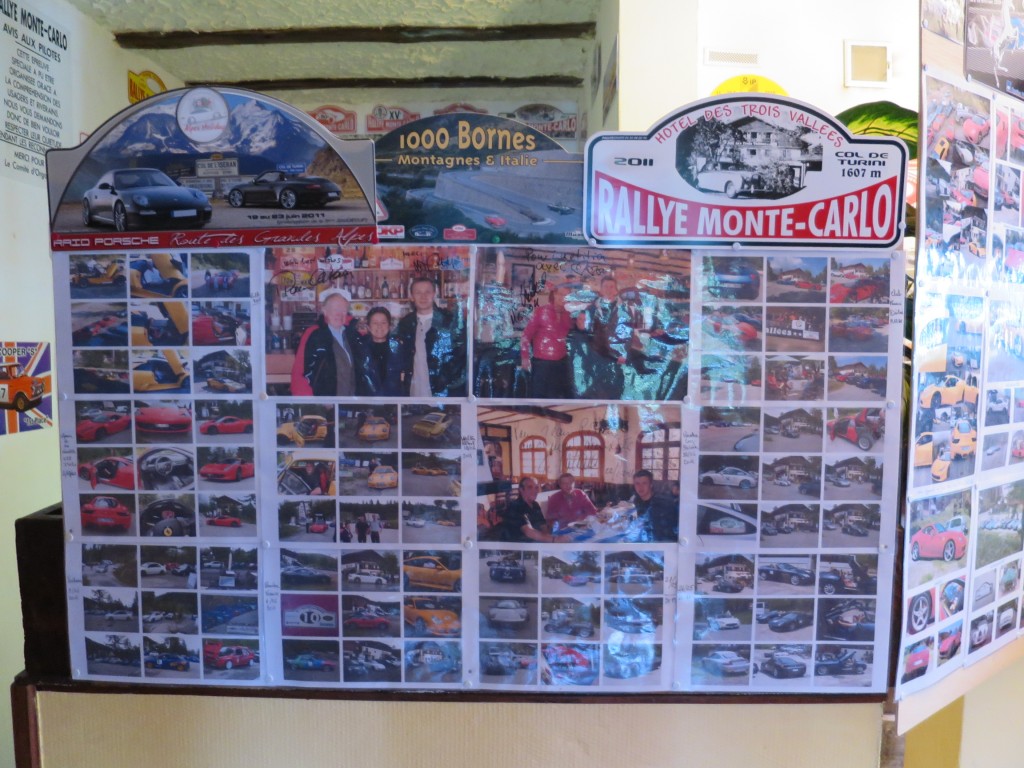 Yes, you can feel the fever building in this enthusiasts’ shrine to the WRC and I mentally make a note to check out the rally tours that bring you up here when the Monte is on.

For all that, it’s been a while since the Turini has been run at night, I hear, which obviously takes away a lot of that febrile atmosphere, just as it’s no secret the Monte is not the force it once was. Time was when manufacturers plied serious time and money into the Monte and WRC which along the way led us to those fearsomely fast Group B monsters from the mid ’80s. 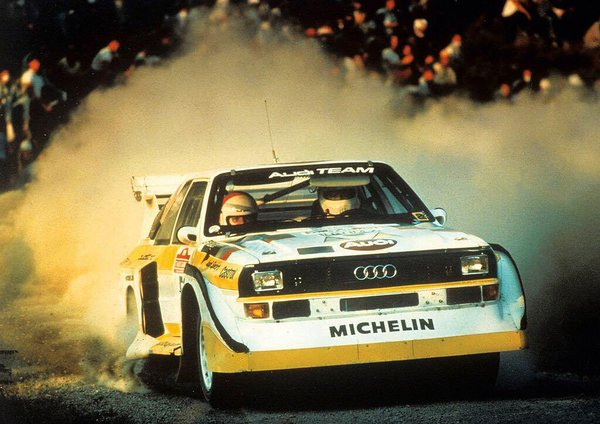 Yes,  three decades ago, at the height of the Group B attack, with full works teams from Lancia, Ford, Opel, Peugeot, Audi, Toyota etc competing hard, rallying rivalled Formula One for intensity and crowd appeal. That was a fabulous but dangerous era which tragically couldn’t last.

Thereafter, it was Lancia, along with Toyota, Subaru and Mitsubishi that essentially dominated, with Peugeot and Ford also winning WRC titles. But into the modern era, it’s been Citroen and Sebastian Loeb that’s comprehensively set the standard, winning upteen titles in a row. 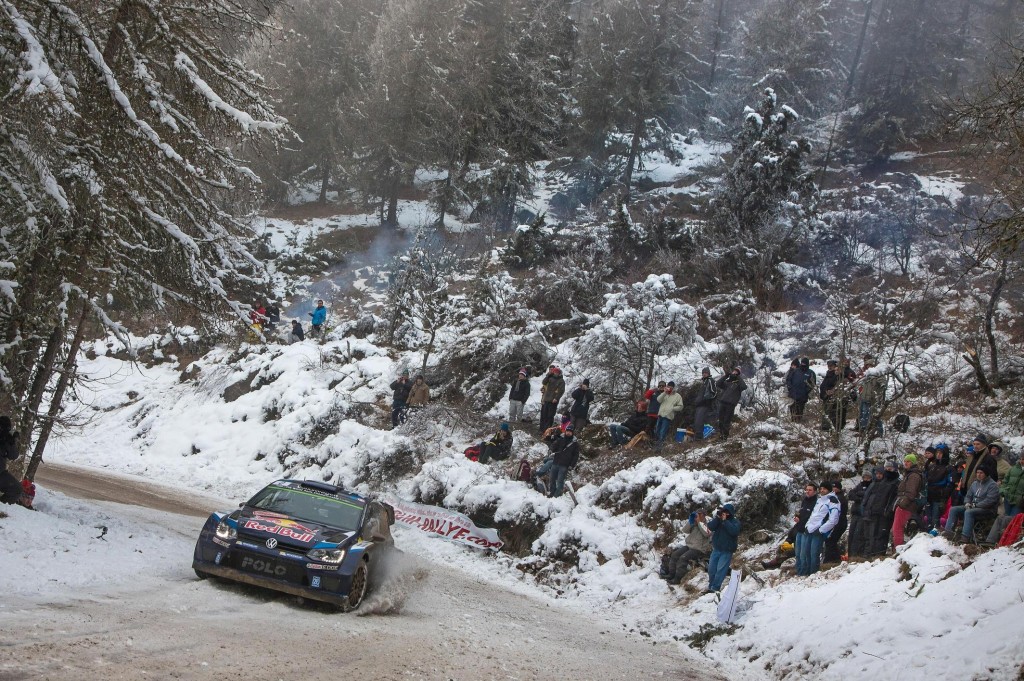 All credit meantime to VW for supporting the WRC and winning the last two Montes with its WRC Polo R. Will it be a hat trick in 2016? Hyundai is also in there and Toyota has said it will be back for 2017 to help further spice up the action. Good.

Brits will be able to see some Rallye Monte Carlo stages live on BT Sport from Thursday evening, when the rally launches after three days of recces.

Truth be told, the Monte Carlo Rally (to give it its good old fashioned Anglo Saxon name) has had varying fortunes in recent years, rather like the WRC itself.

But whatever happens, we’ll always have the Col de Turini. Winter or summer, the drive to this most famous map reference in World Rallying is something else.