Porsche2 Portimao1
Just what is it like to drive Porsche’s stunning new 911 GT2 RS? José Caetano from Portugal’s Auto Foco (and colleague...

Just what is it like to drive Porsche’s stunning new 911 GT2 RS? José Caetano from Portugal’s Auto Foco (and colleague from AutoBest ) last week had the answer.

This is his story. 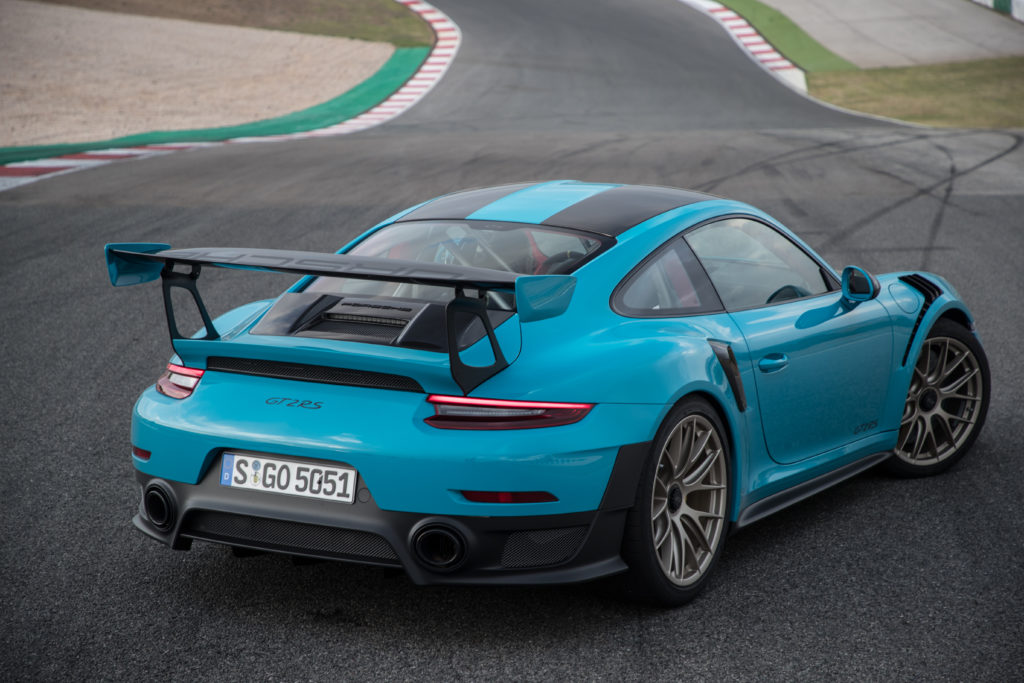 There is nothing above the GT2 RS when it comes to performance and outstanding road handling. It is a masterpiece of engineering with its 700 ps engine and motorsport-like chassis which also takes advantage of titanium and carbon fibre additions to turn this car into the best and quickest 911 ever built, as we were able to experience at the Portimao race track in Portugal. 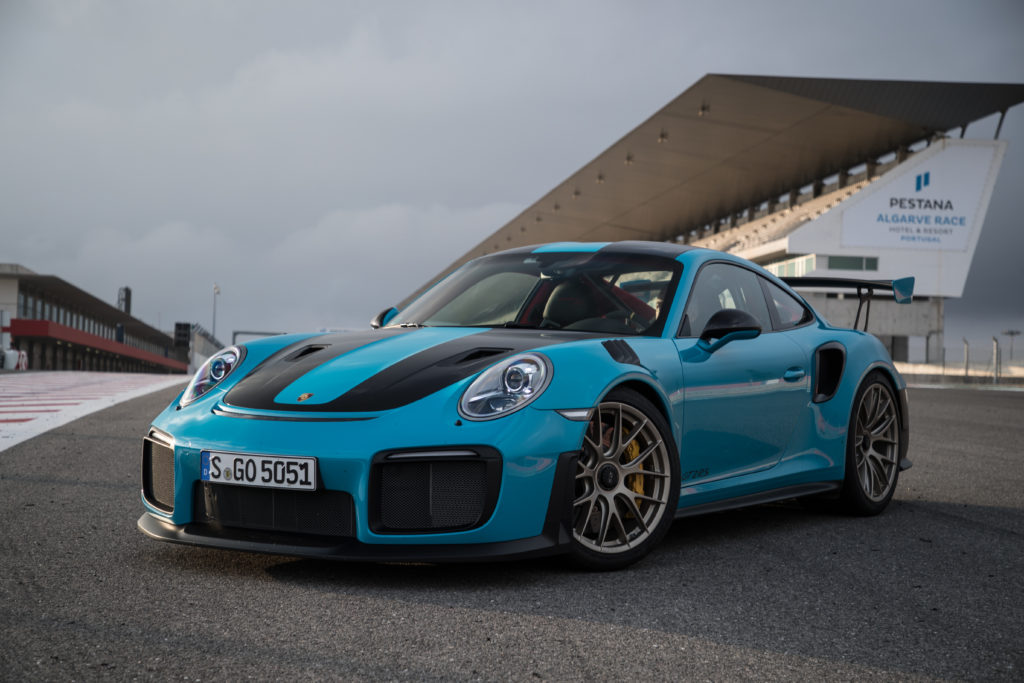 Porsche conceives the GT2 RS as a demonstration of what the company can do best halfway between motorsport and a street legal car (if you discount the fact that it will not be easy to drive at legal speed with these things…). 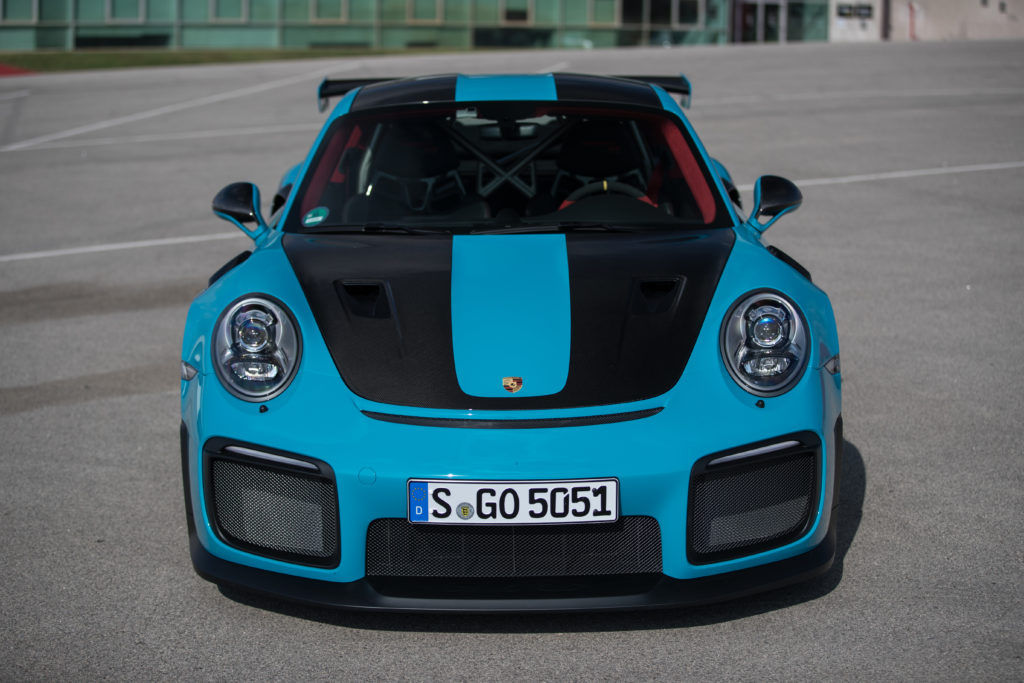 The previous generation, from 2010, had a headcount limited to 600 units (most of which were exported to the USA, with the UK and Germany also strong customers) but this new generation production will be up for grabs for anyone with a big enough bank account and an exquisite taste for this strong candidate for the title of best sports car on the world. 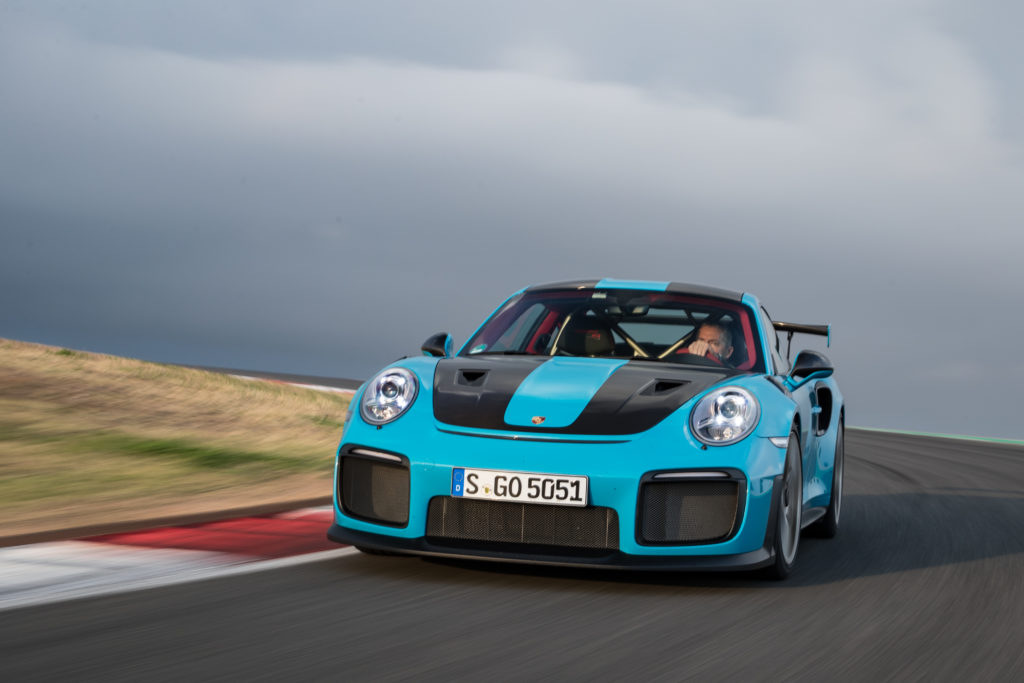 “You are sitting in the most extreme 911 Porsche has ever done, a demonstration of how far we can go”, smiles a confident Andreas Preuninger , the head of the GT model line-up at Porsche. And I am a firm believer of his words since I am still shaking from the mind blowing impressions that will stay with me for some time after 8 fast laps around the roller coaster like 4,2 km race track. 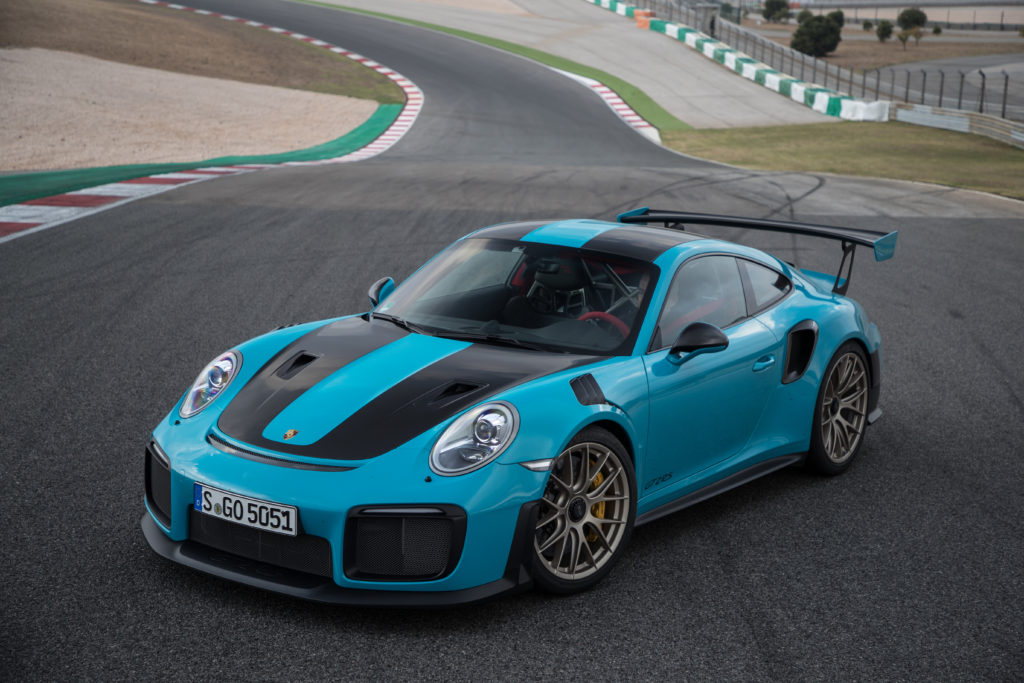 The evil intentions of this racing beast are pretty obvious the moment you set your eyes on its sinful body: huge air intakes in the front and behind the door, the striking outlets at the imposing fixed (but adjustable) rear wing, the wide front spoiler slip assure that engine brakes and charge-air coolers are refreshed as much as necessary and that the necessary downforce is generated to keep the GT2 RS clammed to the road. 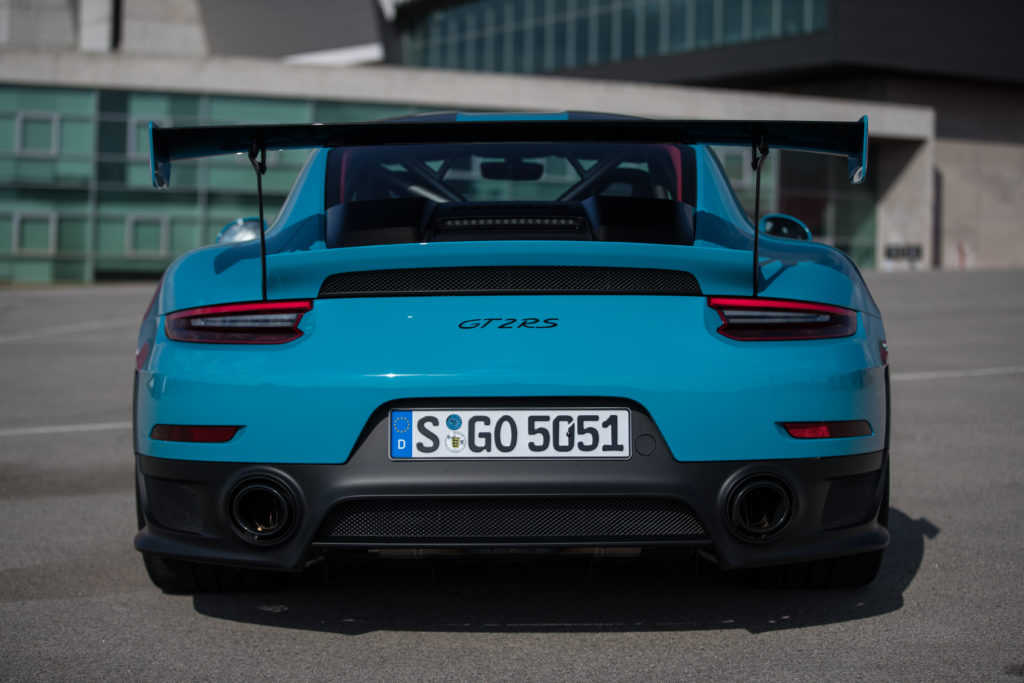 The comprehensive aerodynamic measures produce a sensational downforce which is key to the car´s overall impressive handling: a total of 312 kg (105 in the front and 207 in the rear) with the road set up and not less than 416 kg (145+271) in the track configuration. These make sure that the 2.8 secs sprint to 100 km/h and the 340 km/h top speed are achieved in good terms. 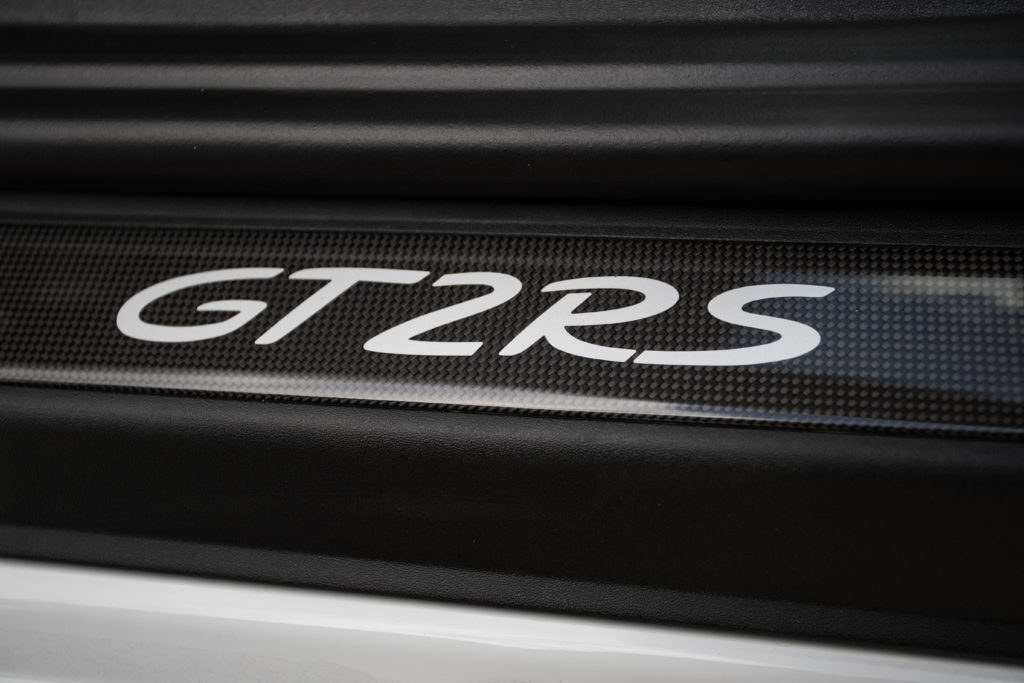 The overall weight of the car, 1470 kg, can be further reduced by 30 kg thanks to the Weissach Package (a number of lightweight construction and materials first introduced in the 918 Spyder). 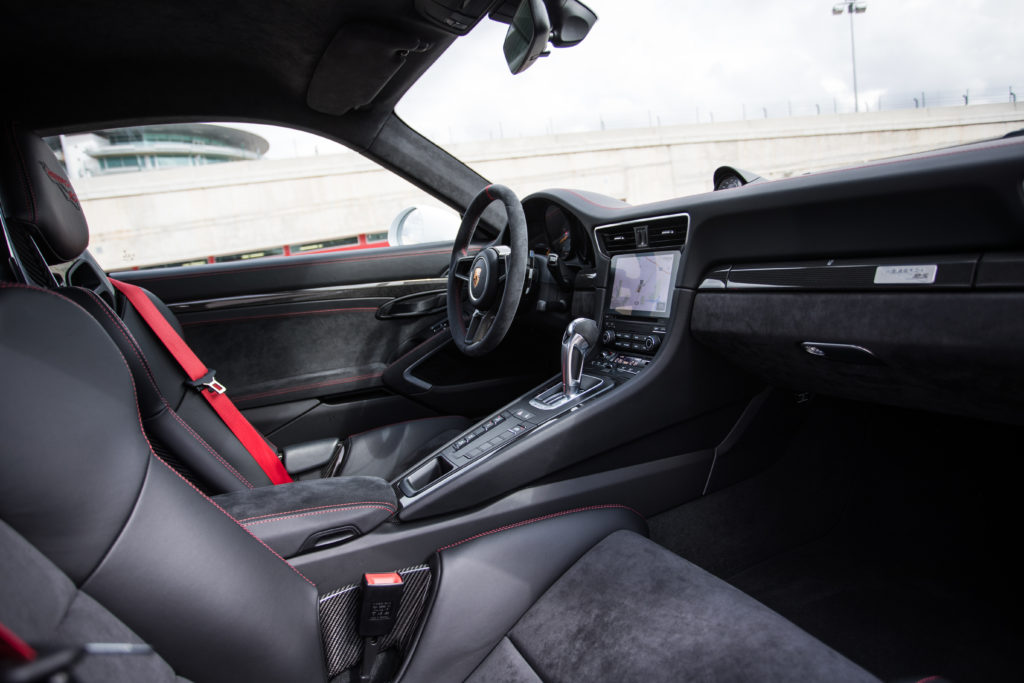 These include many body and chassis components in carbon fibre reinforced plastic, magnesium and titanium and excludes superfluous things such as audio system, air conditioning, rear seats and info-entertainment system (you will be sufficiently entertained while driving the “beast”…) 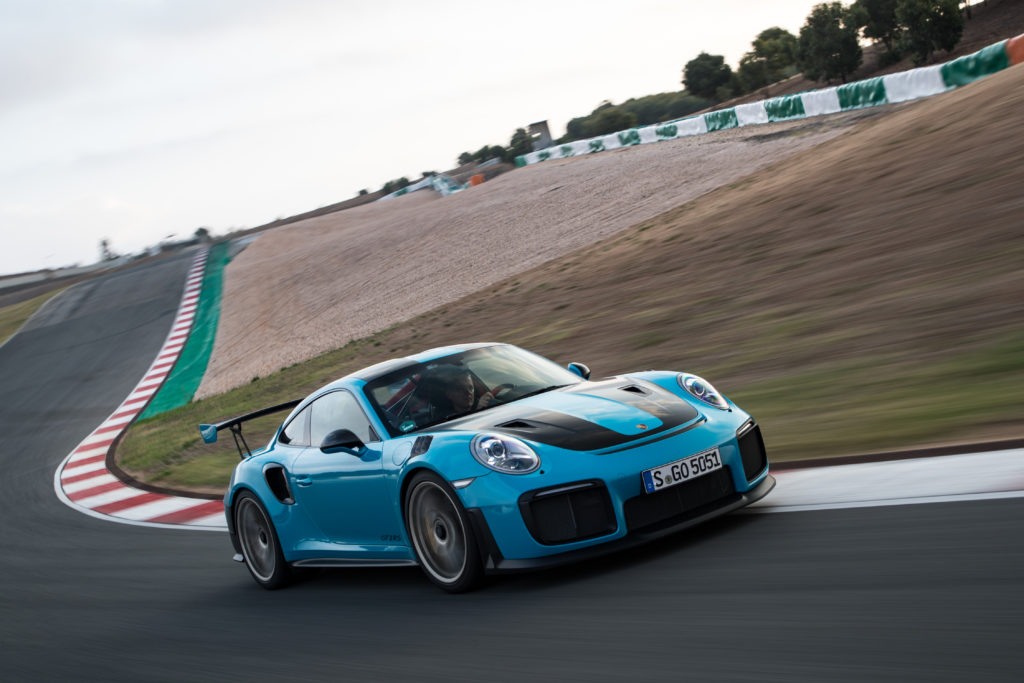 “One of the things that impressed me the most when I first drove the car is how precise the front end is, making it pretty easy to negotiate the corners very effectively”, Walter Röhrl tells me when I ask him what was the most striking feature of the new 911 king.

And indeed there are good reasons for that: for the first time on a road vehicle from Porsche all chassis joints have been replaced by steel ball joints creating a firm connection between chassis and body. 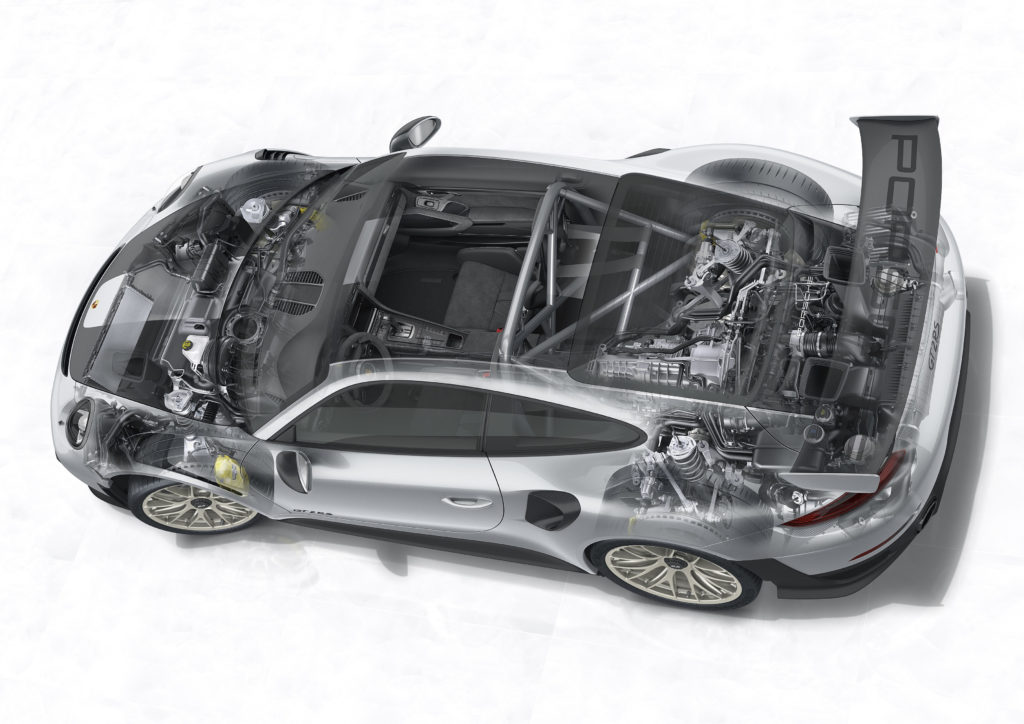 Then you have dynamic engine mounts to produce more uniform and increased propulsion force at the rear axle (this is a rear wheel drive car), greatly stiffer springs for the front and rear wheels, track adjustable ground clearance, wheel camber, track and anti-roll bars, along with the many Porsche usual aids to benefit road handling and comfort alike.

These include the variable shock absorber system (PASM) acting on each individual wheel, rear axle steering, PTM (Porsche Stability Management) and the fully variable PTV plus fully variable differential lock, torque vectoring plus… and we could go on and on for ever with this very rich technological compendium on these four wheels. 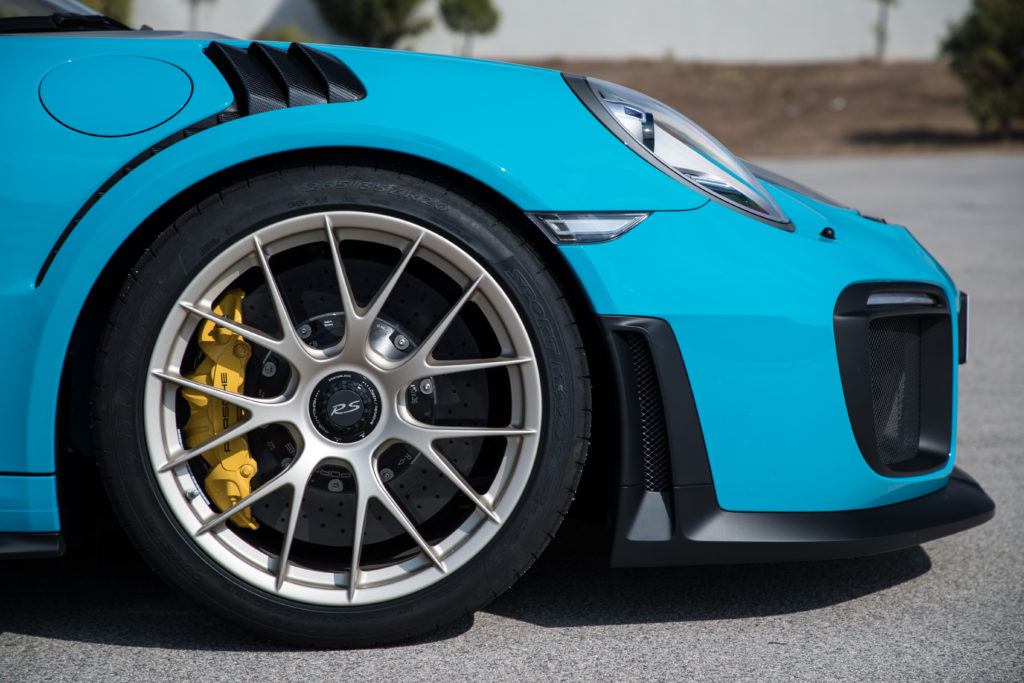 Wheels, yes… they put together magnesium with the 265/35 ZR20 high performance tyres in the front and 325/30 ZR21 in the rear which build up the necessary lateral support to help the GT2 RS to devour corners. 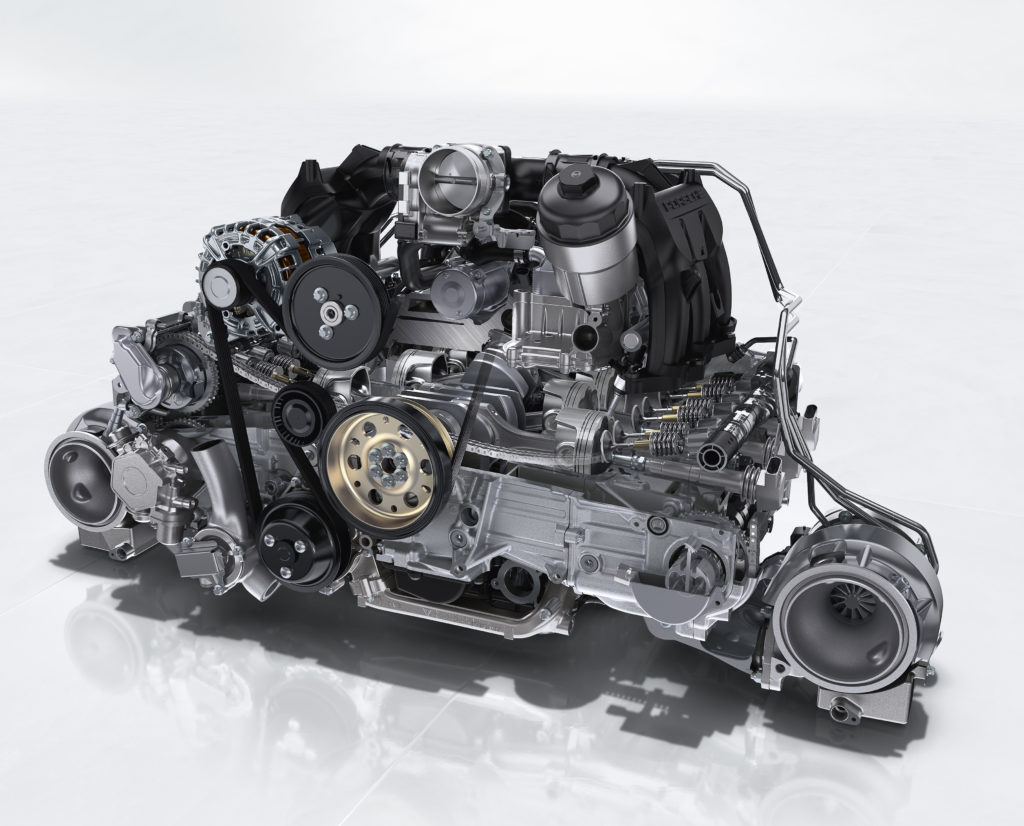 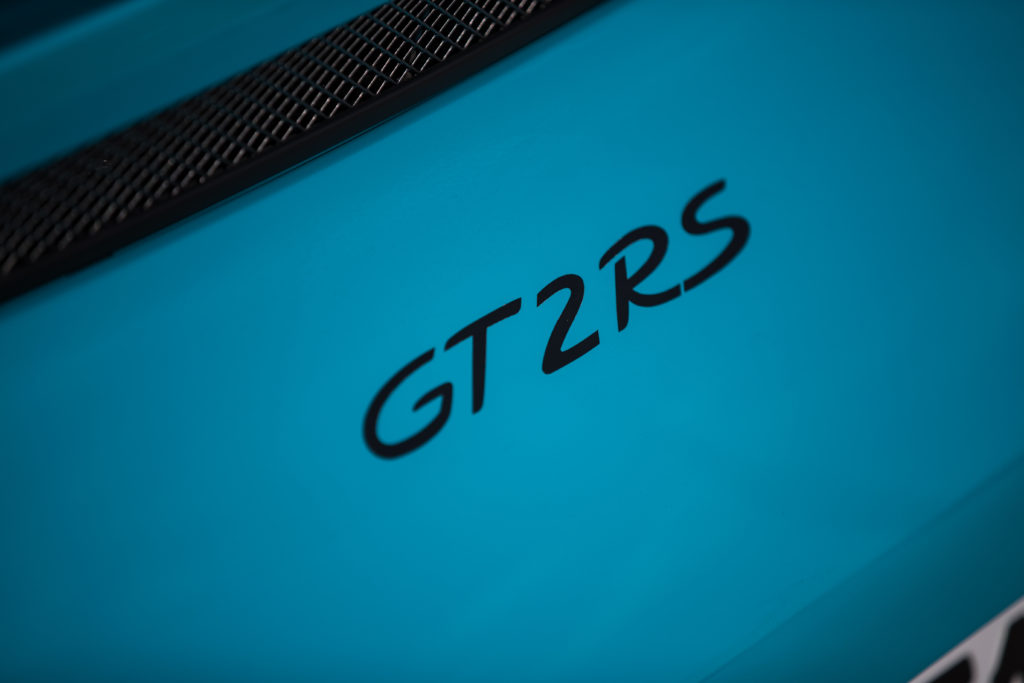 It still uses twin turbos with variable geometry (but bigger and with a maximum pressure of 1.5 bar each), motorsport-like pistons (which help the crankshaft to rev up to 7200 rpm, unusually high for a turbo engine), expanded intake system with smaller intake manifolds, intermediate charge-air coolers, enlarged (by 15%) intercooler and titanium exhaust system, among other measures. 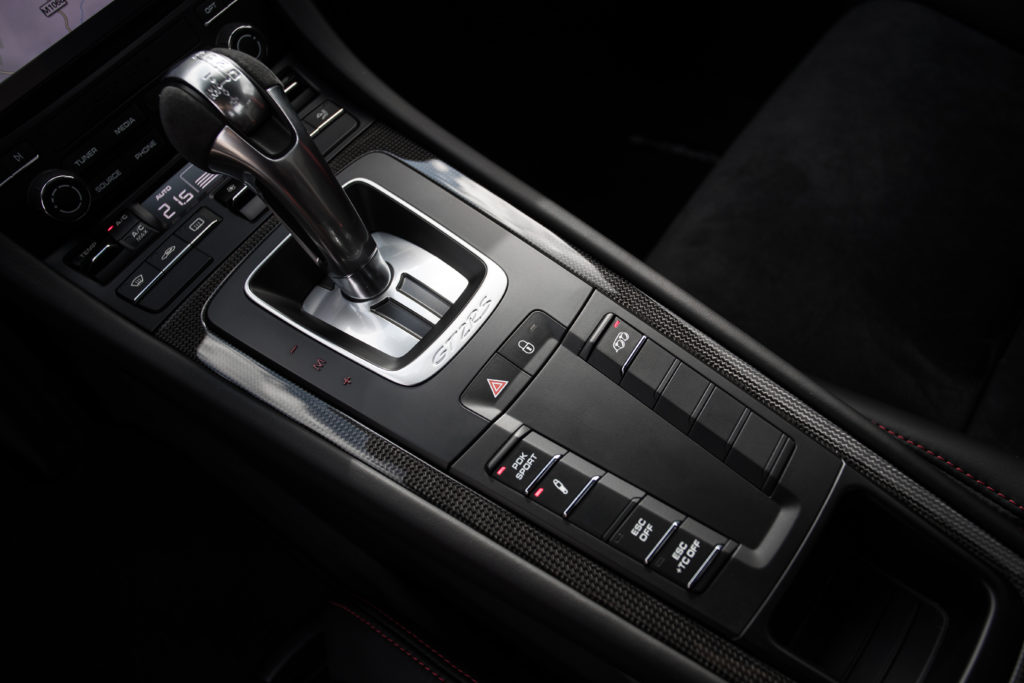 Compared to its predecessor, the new GT2 RS has a bigger engine (from 3.6 to 3.8 litres) and improved output by 80 ps and 50 Nm (700 vs 750 Nm now). Also important for the outstanding performance is the first application of PDK transmission on the GT2, allowing for quicker and smoother gear shifts which become tremendously fast on upshifts and punchy on downshifts when you select the PDK Sport program as I did after the first couple of laps at the Portimao track. 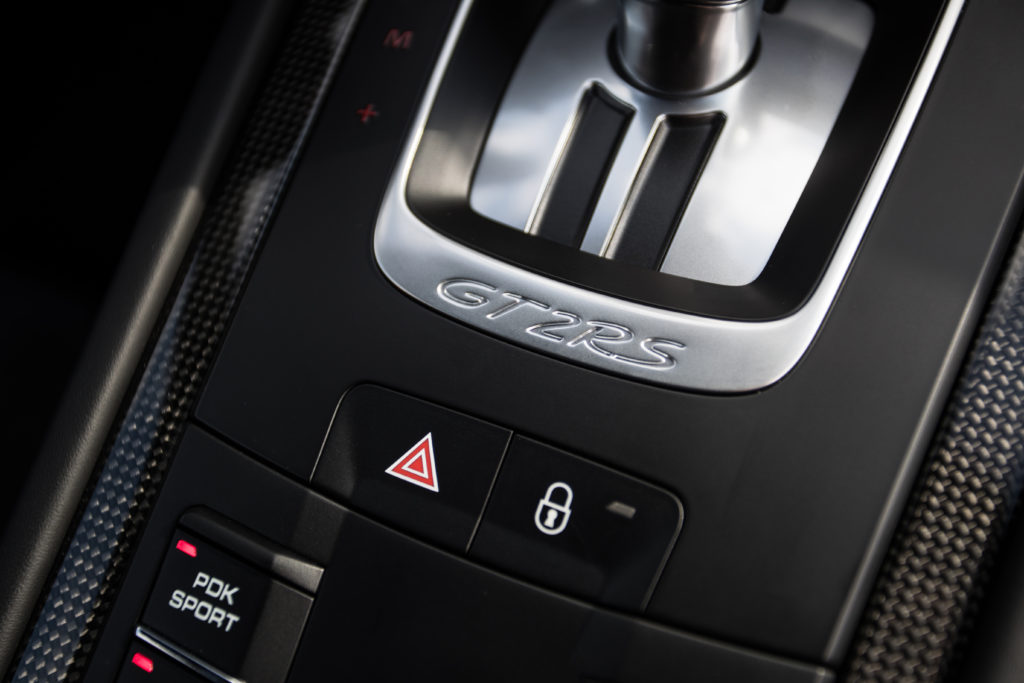 This gearbox also features the “Paddle Neutral” function which releases the clutches and the power delivery from the engine is interrupted when the driver pulls back both paddles at the same time. The idea is to bring an understeering vehicle back into control or, on the contrary, apply the propulsion force instantly to deliberately destabilise the rear of the car.

Mr.Röhrl  told me it works quite well as this is a function that can be mostly appreciated by drivers who own/have owned a FIA Super Licence title…

But what I could experience from the time behind the wheel of the GT2 RS is sufficiently impressive. On the mix of autobahn and secondary roads on the way to the circuit it is quite obvious that the car does not appreciate bumps (potholes even less, but you can actuate the 3 cm nose lift to avoid the need for a costly repair to the car´s expensive nose) and that the best way is to drive with the normal suspension setting and without the naturally amplified exhaust actuator (especially in this black striped body paint of the Weissach Package version the car´s appearance is striking enough…). 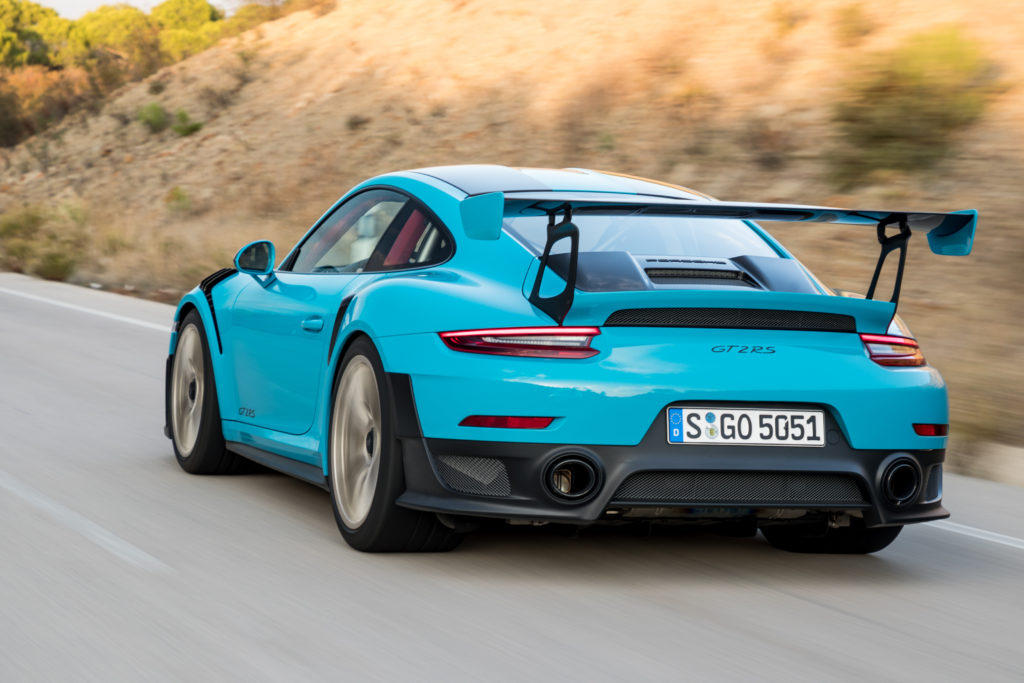 A succession of engaging corners tells you cornering ability is as amazing as expected by the never ending arsenal of motorsport like hardware and software and sets the tone for the hot laps behind a pace car on the track. 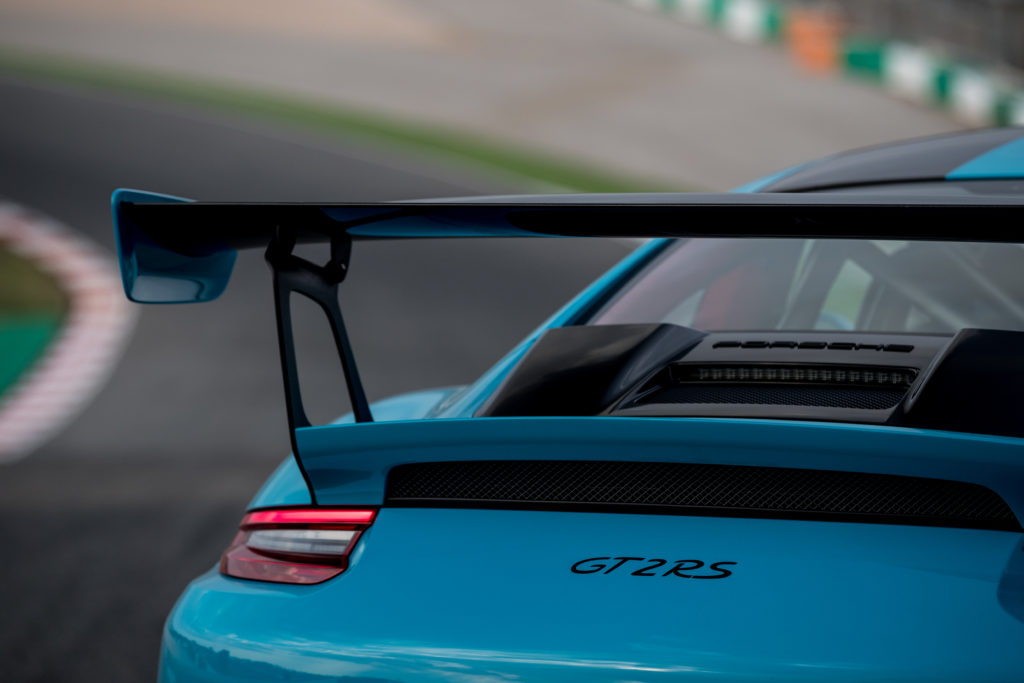 If you looked at the tech data and saw that the RS can blast up to 200 km/h in just 8.3 secs it won´t be much of a surprise to tell you acceleration can leave your brain struggling to process what is going on with your body, head and eyesight. 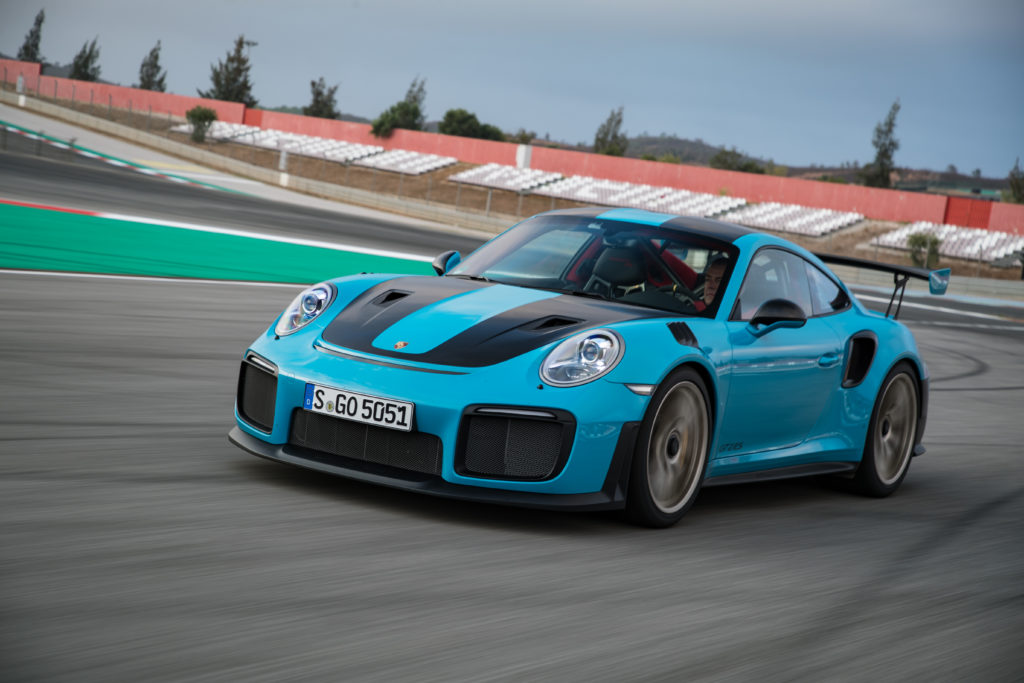 And ears, of course, as the exhaust sound amplifier (all natural, don´t forget) will fill your ears with a mix of joy, and probably some perplexity. Nothing to fear, though, as the unbelievably precise and fast (electrically assisted!!!) steering, the relentless ceramic brakes and the incredible overall handling from the chassis helps you to keep a fairly fast pace behind the professional driver pace car as you swallow up kms on the very 3D Portimao race track. Here, where the ups and downs challenge your body even more than the already defying high g forces would do on a race track that is “merely” twisty. 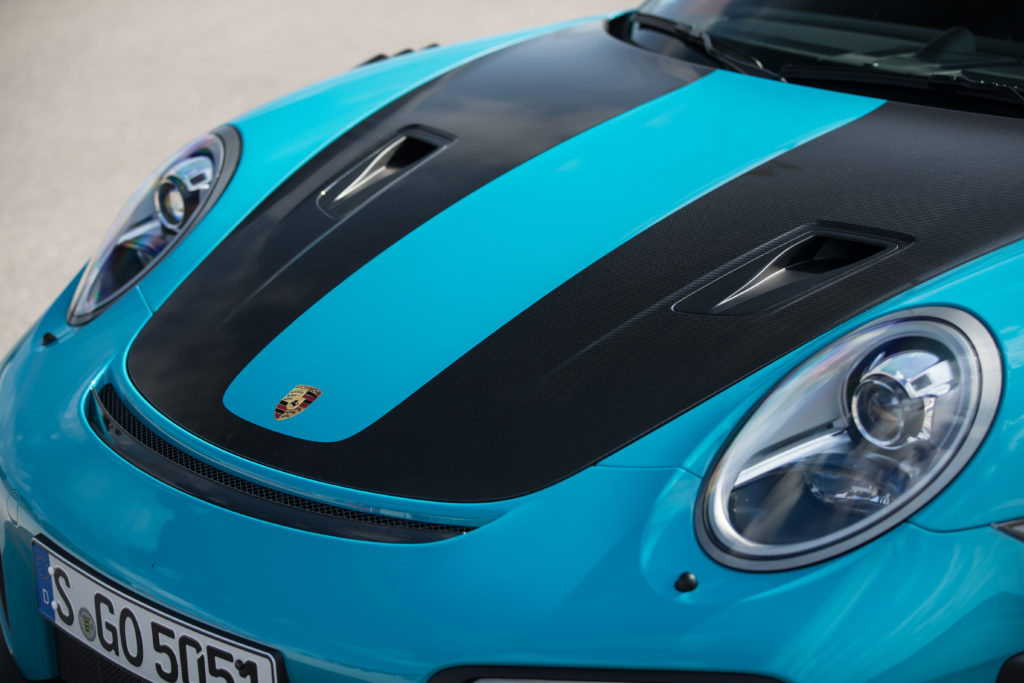 It is not easy to be close to perfection when you are talking about a car but this GT2 RS comes as close as it gets. I will not be set free before coming up with a defect? 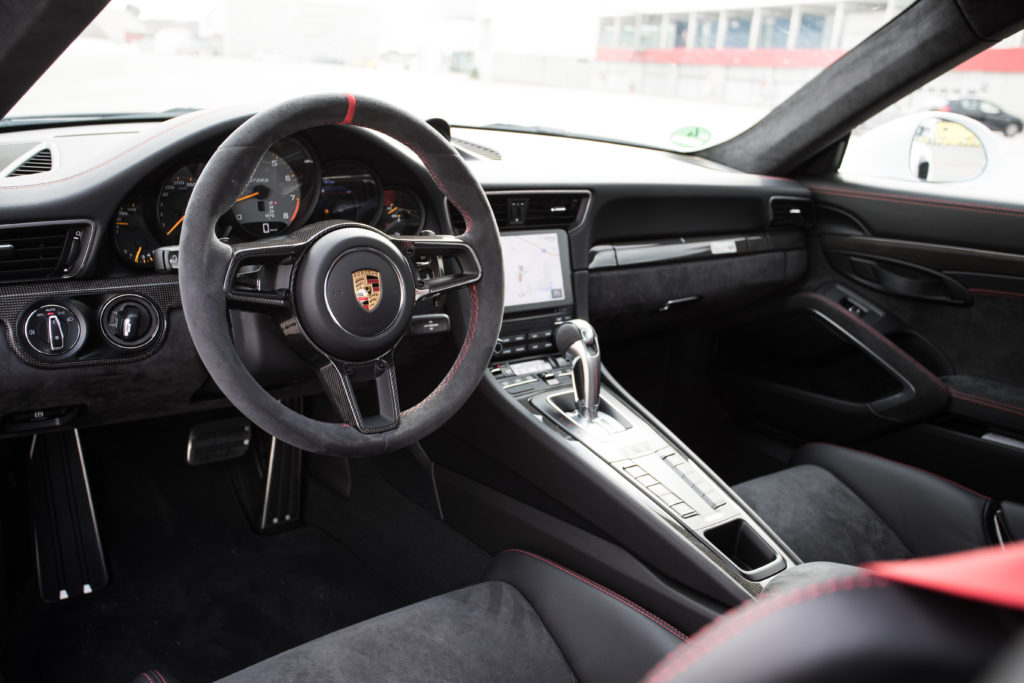 Ok… make it the infotainment system which is dated and producing some whims and complaints when you go through bad tarmac or generate high lateral forces (which you do). It seems to belong to the GT2 RS grandfather and needs an urgent update, especially when you look at what Porsche has done in the recent Panamera and Cayenne. 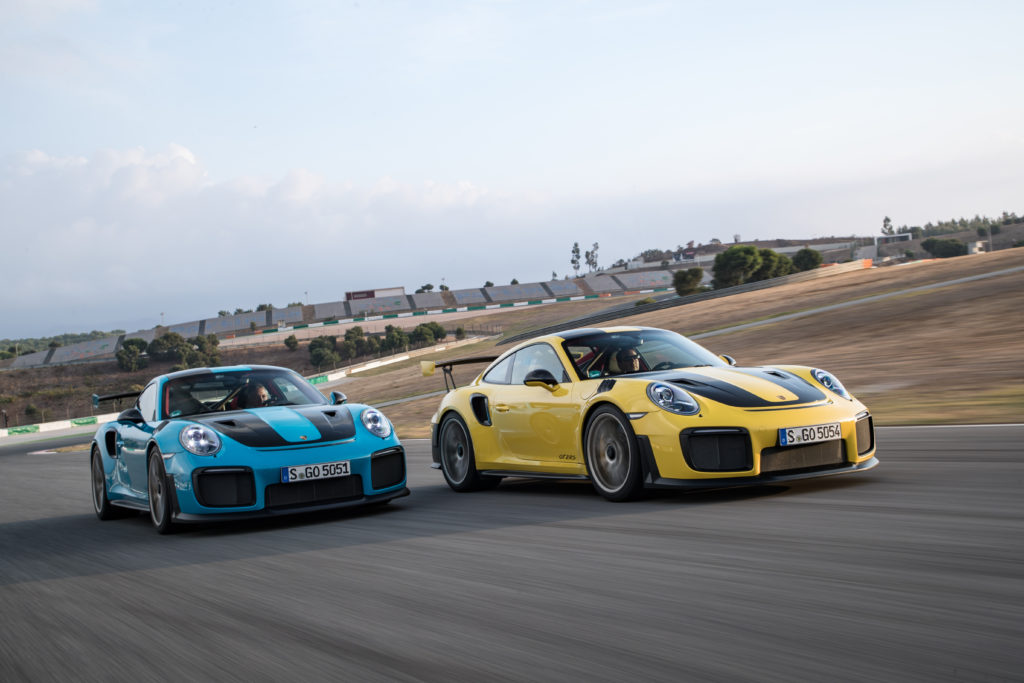 One hiccup is not enough. Ok, well with what you are asked to pay for a GT2 RS, maybe you could take home a 911 Turbo and a Panamera 4 E-Hybrid – for the family joy and the CO2 heavy conscience relief – but then you would not be able to try to replicate the 6.47,3 min record lap time for road approved sportscars (5 seconds quicker than the previous record) achieved this September at the Nürburgring green hell.

And that gives the Porsche GT2 RS a lot of credit which goes far beyond a figure.