Last week, the doors opened on the 2017 Tokyo Motor Show. Here are some thoughts on the latest Tokyo Show which runs through to this Sunday, November 5.

Let’s start by saying the Tokyo Show might not be the force it once was. Nevertheless it’s still a unique event on the world calendar and concepts and new models come out that you’ll never see anywhere else. On that basis and to see the latest from the Japanese auto giants on home turf, the show still has its place and is well worth attending. 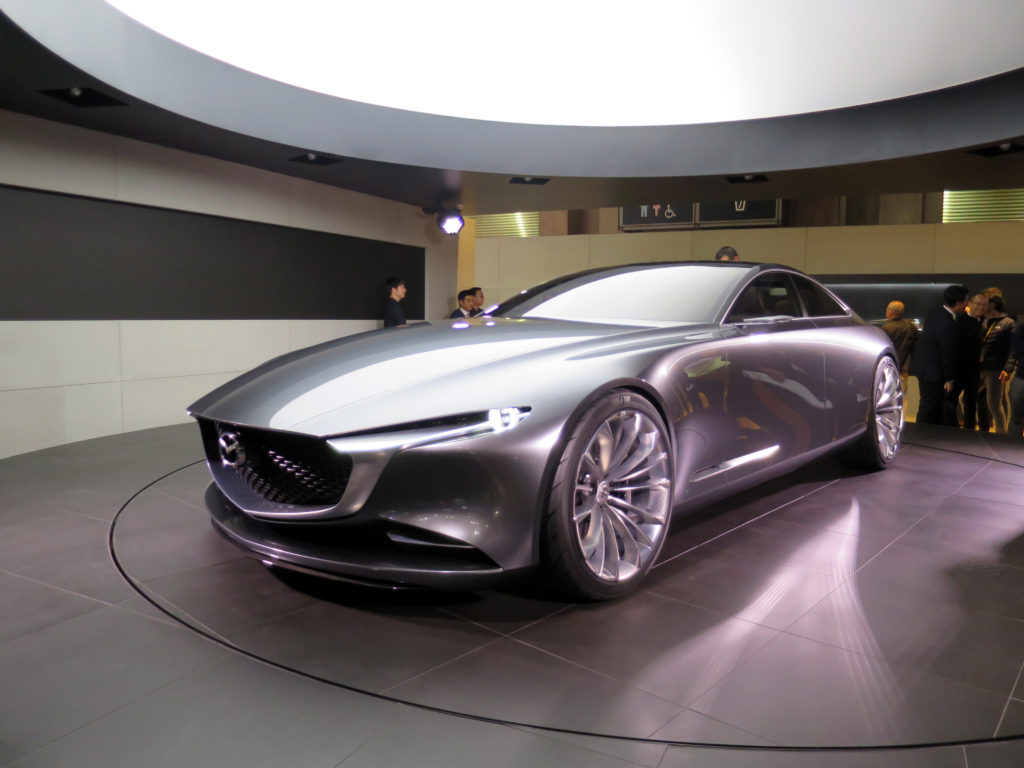 Car of the show, for me, was the Mazda Vision Coupe, a stunning interpretation of Mazda’s next generation KODO design philosophy. This was really high class piece of design, much admired by the professionals in our business, a premium four-door coupe that perhaps points the way to a future RX-8 successor with rotary range extender. 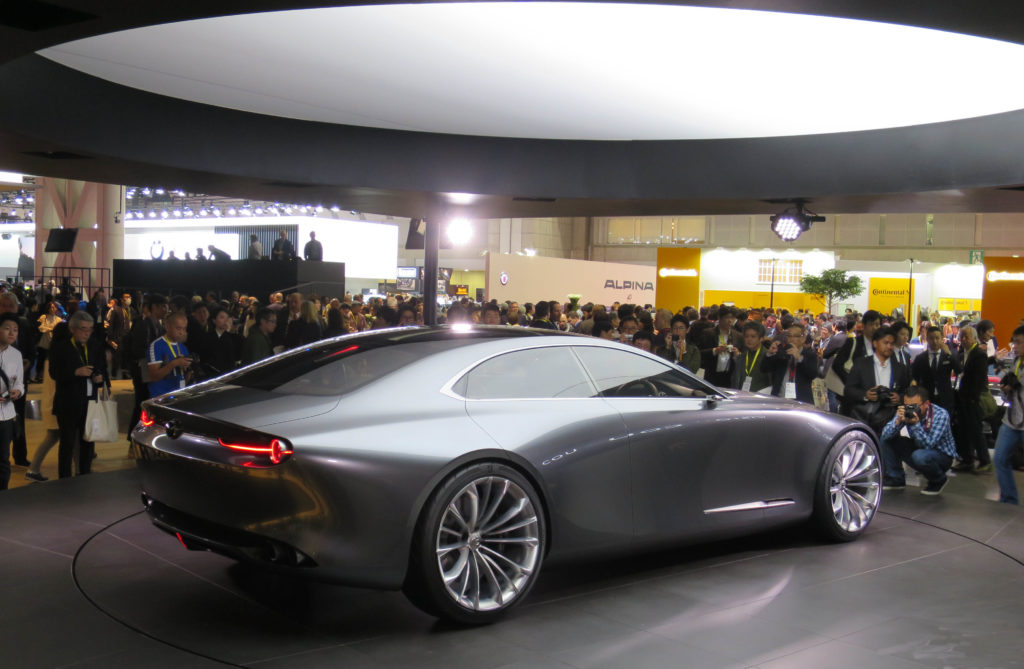 Under the lights, the Mazda coupe espoused a confidence and, yes, a vision that was immediately impressive. All credit to Ikuo Maeda, Mazda chief designer and his team for creating this show stealing sports saloon beauty. 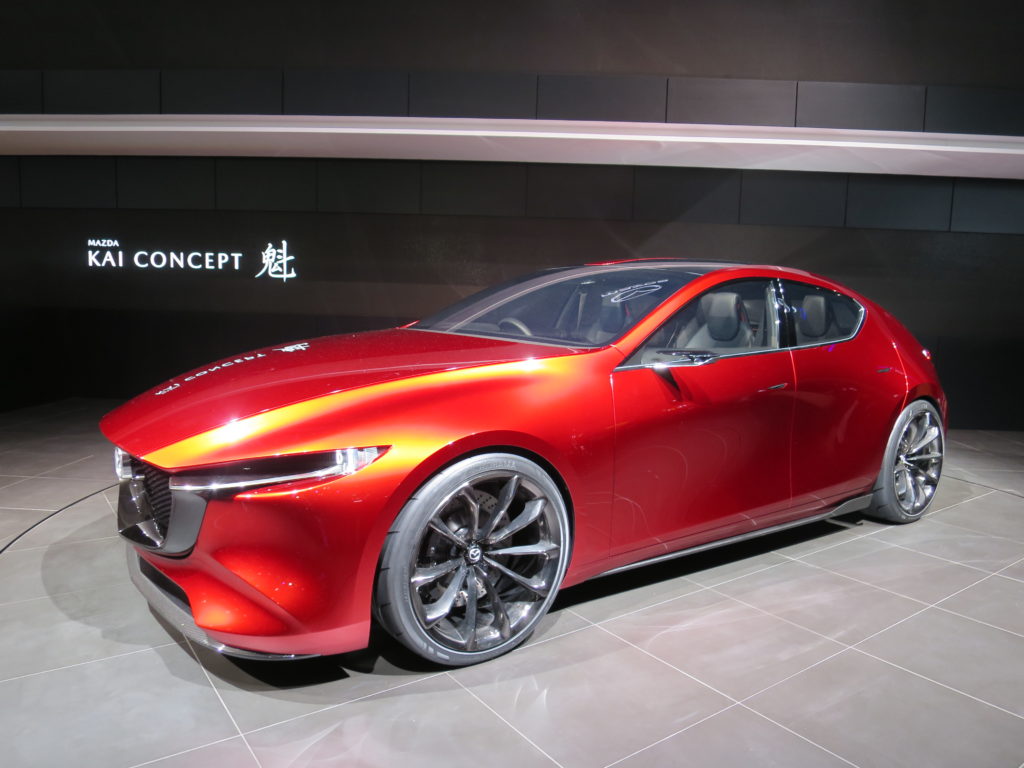 Alongside, there was the Mazda Kai concept, a neat compact hatch which showcased Mazda’s next generation SKYACTIV-X petrol engine and platform. Out of this may well come the next Mazda3 with step up in dynamics, comfort and refinement. So looking good. 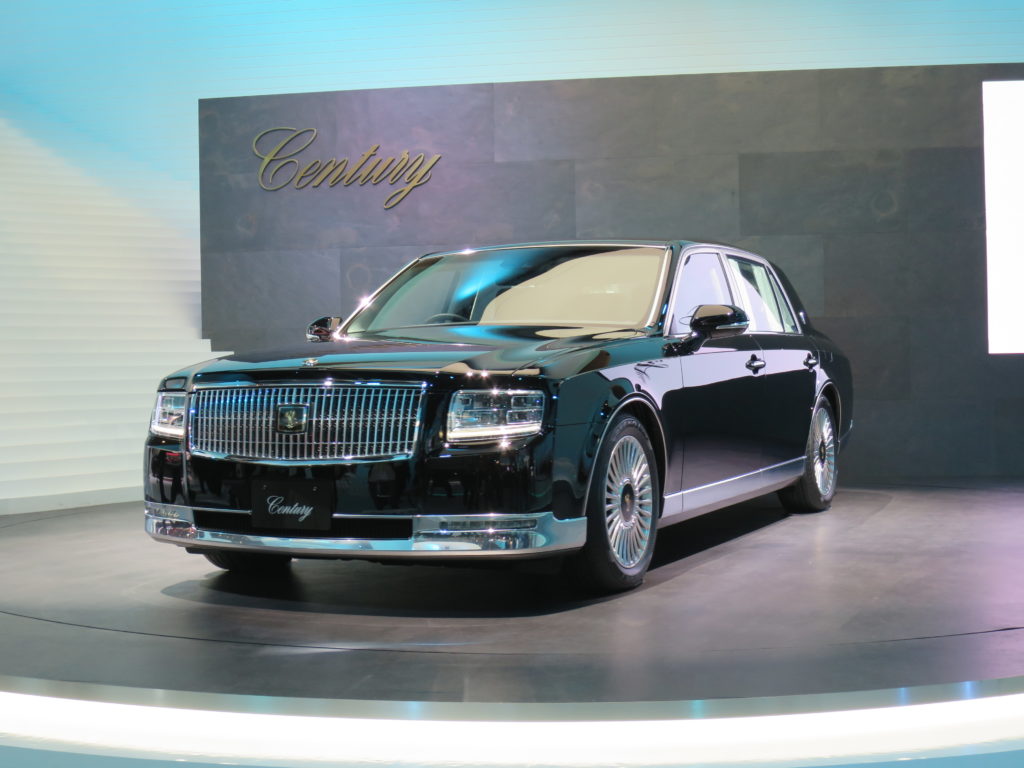 Toyota was out in force with a number eye catching concepts, starting with the entirely wonderful new generation Century luxury limo for the home market (now V8 hybrid, replacing the former V12). Yes, social media absolutely loved this one. 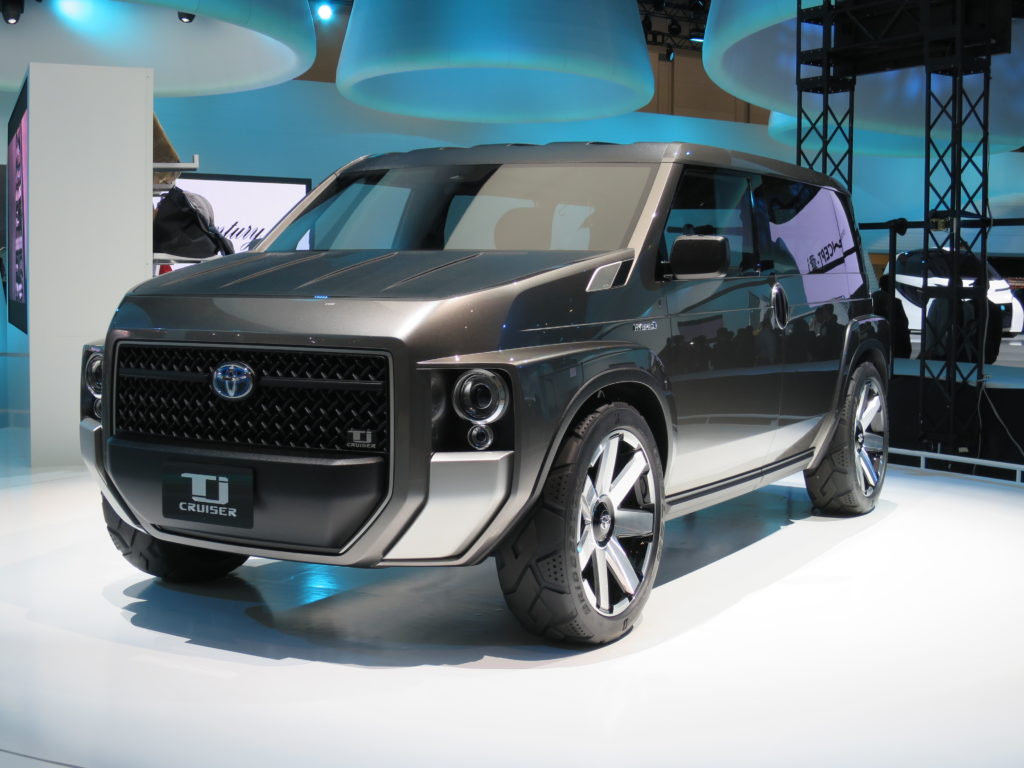 I liked Toyota’s boxy Tj Cruiser crossover with its cavernous interior and 2.0-litre hybrid drivetrain although that heavy front end styling is not for the shy and retiring. 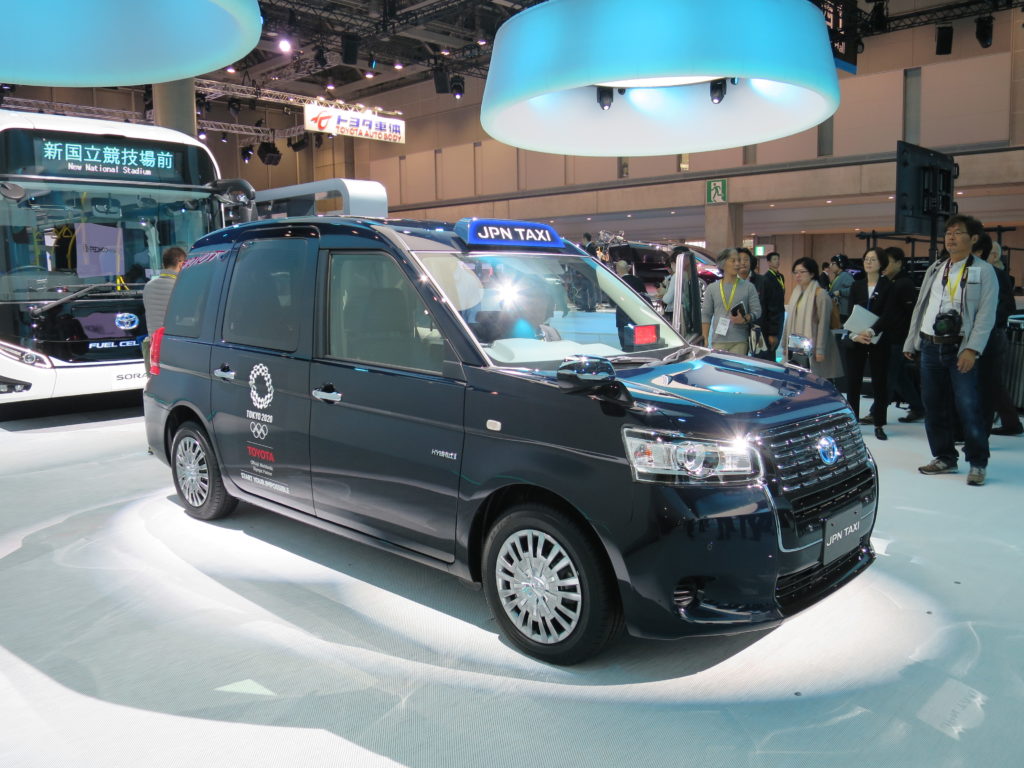 For years, Japan’s taxi fleets have loyally been made up of Toyota Crowns and Nissan Cedrics but Toyota’s take on a new Japanese taxi at the show is much roomier and visually not far off a London taxi. A good thing? Discuss… 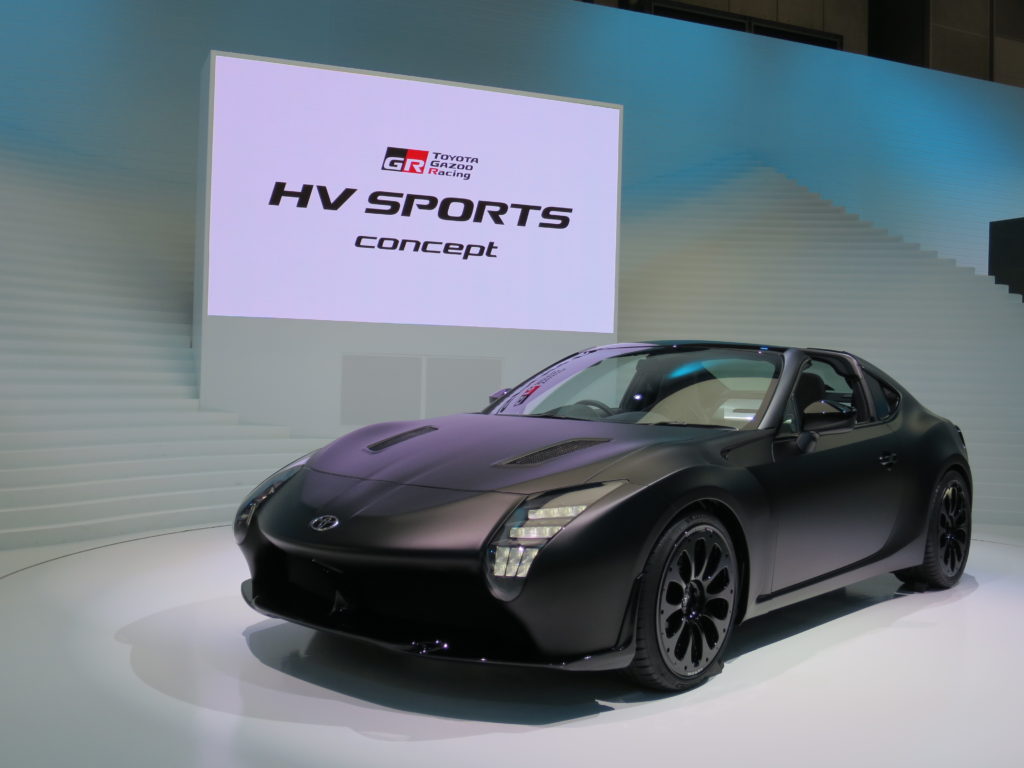 For the traditionalists, sort of, Toyota’s GR-HV Sports concept was a hybrid powered targa top spin off from the current GT-86 sports coupe (aka the Toyobaru). Interesting…. 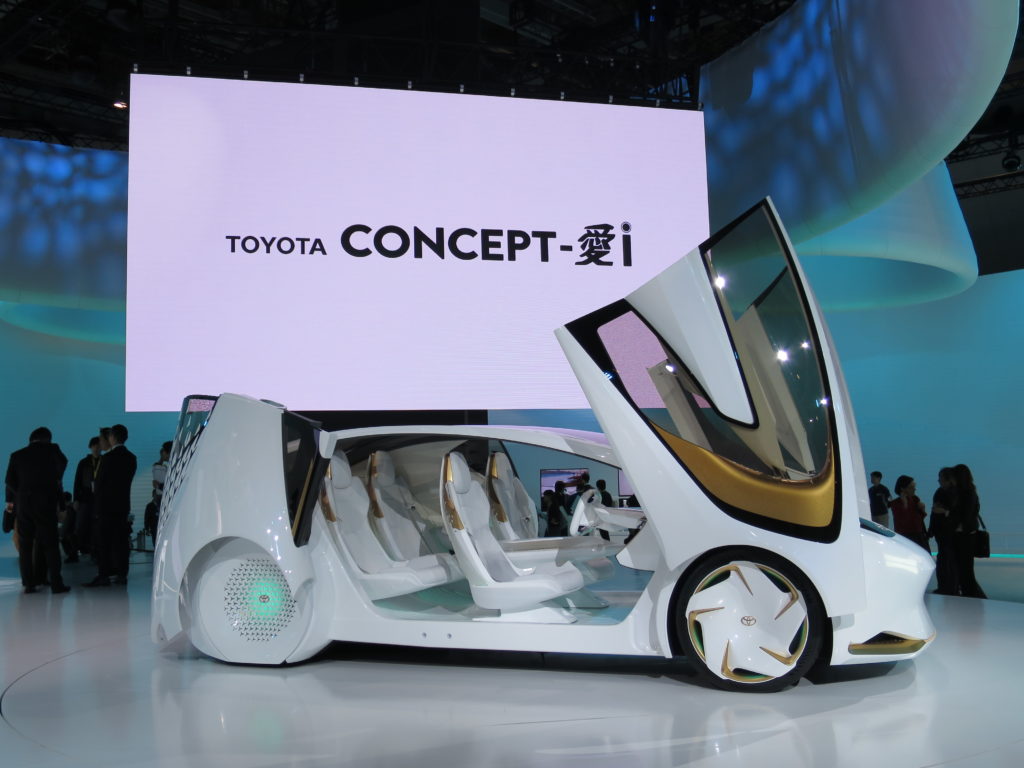 Under the hugely topical ‘future of mobility’ headline, Toyota’s EV powered Concept-i uses artificial intelligence to ‘understand’ your emotions so that you and the vehicle become ‘partners.’  I would like to try this one in practice, especially on the M25… 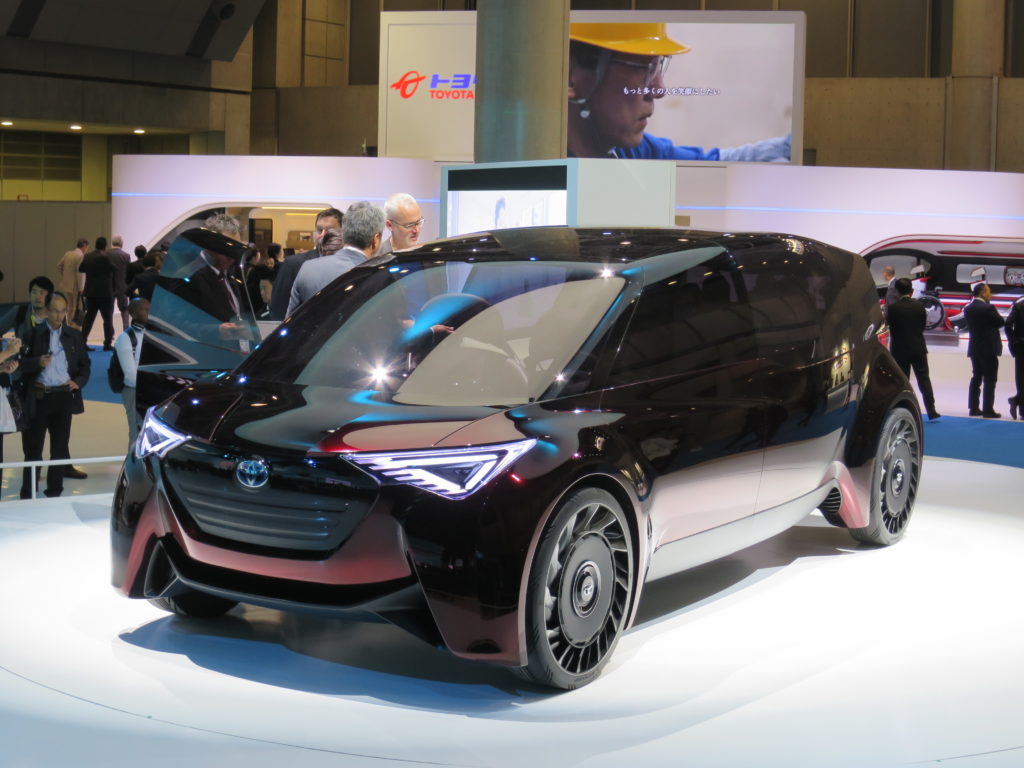 It has a ludicrous name but Toyota’s Fine-Comfortable Ride was a highly impressive new fuel cell concept with claimed 1000 km range. Toyota should really pursue this one. 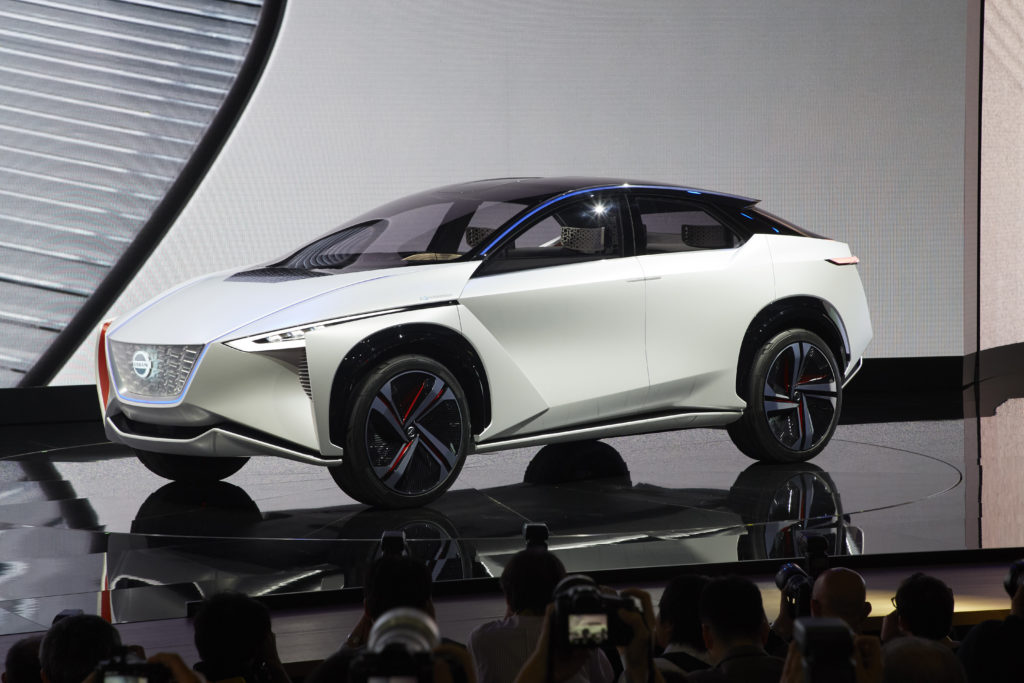 Nissan arrived at the 2017 Tokyo Motor Show under the cloud of a huge final inspection scandal in Japan. This put a dampener on the launch of the new Leaf and the unveiling of this IMx showcar: an all-electric, fully autonomous 4wd crossover concept conceived with the aim of ‘transforming the everyday life of drivers.’

The twin motor IMX comes with some mighty numbers, like a GT-R topping 700 Nm wave of torque and 600 kms-plus driving range yet it’s the high quality of its Japanese DNA design, inside and out, that’s equally highbrow. 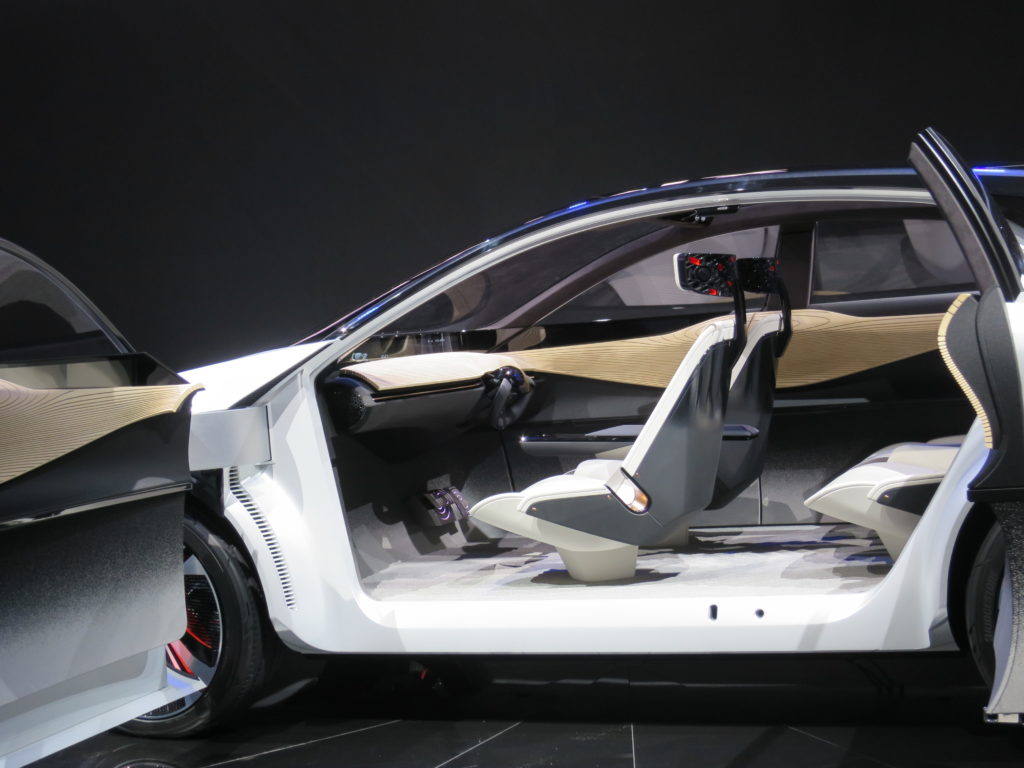 IMx has a future version of Nissan’s self-driving ProPILOT technology on board: when drive mode is engaged, the steering wheel retracts (very cleverly) and seats recline, giving you extra space inside. IMx can also park itself and come back on command and also act as a ‘virtual’ power plant by connecting to a local power grid and returning electricity to the grid. 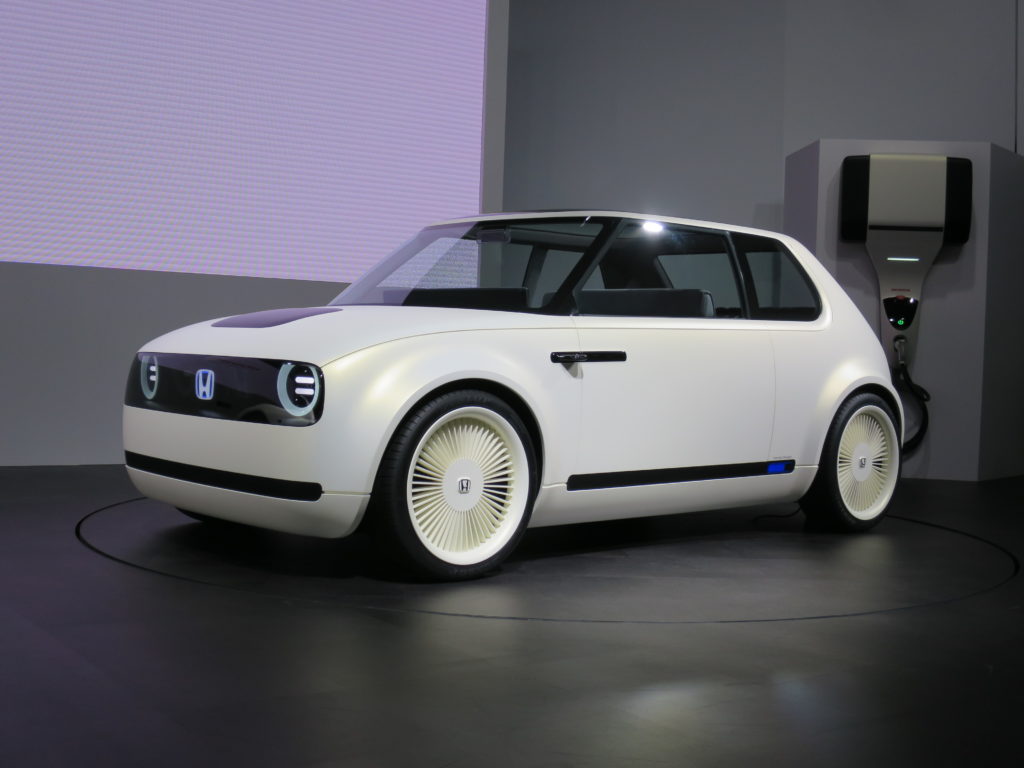 Honda. Back in September, Honda wowed the Frankfurt Show with this highly appealing Urban EV Concept, essentially an electric, modern day revamp of the original 1972 Civic. 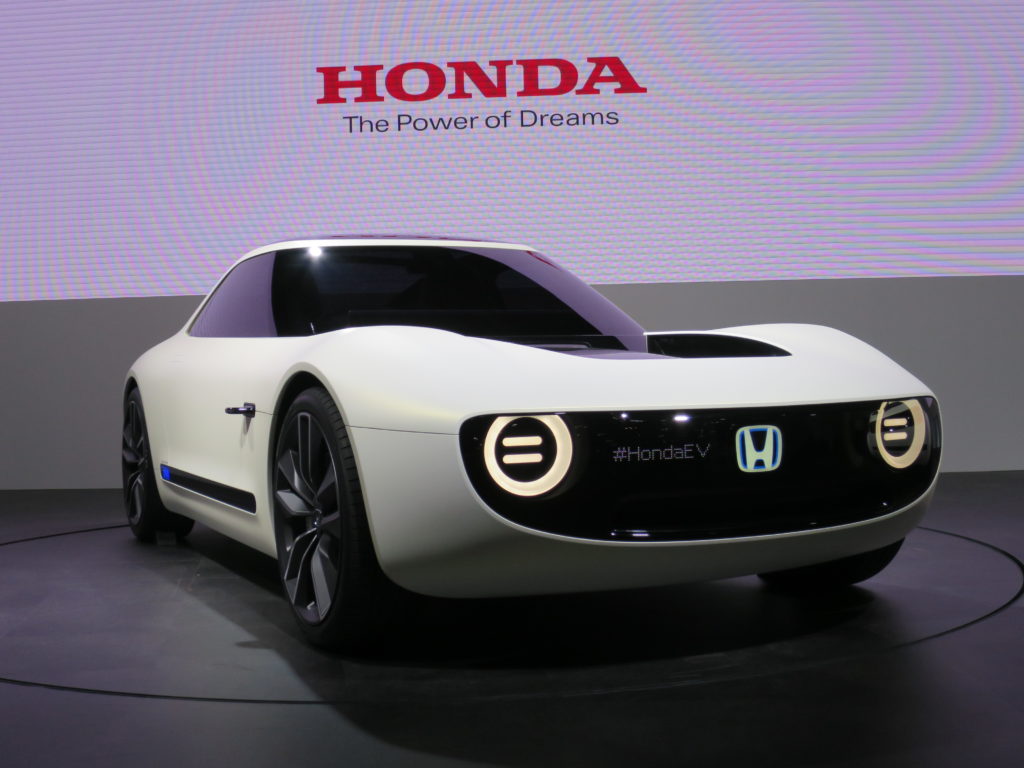 For Tokyo, Honda came up with the Sports EV concept, a slinky compact retro-style coupe which again received a high appreciative reception from the show floor and Twitterati. This one may or may not get built, so it’s said, but Honda would surely be mad to can it. 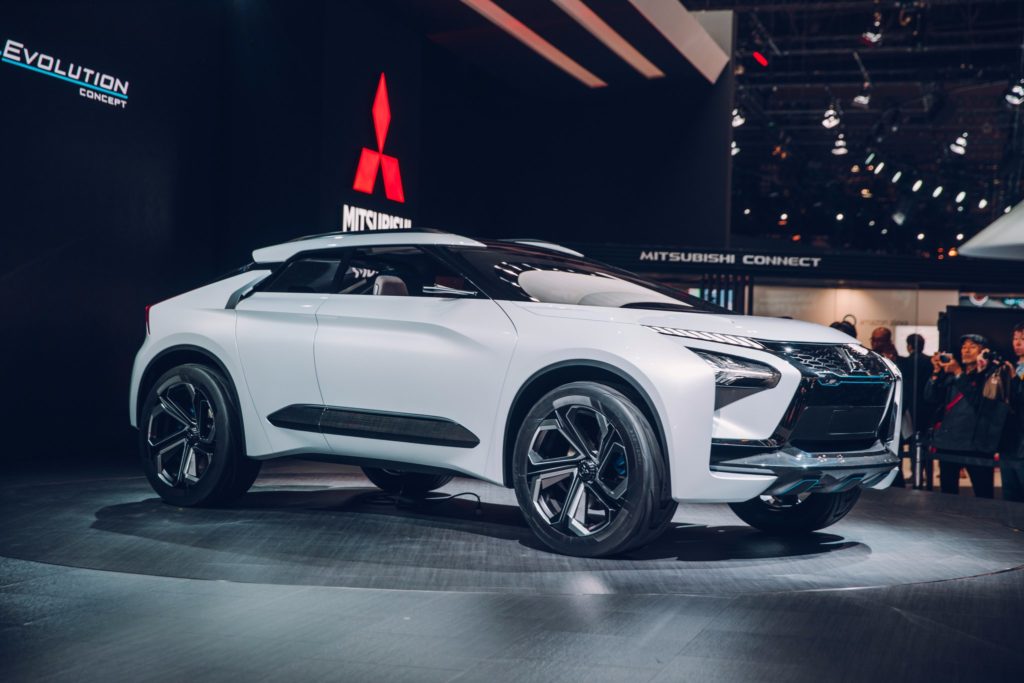 Mitsubishi, now under Nissan’s full control, staged a significant corporate relaunch at the show, with the brand new e-EVOLUTION concept leading the way. A punchy, compact, three-motor SUV study which takes Mitsu’s famed Evo concept to the next level, the e-EVOLUTION itself will not be built, we hear, but elements of its make up will appear in future Mitsu models. 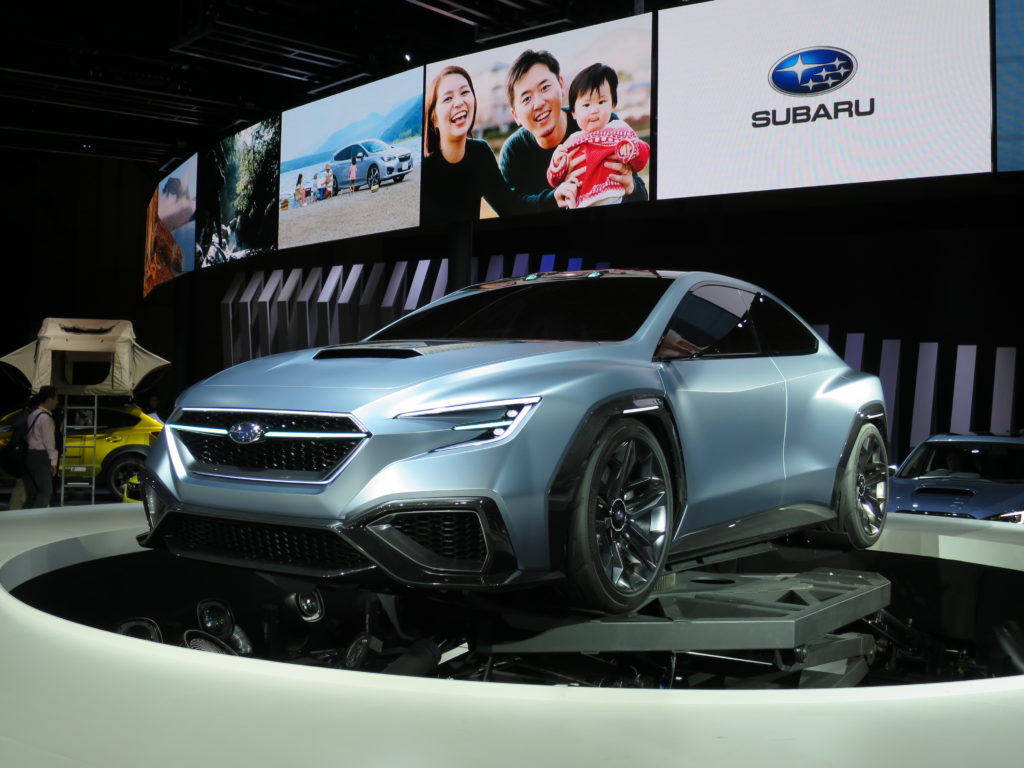 Like all the Japanese makers, Subaru traditionally used to offer three or more concepts at the Tokyo Show but in today’s world, we are now down to just one. The latest is this Subaru VIZIV Performance Concept, a muscled up four-door 4WD sports saloon.

Subaru has this infuriating habit of producing some highly attractive Tokyo Show concepts which then disappear to nothing (the 2013 Cross Sport concept is just one that springs to mind). But this VIZIV may well evolve into the next Impreza WRX STI, goes the word. 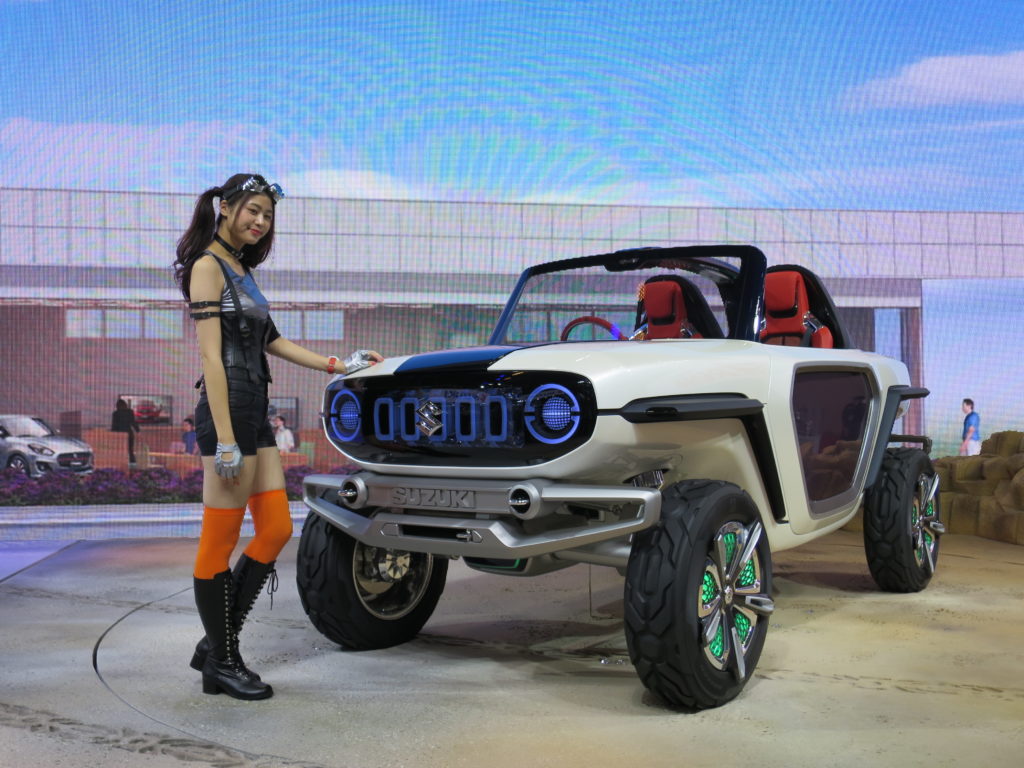 Fortunately, Suzuki and Daihatsu, Japan’s dominant 660 cc makers are still up for some fun, left of centre show car concepts as this deliciously oddball Suzuki e-Survivor goes to show. A fantastical, high riding beach buggy-type twin-motor EV, already set up for autonomous driving, the e-Survivor was utterly brilliant, front to back. I want one… 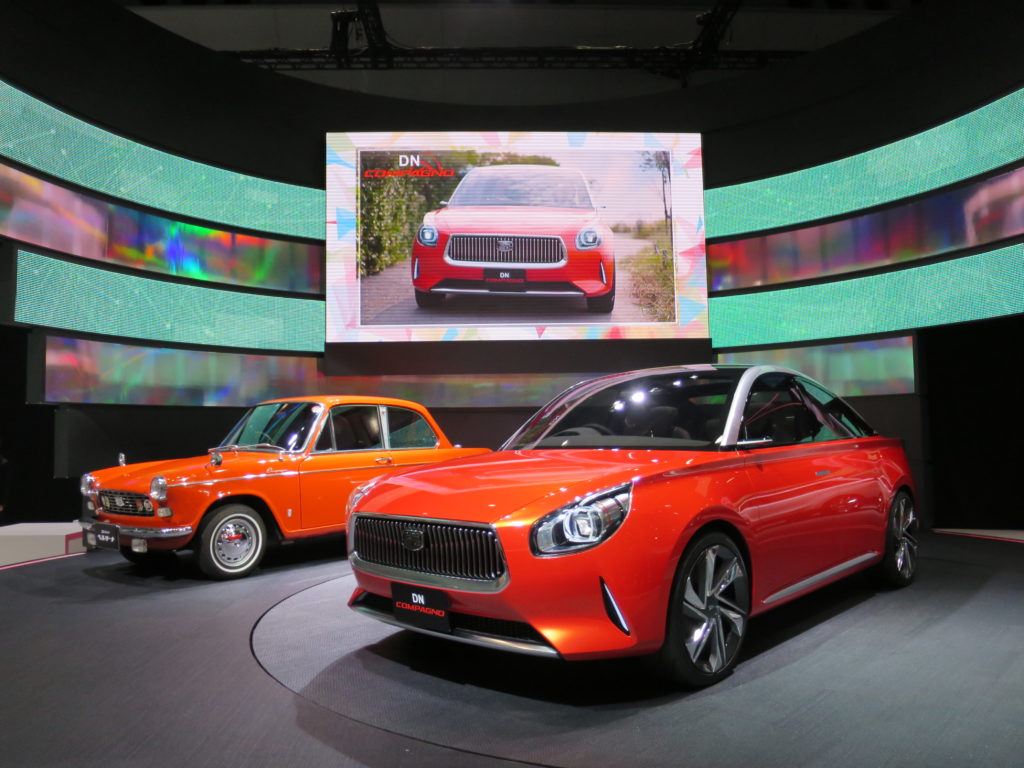 Back in the ‘60s, the Daihatsu Compagno was a small domestic saloon (they also made a convertible) with a definite sense of style. For 2017, Daihatsu created the DN Compagno, a very sweet downsized four-door coupe with 1.0-litre turbo and 1.2-litre hybrid. 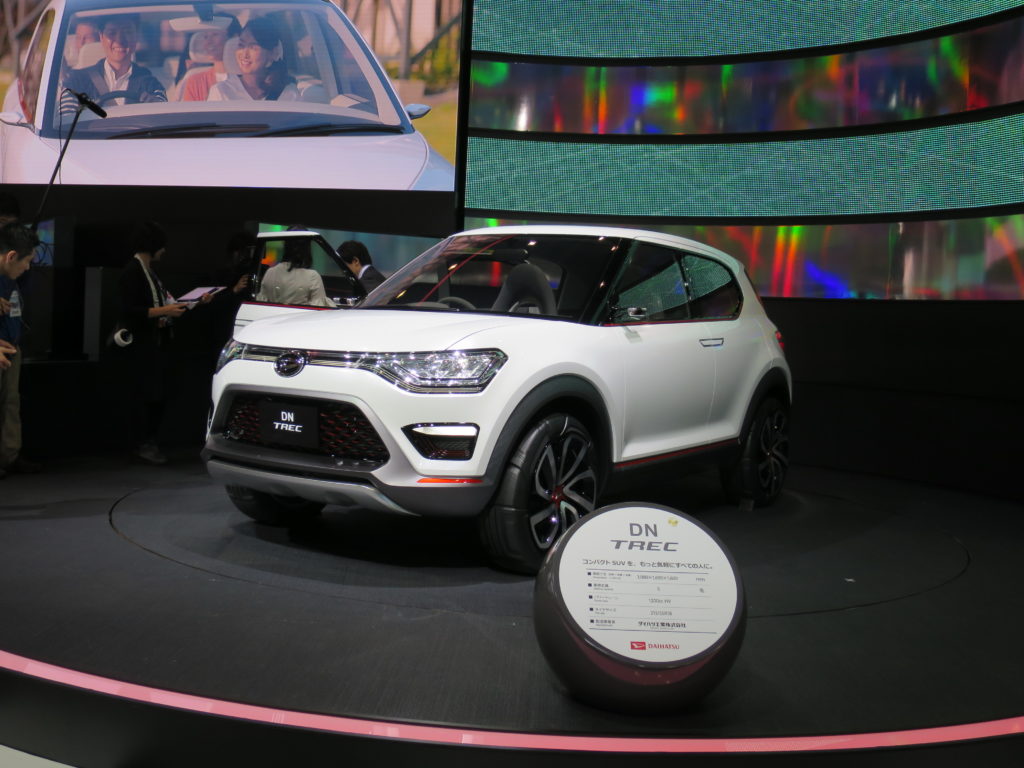 On the same stand, Daihatsu also had the DN Trec, a neat compact SUV using the same style powertrain. Yes, looking good and production ready for Japan and Asia, at least. 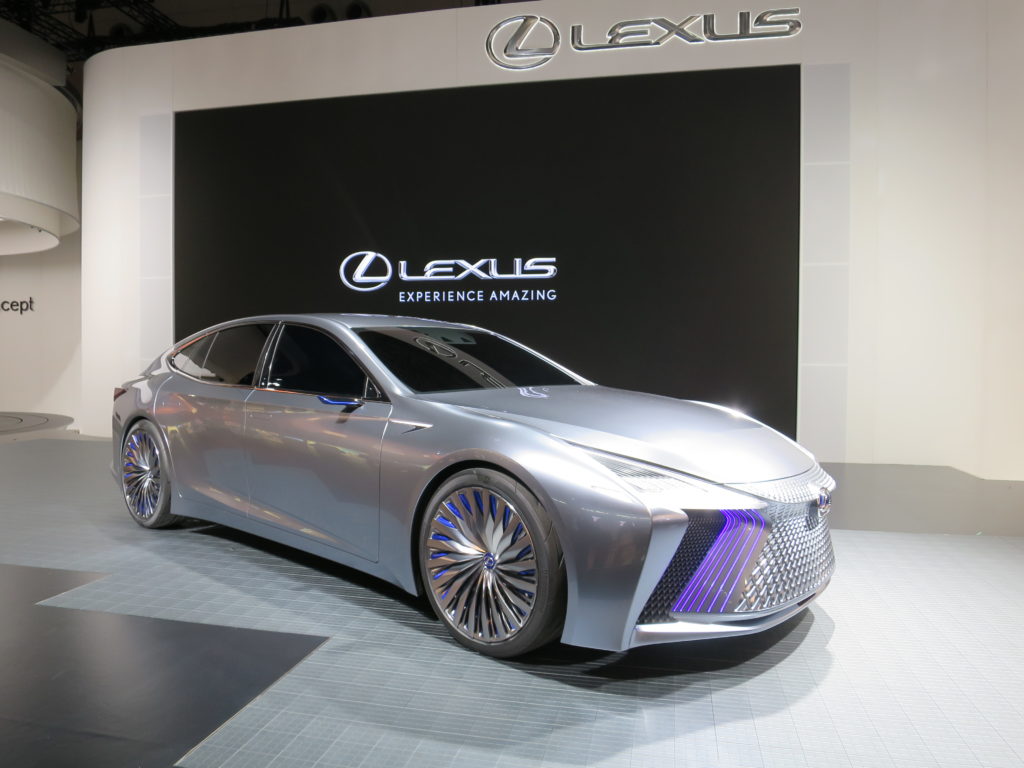 In the Lexus camp, we had the domestic launch of the new LS flagship and debut of the upscale, autonomous-ready LS + Concept, a future vision of its LS flagship fitted out with self-driving technologies set to come on stream during the early 2020s.

While the US and Korean makers once again stayed away, present and on site at the 2017 Tokyo Motor Show were the German premium brands – Mercedes, BMW, Audi, Porsche – with VW, Volvo, Peugeot, Citroen and Renault also making up the importer numbers. 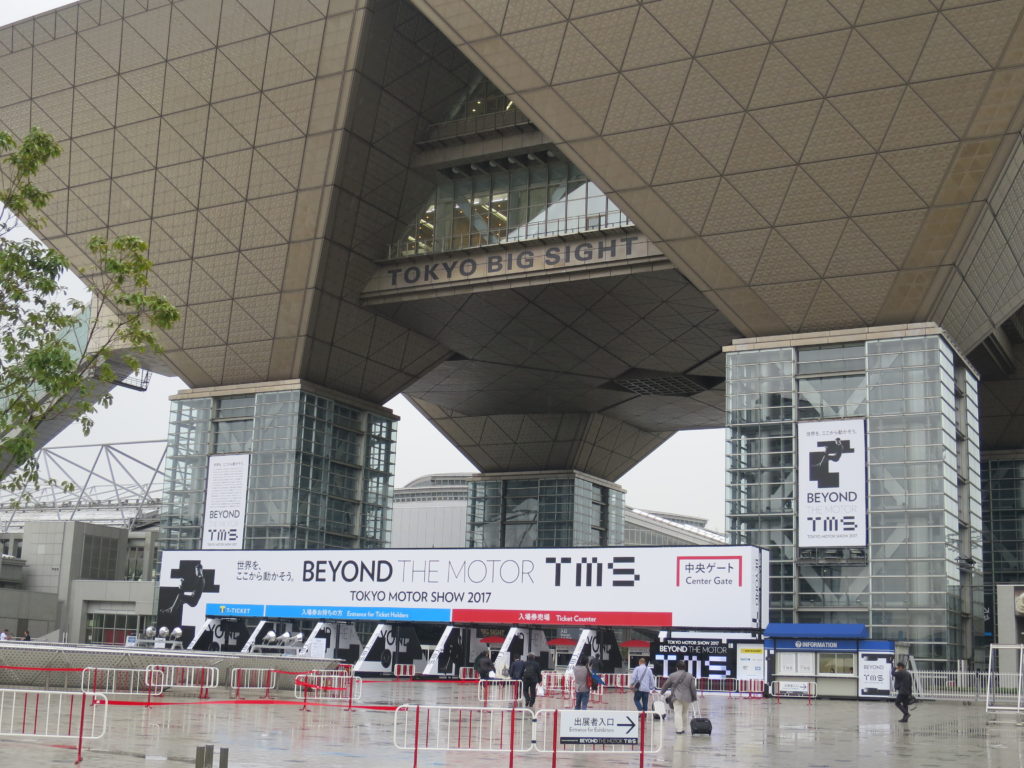 Overall, Tokyo 2017 stands as a decent show with some fascinating domestic reveals yet the show floor clearly lacked the pizzazz and scale of past years. Ever since JAMA has taken over the running of the show, the atmosphere has been toned down and the Japanese makers are not putting nearly the effort into the show that they used to.

While that sounds ominous…over the past 10 years, the big Chinese shows (Beijing, Shanghai and Guangzhou) and the emergence of the LA and CES shows in the US, have also emerged, stealing much of Tokyo’s thunder, alas. 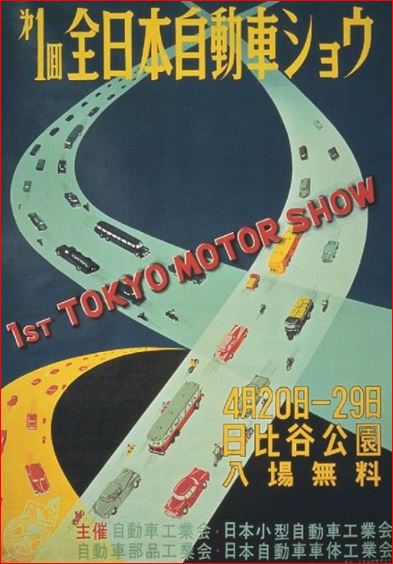 The Tokyo Motor Show has a long and distinguished history. This year was the 45th Tokyo Show (love the poster for the original 1954 show, above) and the 18th consecutive TMS that I’ve personally covered since 1987, so yes an unbroken 30 year run…

Times are changing and if the Tokyo Motor Show is not the spectacular force it once was, it still has its own appeal and vibe. It’s worth the journey. The next show will be in 2019. Already looking forward to that because, as ever, the TMS and Japan itself is something unique in this world.