My week with a Prius

Toyota9
Twenty seventeen is shaping up to be a big year for Toyota and its iconic Prius hybrid. This year marks the...

Twenty seventeen is shaping up to be a big year for Toyota and its iconic Prius hybrid. This year marks the 20th anniversary of the launch of the original Prius in Japan. Living in Tokyo at that time, I remember that unveiling very well and the huge buzz it created across the industry. Also the first Prius press drives up in a beautifully autumnal Nagano prefecture way back in 1997. 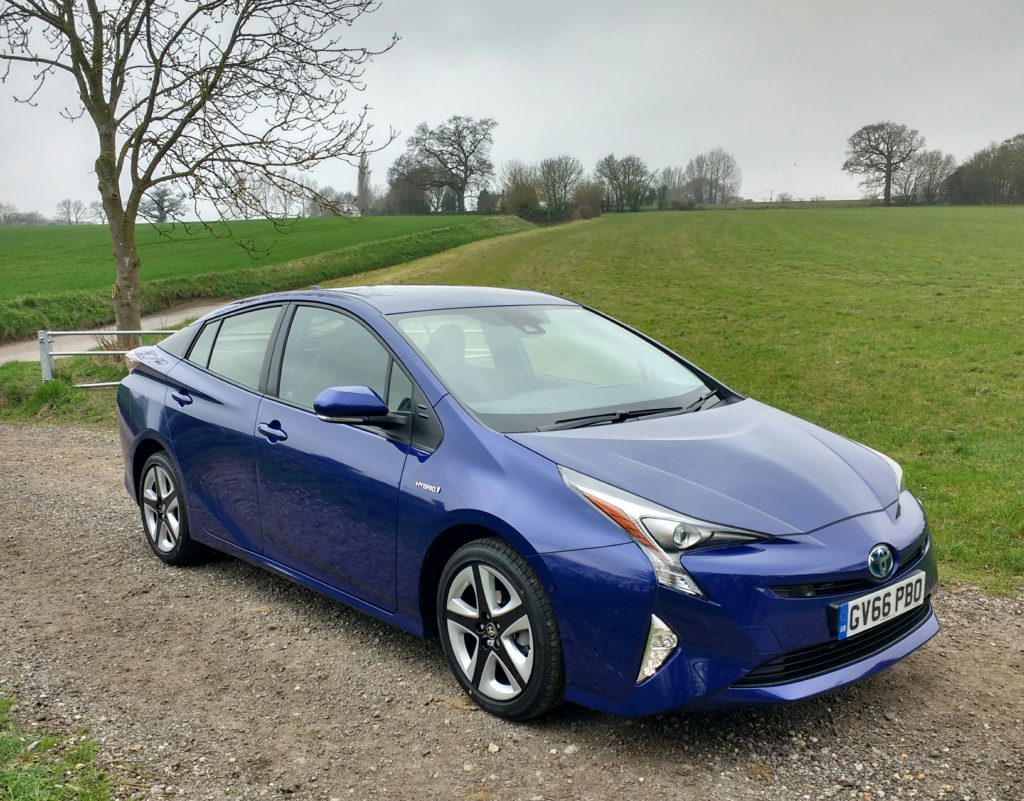 Fast forward to today and I’ve recently been spending time with this latest spec, fourth generation Prius, thanks to Toyota GB. It’s a car I really came to like and respect even if I can say the latest Prius shape is perhaps still not for the faint of heart.

Bold? Without doubt, and brave for Toyota to push the stylistic boundaries so far with such a hugely important new model.

So definitely something of a gamechanger for Toyota. Meantime, as you may recall, here are some they made earlier…. 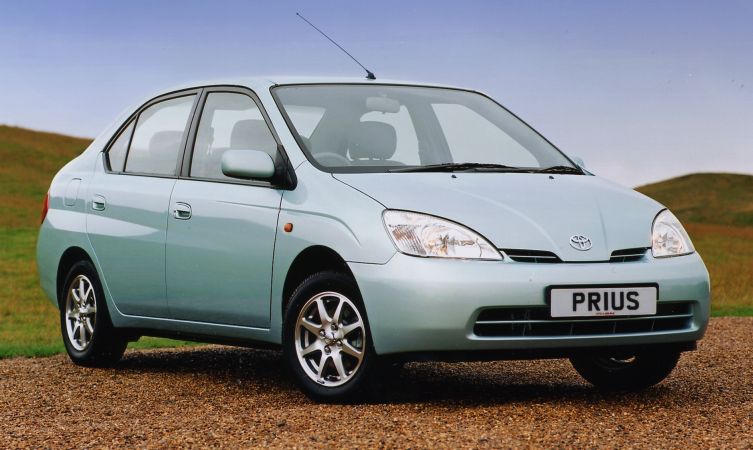 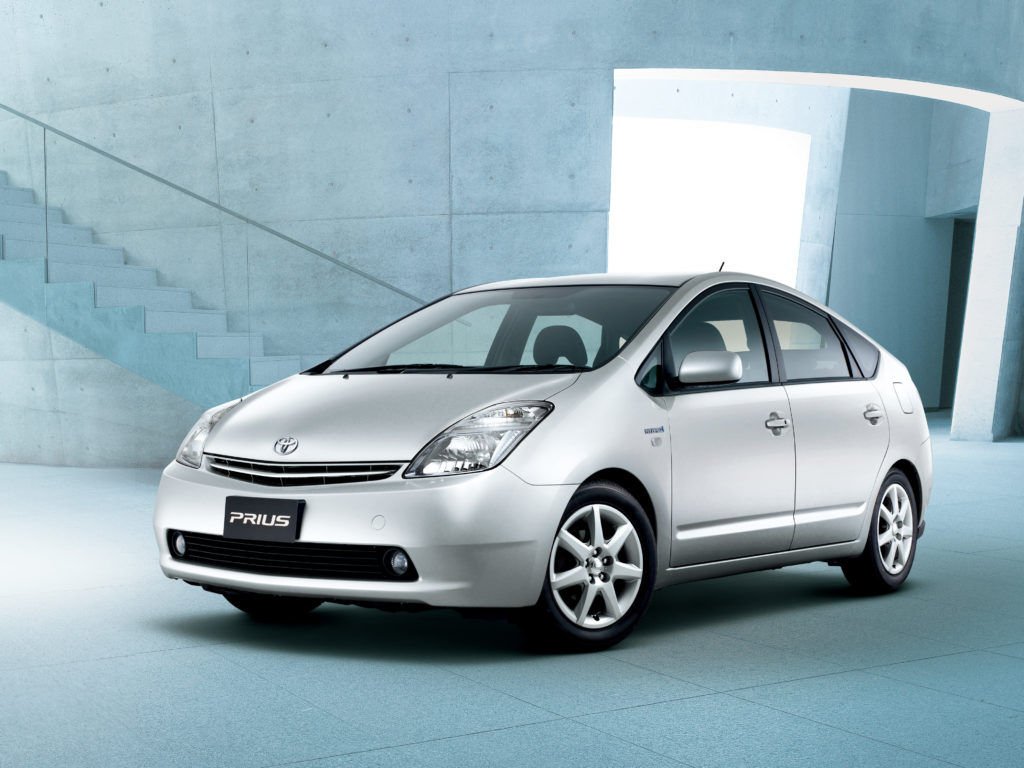 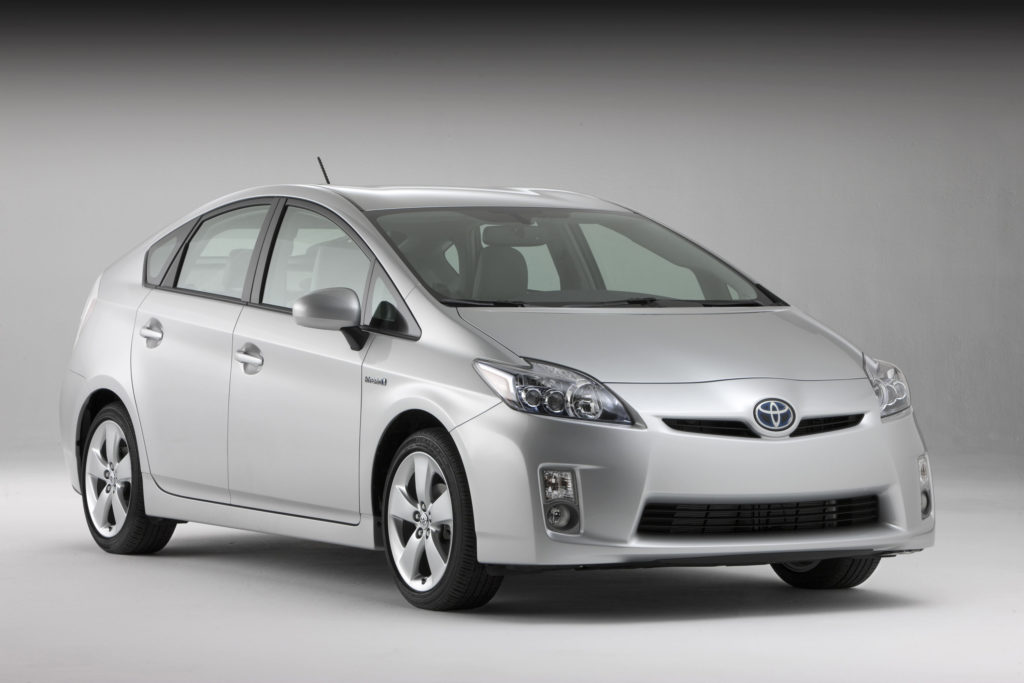 After the rather curious original Prius, Toyota played it far safer with the second and third generation Prius.’ But then they were built up largely around the concepts of efficiency and economy whereas this latest Mk 4 Prius gets all that plus a far more vibrant driving style. 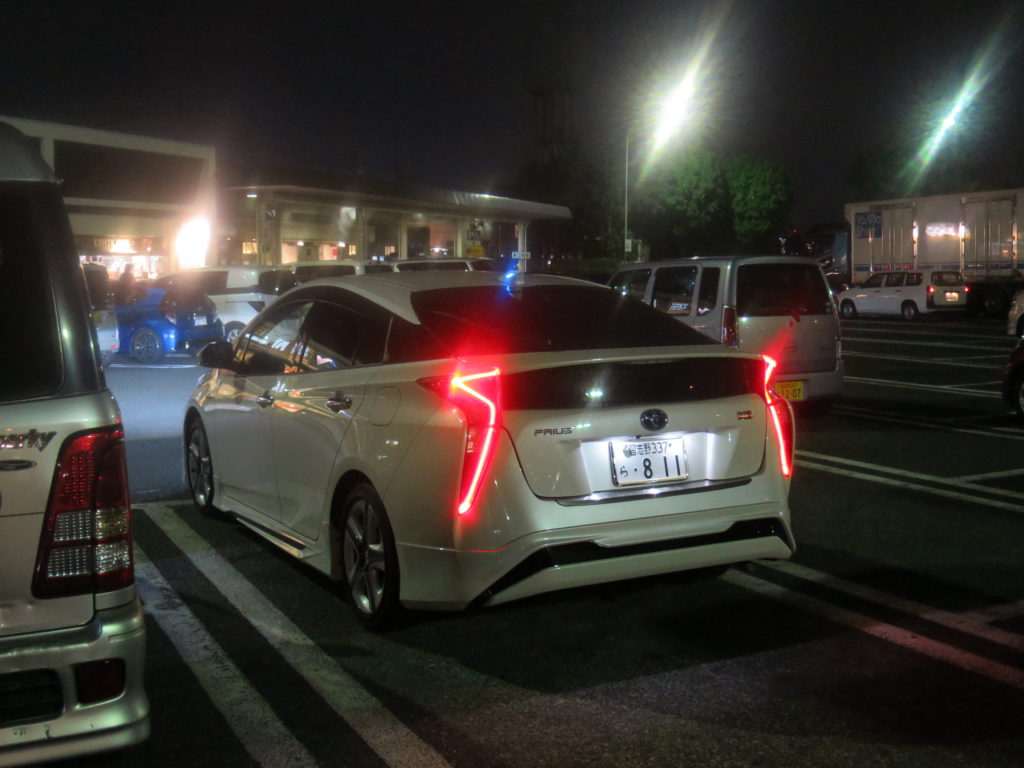 Some aspects of the latest Prius design really are uber cool to my mind, such as those vertical rear lights in full glow. Just fantastic…. 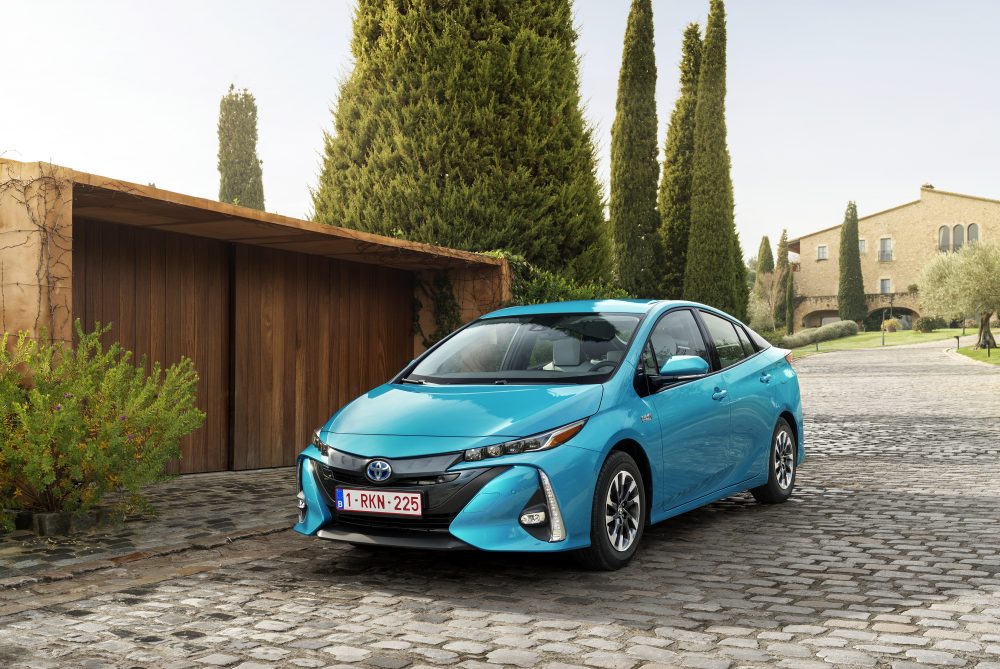 For me, the more cohesive, racy design of the higher grade Prius Plug in works far better. I mean, check out those lights and that amazing front end. Game on. Anyway, some 18 months on since its debut, let’s just say the Prius has lost absolutely none of its visual impact. 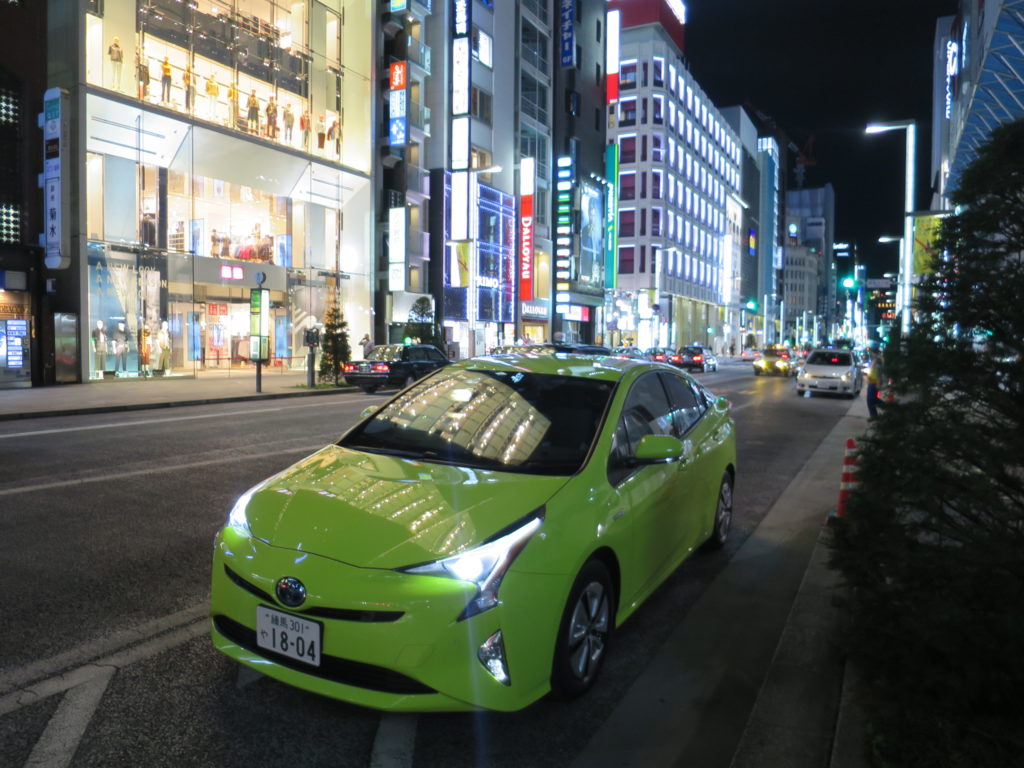 Last summer, I had a couple of days in Tokyo with this domestic market Prius finished in upscale heat deflecting Thermo-tect lime green. This was classic Prius: silent, seamless, efficient, roomy, a car which might not have set the pulses racing nevertheless totally looked and felt the part amid that ever futuristic cityscape that is Tokyo. 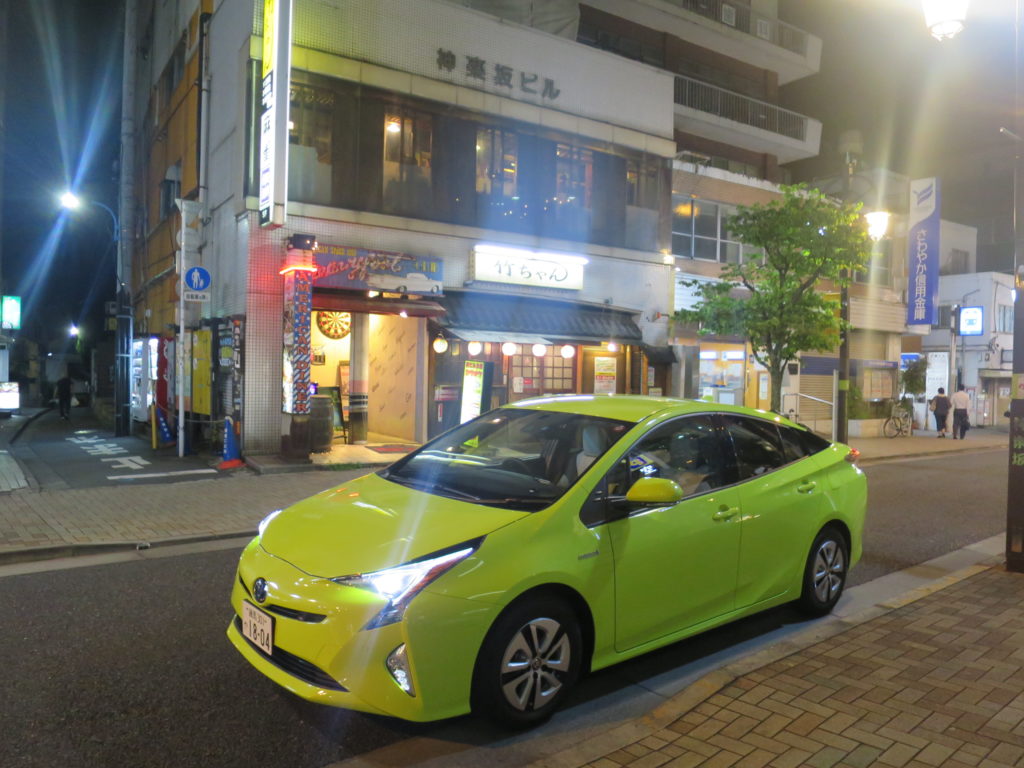 Just re-reading my notes, I see that I marked that Prius down as having quite a soft, almost French car feel. Actually, I quite liked that. On a corporate level, meantime, the Prius continues to be massive in Japan.

Prius is Japan’s number one best seller and in the last financial year, Toyota sold an amazing 225,066 of them. Today, it’s the CH-R that seems to be the Prius’ most serious domestic competitor; it’s the newier, funkier model and still has the latest Prius hybrid tech underneath. The Prius-CHR sales race to the end of the year will be an interesting one… 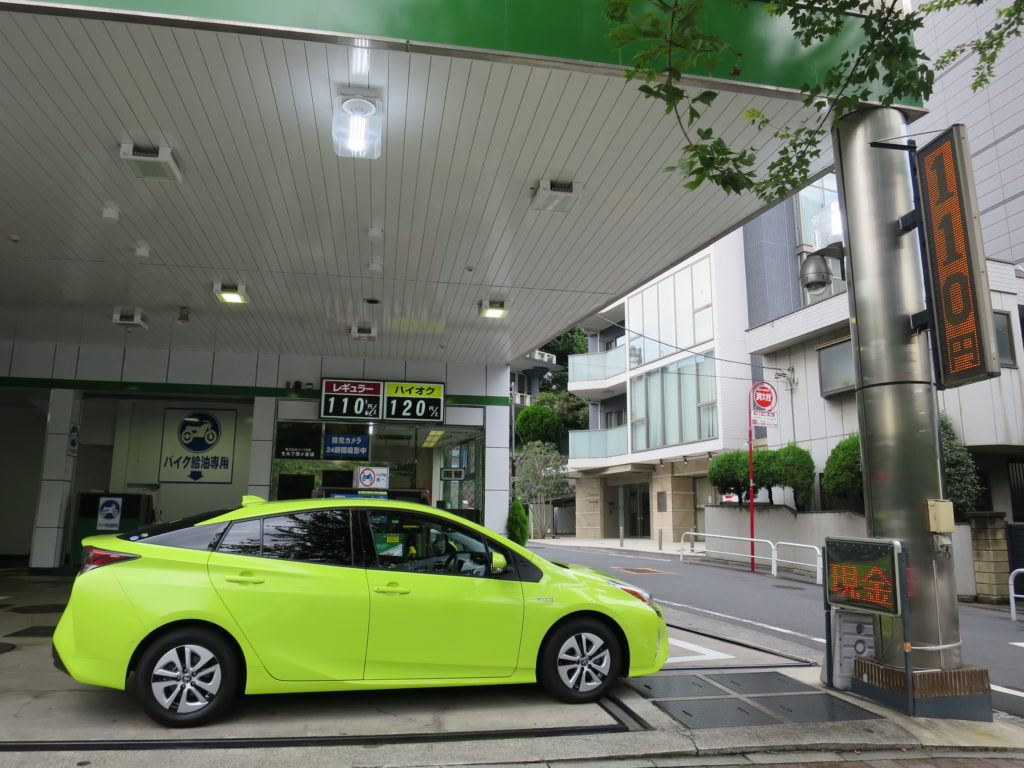 In Japan, buyers really go for the Prius’ smart modern, eco image, its roominess and practicality and, ahem, its low running costs (not least its extraordinary official economy of 40 km/l, equivalent to 113 mpg in the UK). To run one sends out the right message.

In the UK, the response is different, judging by some barbed thread comments and the odd “milk float” jibe. But then how many have actually driven the car? Yes, exactly… 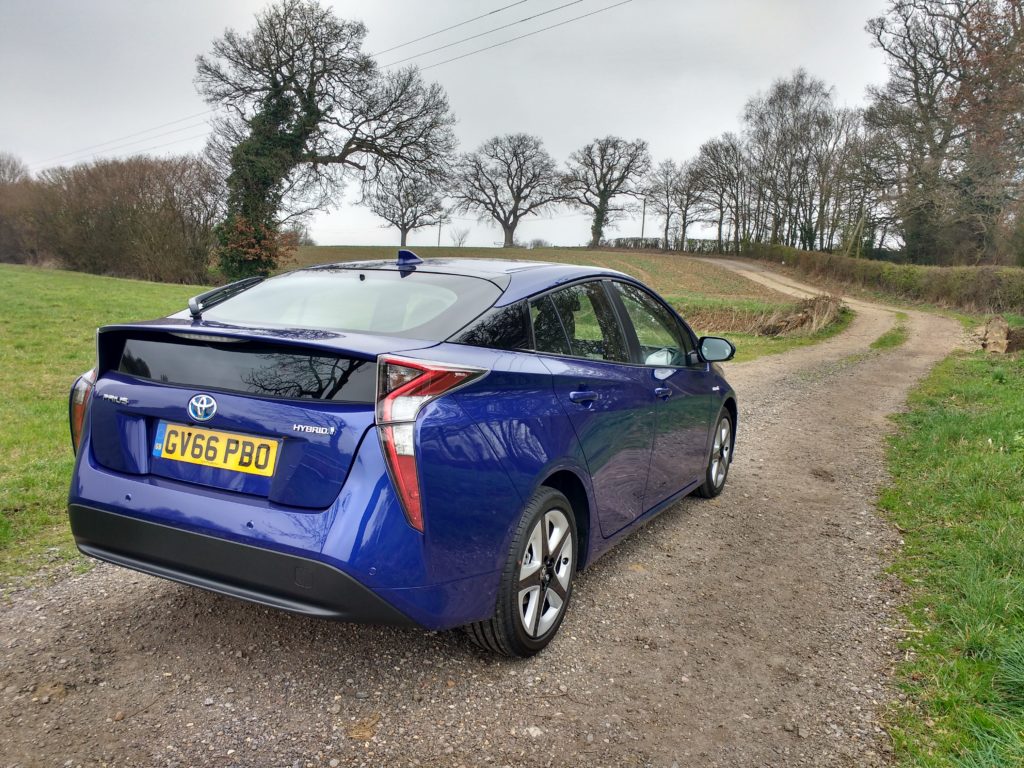 Over seven days in my care, the Prius surprised me on a number of levels. The car felt so modern and really something different.  ‘My’ car was a Prius Excel with Touch and Go Plus, coming at 76 g/km, with 85.6 mpg combined economy and £28,800 OTR.

Prius Mk 4 is the first of many cars to get Toyota’s new generation TGNA platform. This is a  much stiffer, state-of-the-art structure, also lowering the centre of gravity. Coupled with new suspension geometry (including nifty double wishbones at the back), this is a new gen Prius that really rides and handles. 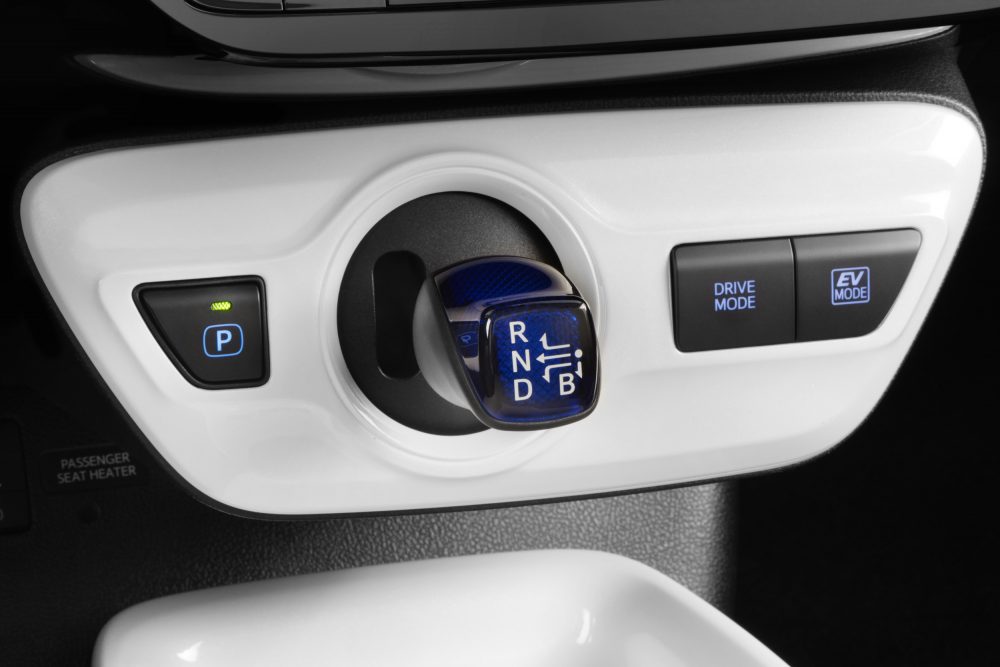 True, there is still an artificiality to the electric power steering response but in the big picture, the dynamics are a massive leap on Prius’ to date. You can set the 1.8-litre hybrid up three ways: Normal, Eco or Power modes. There is also a pure EV mode which gives you a silent, emission free and limited driving range, up to about speeds of 30 mph.

The real eyebrow raiser is the Power mode. Engage this and the Prius is genuinely alert and on the pace. Although speed is of course not what the Prius is all about, it’s nevertheless a new and entirely welcome side to the Prius’ character. 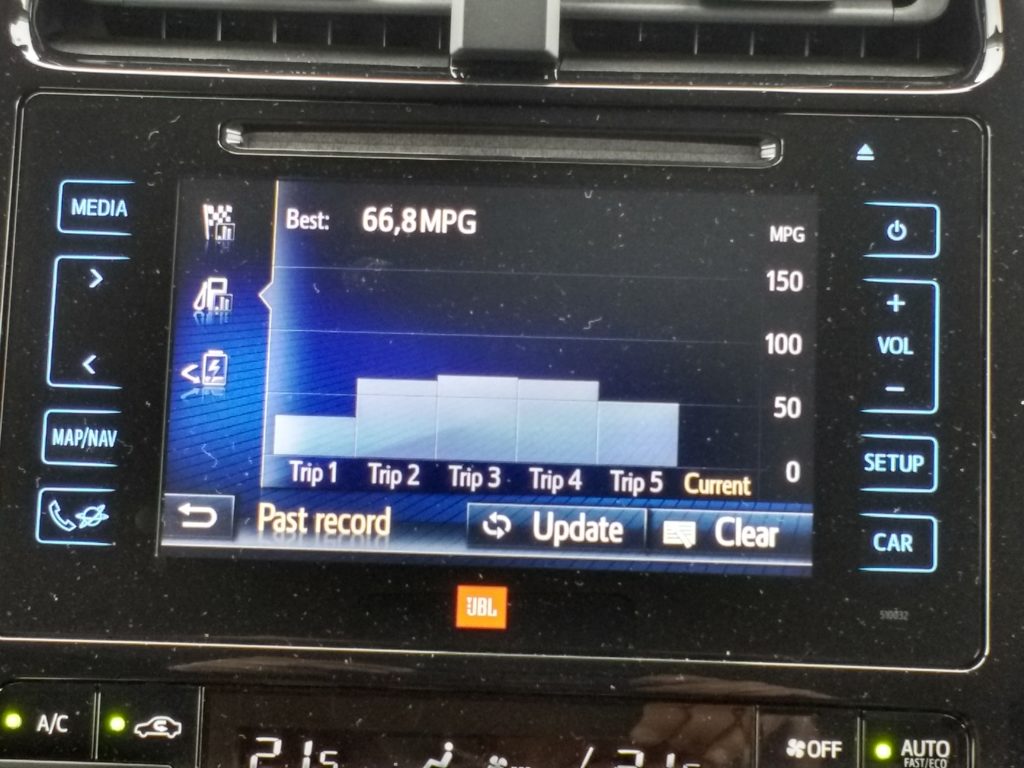 Economy? Perhaps unsurprisingly, I didn’t get anywhere near the official 85.6 mpg but a best of 66.8 mpg and some 55 mpg average seemed about par, covering a mix of motorway and school runs over the course of the seven days. 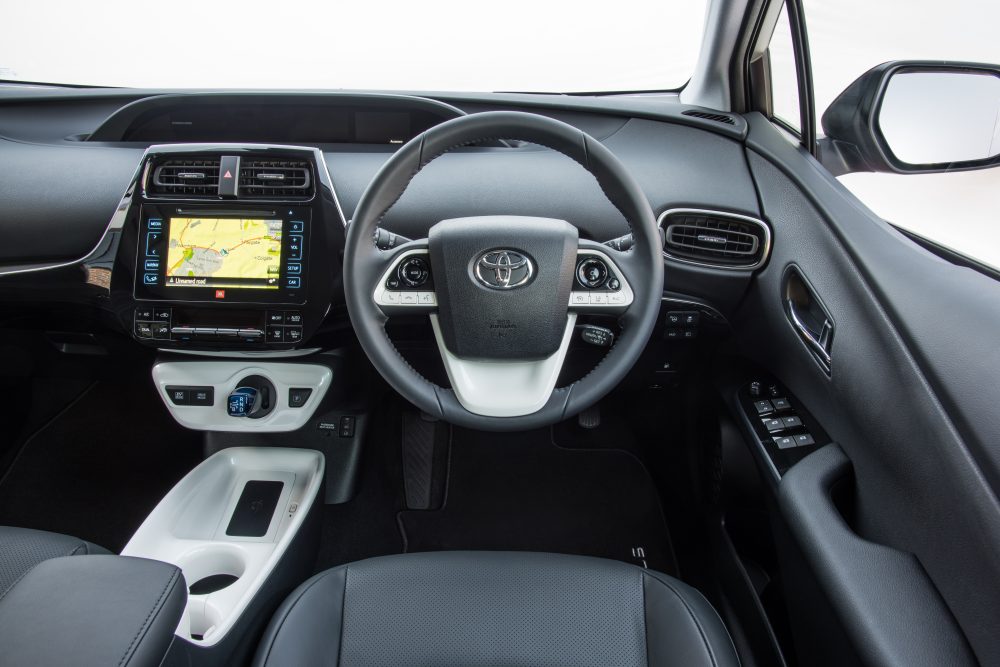 The new Prius interior is really well done, I thought, and there’s plenty of space. If you go for the Prius Plug In, you lose the middle back seat, so less practical. It’s also much pricier (some £32-£34K) but you do get the more advanced lithium ion battery, a far more viable (official) EV driving range of 30 miles, coupled with Combined economy of no less than 283 mpg!

Twenty years is an age in the car business and if the Toyota Prius is perhaps now overshadowed to a degree in the ultimate green corner by Toyota’s own fuel cell Mirai and super hyped electric Tesla Model 3, it is still one of the true industry benchmarks